We took an assessment of our lives, as if that would settle things. Two college degrees: check. Solid marriage: check. A couple of great kids: check. Senior management position after years of climbing the corporate ladder: check. Brand-new dream home in an upscale subdivision: check. Cute dog: check. Great vacations: check. Friends, meaningful activities, involvement in church: check, check and check. As we added checks, we were starting to feel impressed with our accomplishments. Maybe we were worrying about a whole lot of nothing.

God used those 22 words to begin to wake us up. Today, we know the reason why we were born. And knowing that reason led Curt and I on a journey that left very little of our former life intact. We left our home, our careers, our possessions, our town, our friends and a church we loved—everything that was familiar to us—to move, literally, halfway around the world.

If that sounds to you like we made a huge mistake, I invite you to accompany us on our journey. We moved our family to a region of the world we had thought very little about up to then. We lived in a culture we were honestly a little afraid of. And the timing of our move followed shortly after one of the greatest natural disasters of this generation.

Did we throw away 40-plus years of accomplishments just to endanger our health, our children’s safety and our family’s stability? Again, I invite you to experience what we experienced in one of the world’s most densely populated Muslim provinces.

In seeing how God spoke to us during a time when we couldn’t have been more satisfied with the life we already had, perhaps you will hear God reveal the reason why you were born. You might learn you are exactly where he wants you to be, or that it’s time for a change. One thing is certain, there is no other question you can answer that will move you quite like this one.

December 26, 2004
Our Lives Were Changed by a Tsunami in Asia

Dec. 26, 2004, should have been just another sunny Sunday morning on the northernmost tip of a spectacular island in Southeast Asia. Though it was the day after Christmas in the Western world, here there were no twinkling lights, turkey dinners or piles of discarded holiday paper. It was just another day in this strict Muslim province.

Most of the locals had been awake since sunrise for the first of the five obligatory daily calls to prayer. By 9 a.m., people were moving about the city on the only non-work day of the week. Parks were filled with children and large numbers of city dwellers had flocked to the pristine Indian Ocean beaches, a favorite gathering place for swimming, chatting and eating freshly caught grilled fish. In the villages, women were finishing household chores. And fishermen, who never seem to have a day off, were already out to sea.

There is a phenomenon in the South Pacific known as the Ring of Fire, characterized by volcanic and geologic instability. Although earthquakes are a fact of life in this part of the world, no one was prepared for what happened that sunny morning in December. At 9:15 local time, the earth shook violently for between eight and 10 minutes. The magnitude of that earthquake, the third largest ever recorded on a seismograph, registered between 9.1 and 9.3. This province of 4 million people was the closest point of land to its epicenter.

As soon as the shaking began, locals knew to take the usual precautions. They evacuated their homes to avoid being injured by falling objects or structures. But this earthquake was unlike any other. Nothing had prepared the people for what they were seeing and feeling, because they had never before experienced an earthquake of this magnitude. It wasn’t enough to just get outside. The tremors were so strong the only thing people could do was to lie down in the streets. Remaining upright was impossible.

From Outreach Magazine  Eugene Peterson: Four Words That Direct the Course of Our Lives

Within 10 minutes, homes and buildings were flattened. Roadways and bridges were severely damaged or completely taken out. If you are driving to work or preparing dinner, 10 minutes may not seem like a long time. But it seems like an eternity when the ground underneath your feet threatens to drop away. As roadways were cracking and the ground kept rising and falling like a living thing, panic set in all across the affected province.

When the earth finally stopped shaking, there was relative quiet for 15 minutes. The earthquake’s epicenter was many miles off the coast, so it took a quarter hour for the wall of ocean to reach shore. The first tsunami wave struck a beautiful, unspoiled coastline. But the people in the city didn’t know what was happening on the coast. They were unaware that just five miles away, entire villages were being annihilated. Thousands of their friends and relatives were losing their lives, and the landscape and lives in this province were being changed forever. 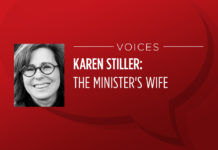 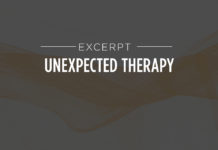