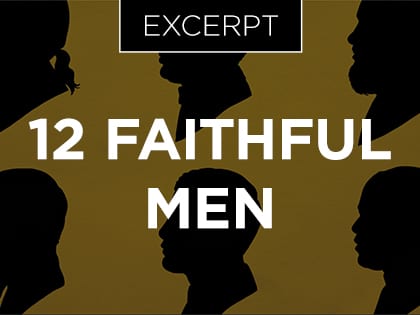 If you’re a pastor, you’re called to suffer. But you’re in good company with past saints and God promises to be faithful.

Sarah Eekhoff Zylstra, senior writer for The Gospel Coalition, reported that pastor suicides climbed 24 percent between 1999 and 2014. This trend serves as further confirmation that the difficulties that accompany pastoral ministry only increase over time. It was anything but easy for the apostle Paul, and it is anything but easy for today’s pastor. Atop your job description as a pastor is suffering. And if you serve a local body in this capacity for more than three weeks, it will become part of your résumé.

If you sent a résumé to a search committee to be considered for a pastoral opening, what types of information would it contain? No doubt it would detail all the positive ministry experience you have logged. If you had served as a pastor in one place for a few years, you’d put that first, particularly if things went fairly well. If you worked as a youth minister while in college, you’d put that down. If you taught a Bible class or served a short-term mission stint overseas, that would certainly make the list. You would include the names and contact information for several people likely to give a friendly assessment of your qualifications, character and background.

Your aim would be to make certain your strengths stand out in bold relief so you would appear—on paper at least—better qualified than the other candidates.

Paul’s ministry qualifications read like the diary of an Auschwitz survivor: imprisonment on false charges, flogging, starvation, shipwrecked, hard labor, robbed, sleepless nights—all things that portray him as a weak man. Why? Because, as Paul goes on to tell the Corinthians in chapter 12, he was called to suffer. The gospel’s work moves forward and the church gets built on the tracks of suffering, which demonstrate God’s power working through the conduit of human frailty. When I am tempted to throw a pity party over some trifling anguish I’m facing in ministry, I go to Paul’s account here to put it in perspective. I will never suffer this way for Christ. Compared to this, all is well.

From Outreach Magazine  Special Report: The Bible and the Church

It is clear from Paul’s writing in 2 Corinthians and in other epistles that he expected all faithful ministers to experience some level of affliction. In 2 Timothy 2:3, Paul commanded that Timothy, his son in the faith, “share in suffering as a good soldier of Christ Jesus.”

As a herald of the gospel of Jesus Christ, I am called to suffer.

Throughout the history of the church of Jesus Christ, a pattern has emerged. Those whom God has used profoundly to build his church suffered grinding affliction along the way. The church father Athanasius (AD 296–373) was exiled five times on accusations of heresy. Dozens of early believers were burned at the stake or fed to lions. John Calvin (1509–64) lived much of his life under a threat of death from the Roman Catholic Church. Puritan pastor John Bunyan (1628–88) wrote Pilgrim’s Progress during a twelve-year imprisonment for preaching the gospel. Charles Spurgeon (1834–92) lived in constant physical pain and suffered profound anxiety for boldly upholding God’s Word in the face of rising liberalism in the nineteenth century.

Scores of others, including those whose stories compose the remaining chapters of this book, lived out the famous dictum of A. W. Tozer (1897–1963): “It is doubtful whether God can bless a man greatly until he has hurt him deeply.”

It is vital that ministers recognize this promise early in their ministries, else they may be tempted to quit when things don’t go as planned. Suffering will either confirm their calling or drive them from ministry.

My wife and I had never been able to relate to the many families around us who suffered through failed pregnancies until our first son died in Lisa’s womb in the fall of 1999 after five months. We were planning on naming him after my distant cousin, baseball great Brooks Robinson, in hopes God would give him that same baseball gene. In the years that followed, we were amazed at how many friends came to us for counsel and encouragement after losing a child in utero. I had never really been able to relate to fellow pastors whose ministries exploded like Mount Vesuvius until mine did two years into my first pastorate. Previously, the best I could do was offer some Reformed-sounding platitudes featuring the Puritans, Spurgeon and maybe Corrie ten Boom, assuring them that these saints suffered and we must too. But my words fell with a thud; I knew not of what I spoke.

From Outreach Magazine  Practices of Love

We don’t fully understand affliction and God’s unbending faithfulness in the cauldron until we’ve spent time boiling in it. God remedies this lack in his servants as the apostle learned ad nauseam. Paul and Barnabas strengthened the churches at Derbe, Lystra, Iconium and Pisidian Antioch and instructed Christians to remain true to Christ, assuring them “that through many tribulations we must enter the kingdom of God” (Acts 14:22). How were they to become kingdom citizens? Surely through Christ alone but also through trials. But Paul assured his readers that God would be with them in the furnace—as he had the Hebrew boys in Daniel 3. In turn, they would then be able to assure anxious believers of the faithfulness, lov and mercy of God who promised never to leave nor forsake his people (Heb. 13:5).

Pastoral ministry is not a shelter from the storm of this fallen world. Rather, it is a call to plunge headlong into it.