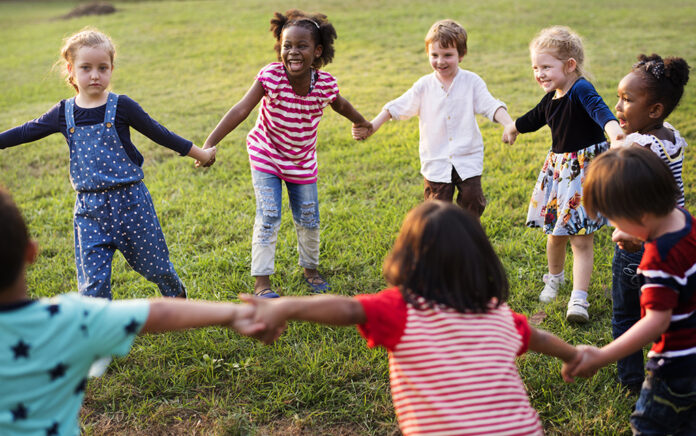 Jesus is building his church, and children are a big part of it. If we’re going to follow his lead, we must welcome, protect, and value kids as a ministry priority.

One day, Jesus’s disciples came to him with a question: “Who is the greatest in the kingdom of heaven?” (Matt. 18:1). The parallel passage in Luke 9:46–48 reveals that the disciples had been debating among themselves as to which of them would be the greatest. It’s as if each of Jesus’s followers is asking, Will it be me? Am I the one who is up for promotion? How would you handle this group of overly ambitious trainee ministers? Jesus responded to their self-indulgent question by telling them to prioritize kids! He answered his disciples by telling them to: 1) become like children, 2) welcome kids, 3) protect them, and 4) value them as a kingdom priority.

For Jesus, prioritizing children didn’t start with having a multi-story jungle gym in the front lobby or a designated family entrance. It didn’t even start with having good signage or smiling and greeting kids by name. For the Savior, welcoming children begins with taking the posture of a child. As the disciples stood and debated who would be the greatest in the kingdom, Jesus called over a child and stood him in their midst. Then he said, “Truly, I say to you, unless you turn and become like children, you will never enter the kingdom of heaven” (Matt. 18:3).

In Jesus’s day, the Jewish people would have agreed with our own culture that biological and adoptive family relationships are vitally important. The Old Testament describes children as a heritage and reward from the Lord (Ps. 127:3). Children played a central role in God’s promises to his people (Gen. 3:15; 12:2; 15:5).

On the other hand, the Jewish people did not romanticize children. There were no Gerber ads, Baby Gap stores, or baby-of-the-month calendars in first-century Palestine. Instead, the Old Testament realistically describes youth and children as immature and foolish, in need of consistent discipline and correction. What you never find in Jewish literature are kids put forward as models for adults. So, when Jesus answered his apprentices by telling them they must become like kids to enter his kingdom, it would have shocked them.

Maturity and wisdom come with age. Why go backward? Here is the Savior’s answer:

“Whoever humbles himself like this child is the greatest in the kingdom of heaven.” —Matthew 18:4

According to Jesus, the prescription for those who think they are great is admitting their pride and then stooping to serve those who are lowly—in particular “the little ones” (Matt. 18:10). And that brings us to Jesus’s second instruction.

Children’s ministry is one of the biggest challenges a church faces. There is so much to think about—location, curriculum, check-in, security, recruiting and training a quality team. It’s hard to know where to begin. In my work with children’s ministers, I’ve encouraged them to start by slowing down and giving kids and families the gift of their grace-filled presence. Why? Because Jesus says, “Whoever receives one such child in my name receives me” (Matt. 18:5).

Many children’s ministry leaders talk about the importance of creating child-targeted children’s ministry environments—environments kids enjoy where lessons are taught with a view to each child’s developmental stage. The goal is for a girl or boy to experience their weekend Bible classes and think, This is for me!

It’s a good thing for a church’s children’s ministry environment to be bright, playful, kid-friendly, and safe—the sort of place where kids will want to go. It’s also important to have adequate signage for new visitors, and if you use check-in technology, it helps to cultivate a good experience for moms and dads when your system is user-friendly and up-to-date.

But kid-friendly facilities and activities are merely a first step. It’s also important to open the door for kids and families personally. Find a few parents who are passionate about your church’s mission and vision. Invite them to stand in the reception area of your children’s ministry each week and encourage them to build relationships with new families. And when you’re recruiting team members to open the front door of your children’s ministry, look for individuals who are gifted at being outgoing and welcoming. You’re not just looking for warm bodies; you’re looking for warm leaders. Find a way to make these hospitality team members easily identifiable—with name tags, lanyards, or t-shirts. That helps to make your children’s ministry environment welcoming. It also helps with the next goal.

But whoever causes one of these little ones who believe in me to fall away—it would be better for him if a heavy millstone were hung around his neck and he were drowned in the depths of the sea.—Matt. 18:6

The picture Jesus paints with his warning is graphic and severe. Drowning at sea with a heavy grindstone—literally a made-for-a-donkey millstone—fastened around one’s neck is better than the eternal fate in hellfire that awaits those who causes one of the little ones who believe in Jesus to fall away. With his broad warning, Jesus addresses any person who would cause a little one to “stumble” (NIV), “sin” (ESV), or “fall away” (CSB). He’s strongly cautioning anyone who might cause someone young in their belief to falter and leave the faith behind.

The first representation a child has of God is their parents and regular caregivers.

What are the specific sinful offenses Jesus is confronting here? Remember that the Savior’s words were directed to those who had an inflated sense of self-importance (Matt. 18:1–4). Arrogance can tempt people to disregard kids or lead others to stand between children and Jesus (Matt. 19:13–15). But in addition to confronting their pride, Jesus also instructs his disciples to deal harshly with their hands, feet, and eyes if these parts of the body become a cause for offense (Matt. 18:8–9). He used the same hyperbolic imagery in his Sermon on the Mount (Matt. 5:29–30). In that passage, Jesus was confronting anger and sexual lust (Matt. 5:21–28). So, in the strongest of terms, Jesus warns against the pride, lust, and anger that is at work in the hearts of those who sexually molest and physically harm children. He tells his disciples that such sin can damage a child’s faith.

The first representation a child has of God is their parents and regular caregivers. So when children see or experience abuse at the hands of the people who should be the most nurturing, it can impede their capacity for trust. This reality should sober us and encourage us to be vigilant about protecting kids.

4. Value children as a kingdom priority.

A consumer mindset often drives our society’s approach to kids. Newlyweds sometimes don’t want children because of the financial burden. Others naively think that having kids will fill a void in their lives. Seasoned parents by contrast might be tempted to say, I pour so much into my kids. I can’t wait until they get old enough to give something back. Even in ministry, we sometimes see children as a means to an end: If you want to reach parents, you need to reach their children, or If the kids don’t like the church, the parents won’t come back. But statements like these judge the value of children based on what can be gained from them.

Jesus sees it differently. Little ones are valuable to him. They must not be despised, because their angels see the face of the Father. The Savior doesn’t want one child to perish (Matt. 18:10, 12–14). For Jesus, valuing kids as a kingdom priority is essential.

Whatever our doctrinal stance on children as full-fledged covenant members of the church body, we must all reckon with how the New Testament speaks about kids. Jesus tells us that a child’s presence must not be despised or hindered, “for to such belongs the kingdom of heaven” (Matt. 19:14). The churches to which Paul wrote must have taken this to heart, because the apostle addresses children directly, expecting them to be present with the gathered community when his letters were read (Col. 3:20). Moreover, Paul addresses the children who were there as those who are “in the Lord” (Eph. 6:1), demonstrating an expectation that at least some of these young children were already included in Christ and could be expected to hear, believe, and obey God’s word.

Children aren’t just missing out when they don’t participate in the larger church community; the New Testament assumption is the church is missing out when children don’t partake. If we’re to take the biblical record about children seriously, we must believe that their presence with the community of faith is vital.

Jesus is building his church, and children are a big part of it. If we’re going to follow his lead, we must welcome, protect, and value kids as a ministry priority. We do all of this in humble dependence on our Savior who has promised to go with us on mission (Matt. 28:18–20).

Content adapted from Keeping Your Children’s Ministry on Mission by Jared Kennedy. This article first appeared on Crossway.org; used with permission.