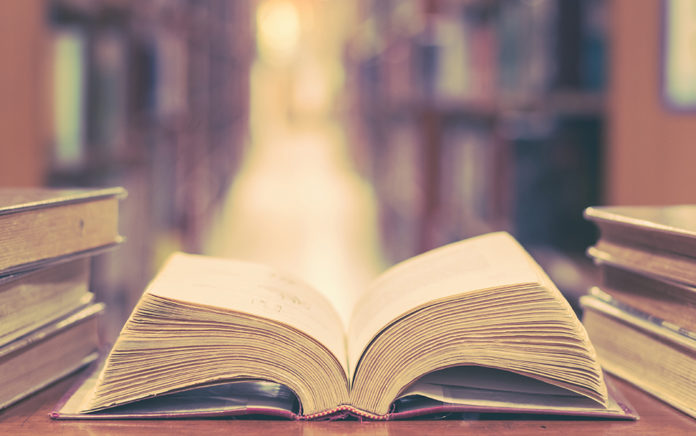 Because human beings are complex creatures with reason, will and emotion, no reductionistic scheme that pigeonholes us as purely intuitive or purely rational beings can explain why we reason or why we dissent the way we do. Insights from neuroscience and social psychology, such as Haidt’s social intuitionist model of moral psychology, may aid in […]

Because human beings are complex creatures with reason, will and emotion, no reductionistic scheme that pigeonholes us as purely intuitive or purely rational beings can explain why we reason or why we dissent the way we do. Insights from neuroscience and social psychology, such as Haidt’s social intuitionist model of moral psychology, may aid in explaining the nonrational dimension of beliefs and disagreement. Nevertheless, Haidt’s model, built on neo-Darwinian and naturalistic assumptions, invites some critical assessment informed by Scripture and Christian tradition.

Christian tradition likewise affirms the complex relationship between reason and emotion. The rejection of human beings as purely rational beings in Haidt’s social intuitionism closely parallels a stream of Christian theological anthropology going back to Augustine that envisions human beings as “fundamentally oriented and identified by love.” According to James K.A. Smith, Augustine views human beings as “fundamentally noncognitive, affective creatures” who “make their way through the world by feeling [their] way around it.” Haidt and Augustine both agree that we feel around our world before we reason about it.

Doctrine is important, but when is it important enough for Christians to diverge? When Doctrine Divides the People of God affirms the need for grace in disagreement and unity in diversity.

Emotion can reinforce the reasonable truths of Scripture and theology by making them personal. As John Wesley describes his own conversion experience, “I felt my heart strangely warmed. I felt I did trust in Christ, Christ alone for salvation. And an assurance was given me, that he had taken away my sins, even mine, and saved me from the law of sin and death.” With the God-given gifts of emotion and experience, we can move from orthodoxy (right thinking about God) to doxology (the praise of God). These emotions are what theologians consider affections trained by reason, not passions of the flesh.

Wesley writes extensively about a type of irrational enthusiasm that prioritizes excessive emotional experience over the reasonable interpretation of Scripture. This enthusiastic impulse eschews reason in favor of heightened emotions and religious experience. Wesley insists that this is “some falsely imagined influence or inspiration of God … from imputing something to God which ought not to be imputed to him, or expecting something from God which ought not to be expected from him.” In other words, emotional experiences alone are an insufficient foundation for Christian living. While emotions can confirm scriptural truth, they are no replacement for it.

From Outreach Magazine  5 Crucial Challenges to the American Megachurch

4. Scripture Teaches That Sin Can Distort Our Emotions and Intuitions, and As a Result, Our Beliefs.

Intuitions normally precede conscious reasoning, and they can be helpful guides. Because we live in a world broken by sin and wrestle with a flesh opposed to the things of God, we should be wary of always following our passions. “There is a way that seems right” to naturally selfish human beings but “its end is the way to death” (Prov. 14:12). People devise evil and violence in their hearts and minds contrary to God’s design and purpose (Ps. 140:2). Sin darkens the mind with its noetic effects and can create distorting biases against biblical truth.

The human heart (i.e., the complex relationship between reason, will and emotion) can deceive because of its inclination toward wickedness (Jer. 17:9; Obad. 3). Sin has noetic effects on the reasoning faculty of human beings. Self-rationalization of sinful behavior is an ever-present temptation (1 John 1:10). Calvin says that sin has corrupted emotions, and this corruption of the emotions extends to reason: “For not only did a lower appetite seduce [Adam], but unspeakable impiety occupied the very citadel of his mind, and pride penetrated the depths of his heart. Thus it is pointless and foolish to restrict the corruption that arises thence only to what are called impulses of the senses.” The real danger of a theological system rooted only in one’s personal feelings is that it becomes a shortcut to recreating gods in our own image. Though we recognize the impact of emotions on our beliefs on an unconscious level—we describe it as being the case—we do not prescribe theology driven solely by one’s feelings.

5. We Should Be Wary of Irrational Emotional Responses in the Heat of Debate.

Because we are creatures affected by sin, we can be victims of our own unrestrained passions, especially amid conflict. Out of insecurity, pride, or fear we can overreact to those who challenge or criticize our points of view. We become irrational when we choose to attack the person rather than the idea. Irrationality also leads us to hasty decision making, and as we shall see, patience is an intellectual virtue much needed in theological disagreements. With disagreements, there is a time to respond, and there is also a time to back up and let things breathe.

6. Psychological and Emotional Factors Can Influence—But Do Not Determine—Our Rational Beliefs.

Though I suspect intuitions and emotions are at work in our belief formation and doctrinal development, I want to reject a kind of doxastic determinism that says our automatic intuitions determine all of our beliefs and reasoning. Such a notion is incompatible with traditional Christian beliefs about human freedom and volition. Intuitions have a strong influence on our reasoning processes but not an inescapable influence. The frustration experienced by some when they discover a conflict between their unconscious attitudes and explicitly held values illustrates that people are at least capable of desiring to overcome these intuitions.

7. Other Nonrational, Precritical Tastes or Preferences Can Color Interpretation.

For example, neophilia, a psychological preference for the new or the novel, can shape the outcome of interpretation. Biblical studies students in search of thesis or dissertation topics feel the pressure to discover “new perspectives” on ancient texts, as do established scholars seeking tenure or publication. Theological obscurantism, by contrast, is a preference for tradition that is suspicious of any or all newfound explanations of biblical texts. Sociologists also observe how some religious ideas gain traction simply because they deviate from commonly held beliefs, interests, and lifestyles, particularly those commonly held beliefs which seem to present ongoing problems in a cultural context.

8. The Mere Recognition of a Plurality of Moral and Interpretive Intuitions Does Not Entail Normative Hermeneutical Relativism—the Idea That All Interpretations Are Equally Valid or Sound.

Anthropological evidence of contradictory moral systems leads Haidt to affirm a kind of descriptive moral pluralism. He is careful to point out that he does not affirm a normative moral relativism—the idea that “all moral visions are equally good”—but his descriptive moral pluralism does point out ways in which various cultures seem to have moral matrices that cannot be compared because of their radically diverse starting points. The atheism presumed in Haidt’s program prevents him from acknowledging an objective moral law writ large in the created order, but the Christian worldview says otherwise. The fact that men do what is right in their own eyes (Judg. 17:6; 21:25) does not mean they have no King.

Diverse interpretations of Scripture similarly indicate a descriptive hermeneutical pluralism—a mere observation of multiple ways people have interpreted biblical texts—but the inevitability of conflicting interpretations does not entail that all interpretations are true or equally valid approaches to biblical texts or that biblical authors wrote without any discernible meaning or purpose. Divinely inspired biblical writers write with intentions that interpreters should seek to make sense of and respond to appropriately. But, as Kevin Vanhoozer has contended, hermeneutical pluralism can be beneficial to the body of Christ when it increases the probability of understanding texts correctly.

9. The Christian Believer Must Ultimately Submit His or Her Emotions to the Authority of Scripture and the Lordship of Christ.

Were someone to put me on truth serum, I would have to admit that some traditional Christian doctrines, such as the doctrine of everlasting punishment or the exclusivity of the Christian gospel, make me feel uneasy. This comes as no surprise, given what the Bible says about my depravity and my need for the gospel. Regardless of how I feel about these matters, at the end of the day I want to submit myself to God’s authority expressed through the biblical text.

If I have an intuition about a biblical passage that leads me to a particular doctrinal belief, I still must place that intuition under Christ’s lordship and biblical authority. My trust is in the person and work of Christ, not in my ability to fully comprehend the person and work of Christ. I must practice epistemic humility and emotional maturity. If my intuition is wrong, I want the Holy Spirit to make that apparent to me, or at least prevent me from sinfully applying my incorrect interpretation. My goal in reading the text should never be to find a reading I’m comfortable with emotionally. My goal is not to be “conformed to this world” or even my present state of mind, but to experience transformation through the renewal of my mind in order that I may “discern what is the will of God, what is good and acceptable and perfect” (Rom. 12:2).

Content adapted from When Doctrine Divides the People of God by Rhyne Putman. This article appeared on Crossway.org; used with permission.