Home Resources Did Jesus Have a Sense of Humor? 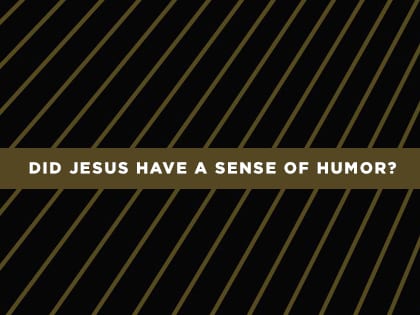 “While there are all sorts of adjectives one might use to describe Jesus, the word boring is certainly not one of them.”

News of him at once reached a woman who had a young daughter with an unclean spirit. She came and threw herself down at his feet. She was Greek, a Syrophoenician by race; and she asked him to cast the demon out of her daughter.

“Let the children eat what they want first,” Jesus replied. “It’s not right to take children’s bread and throw it to the dogs.”

“Well, Master,” she said, “even the dogs under the table eat the crumbs that the children drop.”

“Well said!” replied Jesus. “Off you go; the demon has left your daughter.”

When it comes to understanding this story, it seems to me we have only two options.

Option one: Jesus responds to this woman in a rude and racially demeaning way, but then, thankfully, he has a sudden (and somewhat inexplicable) change of heart and decides to heal the woman’s daughter after all.

Option two: there is something in the look of Jesus’ eyes, in the tone of his voice, in the expression on his face that enables this woman to realize she is being asked a riddle of sorts, and she nails the answer.

From everything we know of Jesus, the second option is really the only option. Clearly, Jesus is joking with this woman.

(I imagine Jesus with a grin on his face in this story, on the verge of laughter all the way through, nodding his head in proud approval of the woman’s quick wit, and finally giving his bewildered disciples a look of “Isn’t she wonderful!”)

“Hold on a second,” someone might say. “Yes, Jesus was kind, and I know he was compassionate and powerful—but, seriously, was he funny?”

While there are all sorts of adjectives one might use to describe the way Jesus communicated, the word boring is certainly not one of them.

Jesus loved to tell a good story, particularly when it had a surprising punch line. He was all about the use of hyperbole and irony, and he occasionally employed a little sarcasm too. Jesus was a genius at using unforgettable imagery to convey punchy and powerful messages, and apparently he thought camels were especially funny, because he used them often in his imagery.

Let’s look at each of these points in turn.

Just think about the memorable characters and scenes that Jesus introduced in his parables. There’s the good Samaritan, the generous landowner, the unjust judge, the noisy neighbor, the sower and the seeds, and so many more. Jesus enjoyed telling a compelling tale, and maybe never more so than when the ending caught people off guard.

From Outreach Magazine  9/11 and COVID-19: How God Turned My Fear Into Faith

Take the parable of the prodigal, for example (Luke 15:11–32). When the parable begins, you think the story is all about the youngest son wildly and recklessly spending the family fortune. By the end of the tale, you realize the story is primarily about the father wildly (and recklessly, according to the elder brother) spending a fortune to celebrate his lost son’s return home.

Hyperbole, Irony, and a Touch of Sarcasm

“The kingdom of heaven,” Jesus said, “is like a grain of mustard seed … It’s the smallest of all the seeds, but when it grows it turns into the biggest of the shrubs. It becomes a tree, and the birds in the sky can then come and nest in its branches” (Matt. 13:31–32).

Now, a few of those details may not be technically true: the mustard seed is not the smallest of seeds, it does not become the biggest of shrubs, and it does not necessarily then become a tree. No, Jesus is using hyperbole to make a point.

Jesus enjoys the use of humorous irony too. “Follow me,” Jesus famously said to Simon and Andrew, “and I’ll have you fishing for people!” (Mark 1:17). Obviously, you don’t go fishing for people (you go fishing for fish), but saying such a thing to blue-collar fishermen, writes Elton Trueblood in his interesting and insightful book The Humor of Christ, most likely would have elicited a smile from Simon and Andrew before they left their nets and followed him.

Thankfully, when it comes to sarcasm, Jesus uses this particular form of ironic jest sparingly, because sarcasm can be quite cutting. A classic example is when Jesus confronts the religious hypocrisy of the Pharisees. “Well, good for you,” Jesus tells them at one point. “You get rid of God’s command so you won’t be inconvenienced in following the religious fashions!” (Mark 7:9 The Message).

Yep, that burn had to hurt.

Unforgettable Imagery to Convey a Message.

“How can you say to your neighbor, ‘Here—let me get that splinter out of your eye,’” Jesus asked, “when you’ve got the plank in your own?” (Matt. 7:4). Plain and simple, Jesus is making a joke here (drawing on his background in carpentry, no less), and people probably would have laughed out loud when he said it.

But they would have laughed even harder when Jesus turned his quick wit on the Pharisees with this cultural zinger: “You’re blind guides! You filter out a gnat, but you gulp down a camel!” (Matt. 23:24). Picture it: the overly-religious Pharisees are carefully straining every sip of water to make sure they don’t swallow a minuscule gnat, but they’ve never noticed the massive hairy hump of a camel swishing around in their mouths.

From Outreach Magazine  Would Jesus Be Cool With Saying 'Black Lives Matter'?

Regardless of your cultural background, that’s a pretty funny picture, but one of the reasons Jesus and his first-century Jewish audience would have found the gnat-and-camel imagery really funny is because it’s also a witty wordplay in Aramaic: “You filter out a galma,” Jesus says, “but you gulp down a gamla!”

Having heard Jesus relentlessly mock the Pharisees this way, people would have walked away that day laughing with one another, talking about Jesus’ sharp wit, and going home to tell their friends and family, “Did you hear the one about the Pharisee straining a galma and swallowing a gamla!”

I used to be afraid of being funny whenever I talked about religious things because I was under the impression that comedy is somehow less spiritual than other forms of communication. But that was before I really explored the life of Jesus.

Think about it: Was Jesus any more holy when he was fiercely and angrily flipping over tables in the Temple (Luke 19:45) than when he was grinning at the Syrophoenician woman and asking her a riddle before he heals her daughter?

No, of course not. Jesus was just being Jesus.

He knew when to be serious.

He knew when to be compassionate.

And, thank God, Jesus knew when to laugh.

I think one of the reasons we never really hear much about the humor, hilarity, and joy of Jesus is because so many people (perhaps Christians most of all, God forgive us!) are genuinely and tragically convinced that God is far too serious to ever have a good time.

Jesus, however, begs to differ, and I think that Syrophoenician woman—witty, wise, and desperate—recognized the mischievous spark in his eyes right from the start.

Ponder. “Seriousness is not a fruit of the Spirit, but joy is” (Garreth Gilkeson, preacher and percussionist, commenting on Galatians 5:22–23).

Pray. Ask for more joy, jubilation, and genuine laugh-out-loud moments in your life.

Practice. As best you can today, depending on your circumstances, make it a point to take yourself a little less seriously: breathe deeply, smile unreservedly, and trust wholeheartedly.

Trent Sheppard helps pastor an urban house called Ekklesia and oversees Alpha’s work with college students in New England. Before moving to Boston, Masachusetts, Sheppard lived and worked in the U.K. for eight years with Youth With a Mission. He is the author of God on Campus. 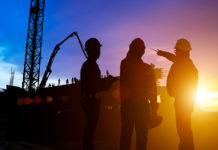 What Role Do Church Capital Campaigns Play in Post-COVID-19 America? 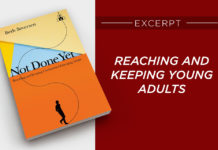 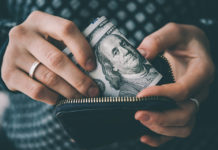