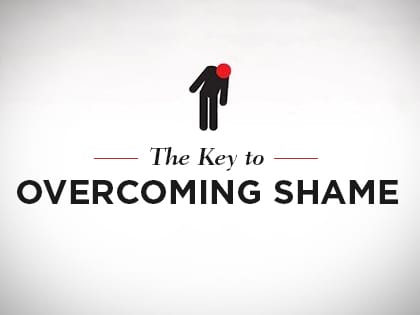 “With surprising nonchalance and candor she blurted out, ‘I’m having an affair with my boss.’ Instantly her demeanor changed.”

The Soul of Shame: Retelling the Stories We Believe About Ourselves
By Curt Thompson (InterVarsity Press, 2015)

A 2015 OUTREACH RESOURCE OF THE YEAR
Category: Counseling

The lying began long before the sex. But with the sex, the lying came more easily, more consciously—and necessarily. Carla had never intended for life to turn out like this. But she was unable to imagine changing course, certain that doing so would result in catastrophe for her marriage, her children, her work and her community. The only solace she seemed to find was in the arms of the ongoing affair.

She was referred to me because of her insomnia, and what she wanted was something to help her sleep. In her story, coming to see a psychiatrist was about finding a solution to a problem with her biorhythms. She was not expecting it to take such a sharp, right-angle turn.

“Tell me about your marriage,” I said. Treating sleep disorders is certainly about biochemistry and brain function. It is no less about relationships. She replied, “My marriage is fine.” As anyone who speaks with a mental health professional might know, when you use the word fine to describe anything, you’re asking for a full-court exploratory press. She went on to discuss how staid and boring things had become with her husband, Preston. He seemed so passive and uninterested in her ever since their second child had been born. This inevitably led to more conversation about what she was doing with all her feelings about this seemingly most important relationship in her life.

With surprising nonchalance and candor she blurted out, “I’m having an affair with my boss.” Instantly her demeanor changed. It was as if she had been waiting for months, years even, to say this to someone, but the moment the cat was out of the bag, she recoiled in revulsion from what she had just admitted. Not unlike the immediate relief one experiences from having an abscess lanced, only to be sickened by the appearance and nature of the pus pouring forth. Her embarrassment was immediate and palpable, and she could barely speak, let alone look at me. Tears began to flow. I attempted to gently move closer to the topic and her fragile heart. “I don’t want to talk about that. That’s not what I’m here for. I just need to get some sleep.”

From Outreach Magazine  5 Terrible Reasons to Go Into Ministry

I offered that perhaps the reason she revealed her affair was because she in fact did want to talk about it, but that shame much preferred that the abscess continue to fester until she was in full-blown emotional and relational sepsis. The session ended with my prescribing something to help her sleep—but not without her agreeing to return to talk more about her story. Which she did.

Over the course of several weeks, Carla revealed a narrative in which she worked hard as a middle child to gain the attention of her parents, who were busy raising five children. She exhibited competence at just about everything—relationships, academics, even her fledgling faith—so she seemed to have little need for anyone to seek her out, to be curious about her inner life of insecurities and dreams. The potential downside to never having anything to do with trouble in your family is the possibility that your family never suspects that trouble ever has anything to do with you.

It was not until she began to explore her story in more detail that her deeply rooted shame was given a linguistic framework. Had she had words for it before the affair, she might have declared that she was exhausted from working so hard at being competent and making sure that people around her were getting along with each other, never mind that her feelings were consistently left unattended. As she reflected on all of her accomplishments, she stated that part of her was tempted to believe her “competence” was fraudulent. That it was all a lie. An untruth told to cover up her real self, which felt invisible and small.

From Outreach Magazine  Sy Garte: The Works of His Hands

Despite her intellect and social aplomb, she carried the sense that she was not enough for her husband (why, otherwise, would he not pursue her?), not enough for her parents (although she loved and respected them, their attention frequently seemed focused on her siblings, and rarely on her), and not enough for God (despite how deeply she still desired to follow Jesus, she translated God’s felt absence as his disappointment in her). These were some of the lies she believed. Lies that she told herself, often without words.

Subtle and silent, this undercurrent of shame followed her to the law firm where she worked, and where she felt seen and heard in novel and exhilarating ways. With the promotions, challenges and attention from her boss, her capacity to silence the voice of shame with her gifts expanded. But when her children were born that capacity began to thin. With demands coming from all sides—from her children both physically and emotionally; from her husband, who felt expendable; and from work, where she found the most satisfaction in her life—she began to feel overwhelmed. And when overwhelmed, Carla, like the rest of us, turned to her strengths, which lay in working harder at making people happy, especially those who were more likely to provide immediate gratification in their responses. And the most prominent source of that gratification occupied the corner office down the hall from her at the firm.