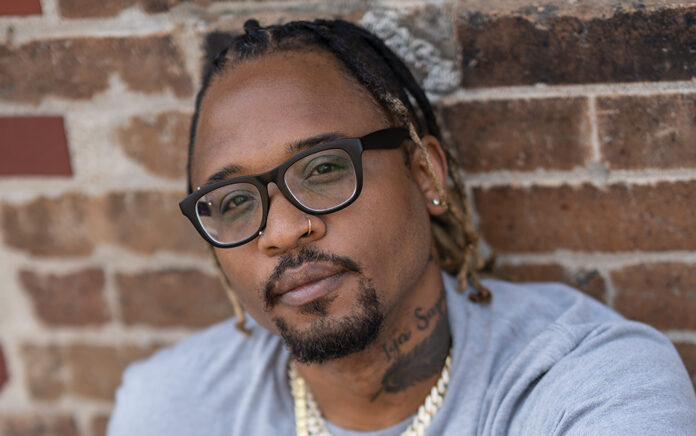 “We have to hone in on some of these disciplines that can be helpful to engage people, advance the kingdom and multiply churches.”

Myron Pierce is pastor of Mission Church in North Omaha, Nebraska, an Outreach 100 reproducing church. His desire is to launch a movement of “hope dealers” in every inner city in America. It’s a multifaceted vision realized through disciple making, coaching, church planting and entrepreneurship.

Outreach editor-at-large Paul J. Pastor caught up with Pierce to discuss how God used his path from being a gangbanger to a disciple-maker of fellow prisoners to an inner-city church planter in order to inspire hope in others, and why despite his many accomplishments he’s come to find the most joy in unleashing the God-given gifts of others.

You have a remarkable ministry at Mission Church. For people who aren’t familiar with the work you’re doing, can you catch us up on the highlights?

Mission Church was launched in September 2017 with the dream of unleashing unprecedented hope in every inner city around the world. We are an inner-city church, but we have a multiplication mandate. As a church, we have a few strategic areas of focus in an inner-city context like ours.

The first is ministry and reentry behind the wall of prisons and jails, helping prisoners transition back into society, discipling them into what we could call “hope builders.”

Secondly, we have an emphasis on the next generation, so we partner directly with local elementary schools to serve them and build friendships with the hope of engaging the students along the way, which we have. We’ve done camps and clubs right there in the school.

Thirdly, we’re involved in community building. That looks like having a monthly presence with some type of social event to get people of all walks of life in the urban context together to just spend time and enjoy one another.

Lastly, we have a focus on entrepreneurship and building an entrepreneurial ecosystem that can become a billboard to the gospel and our good work in our neighborhood. With that we’ve launched an incubator called Shift Omaha. We’ve graduated over 40 participants in businesses over the last three years. In fact, now all of our key leadership for that team are past graduates of our incubator.

We’ve also launched a podcast to help disseminate content that is valuable to our community and for us to get an access point to our community. Additionally, for business owners, we have a business-networking group where people can land to get quality friendships and help scale their business. And this fall we’re starting the On-the-Pond Summit—a business summit right in the urban context put on by us as church leaders. And then next year, we’ll be building out our very first business center right here in North Omaha, Nebraska.

That’s a remarkable list—and I’m sure we could have a fruitful conversation about each of those initiatives. What values are behind all this work?

In terms of practical values, diversity and leadership development are very important to us. Those are behind all our efforts to develop, multiply and grow in a healthy way.

Within six months of our founding, Mission Church launched our very first daughter church. Six months after that, they launched a daughter church. Within a year of launching our first church, we had launched another church. Very quickly, we have become a network of churches. We also just really subscribe to raising up leaders where we are. Initially, we had a whole church-planting greenhouse and an urban track for urban church planters, but the Lord really directed us through COVID-19 that we needed to equip and mobilize ordinary missionaries—we call them “hope dealers”—into what God has called them to do. All the efforts in our community that we do really are like incubators for mission.

Our goal is that people would be catalyzed by serving in some capacity in our church to ignite apostolic imagination. To support that, we now have a missionary training track in our church where we’re just training up missionaries like Linda, who had a heart to serve her neighborhood in the inner city and thus enhance our vision for every inner city. She launched a kingdom expression of church that’s completely autonomous, and yet interdependent in terms of her as a missionary. She calls it Linda’s Closet. She is providing free and affordable clothing and resources for people in her neighborhood.

And people like Brandon Kinnie, who went through our missionary training and now leads an inner-city sports-training ministry program that unites urban and suburban kids for the sake of the gospel. So over the years, we’ve really just said that our mission is to see this happen in every inner city. Consequently, God has given us other platforms to help pioneer that dream of “every inner city” further through coaching and speaking.

That vision and growing reach is beautiful. I understand that this comes deeply from your story. Tell us a bit about where you came from and how your present calling fits with God’s work in your life?

I grew up in the projects. Both of my parents were on drugs. My dad was out of the picture. He spent time in and out of jail. My mom was constantly up and down with her battle with drugs. That ultimately led my siblings and me—particularly me—down the road to gangs, and so I became a part of one of the most violent gangs in North Omaha. That really opened the door to everything that comes with the streets, whether it was selling drugs, gang banging or just committing crime. That ultimately led me in and out of jail.

At the age of 16, I was facing a possible sentence of 100 years in the penitentiary. Somehow the judge was lenient and only gave me a two- to three-year sentence, and all told, I spent about 14–18 months in prison. I was out for about five months, but then went right back, facing more time. So I found myself 20 years ago in a jail cell for my second major offense. I made a few phone calls, hung up, fell on my knees and said, “God, I’m destroying my life, but if you change me, I’ll serve you for the rest of my life.”

I hadn’t grown up in church, but I did have exposure to church through funerals for friends and family, and through going to chapel in jail. I really believe that all of that somehow culminated on March 21, 2002, at 1 o’clock in the morning when I bowed my knee to Jesus. After that, I sat in county jail for months. While I sat, I had an encounter with Jesus over and over, just was on fire for the gospel, sharing the gospel, hosting Bible studies. I didn’t know I was discipling. I just thought that’s what you’re supposed to do as a Christian. And I really saw discipleship happen in jail that year.

Around that time, I was taking a correspondence education program out of Denver. I had gotten a response from one of my teachers, and she put a Scripture verse in her notes back to me. I looked it up. When I read it, the Holy Spirit ministered to my heart and told me that he was going to get me out of prison and send me back to my neighborhood to plant churches and pastor the people.

A month after that, I stood before the judge. He sentenced me to 14 to 30 years in prison without parole plus a new sentence that I hadn’t yet fulfilled because I had committed a new crime while on parole. So, I’m walking out of jail out of the courtroom, with a 16–33 year sentence at the age of just about 19, and as I’m walking out, I hear the Holy Spirit saying again, I’m going to get you out of prison.

So they sent me off to prison for the second time. For months, I simply read God’s Word and ministered to people behind bars. Seven months later, the state of Nebraska called me. They told me that they had changed the law that impacted my sentencing structure, which had opened up the door for me to have an early parole date. I still spent years in prison, but God finally opened up the door, just as he said he would, and I got out in 2008.

Around that time, I met a guy who was planting churches in North Omaha, doing urban mission work. White guy out of Iowa. He had been praying for two weeks prior to meeting me that God would send a person of peace from the actual community. God had clearly orchestrated our meeting, and through that I met the woman who’s now my wife of 13 years. A couple of days after that, I was on staff with this urban mission. With that same mission, we planted our first church—Bridge Church—in the same neighborhood [where] I was a gangbanger. I was out for three months; we planted.

A couple years after that entrance into church planting, I felt that God was saying Go to Colorado. Plant another church. So I left our original church, went to Colorado and planted Passion City Church on the southeast side of Colorado Springs. Did that for a couple of years, until I ran out of money and decided maybe I should start a business. I started a car-detailing business, became insanely successful, with 13 employees. After that, I said, “Wow. Maybe I should start a business incubator.” So I did.

Anyway, there I was, a church planter and entrepreneur who had just started a new nonprofit. And then God calls me back to Omaha after the mayor gives our new incubator a million dollars. I made it back to Omaha because my friends said, “Would you come back and help us promote these church sites in the hood?” What we were trying had never been done before, at least here. So I went back, my main goal being to multiply our efforts to multisite. In six months, we went from one campus to three—about 1,000 people. A couple of years after that, the Lord really wanted us to focus on church planting with a justice bent, which meant continuing to multiply churches but really engaging the culture entrepreneurially. That speeds us up to date with where we are as Mission Church.

Check out Part 2 of our interview with Myron Pierce where he talks about his personal story of entrepreneurialism and gangs that led to planting churches. 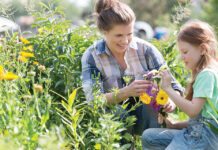 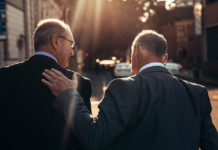