Home Features A Snapshot of the Coming Kingdom 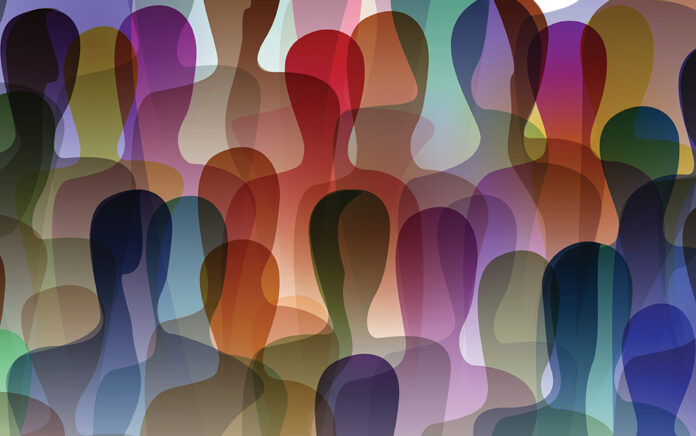 America is becoming increasingly more representative of this vision as it becomes more ethnically diverse. So, how is this multiracial reality shaping the planting of new churches?

One of the prevailing themes throughout the pages of Scripture is the promise that one day people from every tribe, tongue and nation will be united and blessed in the culmination of the kingdom of God. It’s a vision that runs from the call of Abraham in Genesis 12 through chapter 7 in the book of Revelation.

America is becoming increasingly more representative of this vision as it becomes more ethnically diverse (see Table 1). So, how is this multiracial reality shaping the planting of new churches? The good news is church plants are not only keeping pace with the changing demographics, but many are leading the way by launching intentionally multiracial churches.

The findings in this article come from a study titled “The New Faces of Church Planting and Multisiting” fielded by the Evangelical Council for Financial Accountability (ECFA), which can be found at ECFA.org/Reports. It drew 2,946 participants from a coalition of more than 50 denominations and networks. This goes on record as North America’s largest-ever cross-denominational research project on church planters, founding pastors, multisite innovators and church-multiplication-movement leaders.

The following insights highlight eight significant developments happening even through the pandemic (all averages were calculated as medians).

Many church plants describe themselves as multiethnic and/or multiracial, but are they, really? Churches seem to interpret “racial diversity” at many different levels.

We asked survey takers (who were mostly lead pastors) which words “represent terms you regularly use to describe your current approach to ‘doing church.’” We offered 22 options, with two choices being “multiracial” and/or “multiethnic.” Next, we broke down those responses by the primary race of the church’s top leader. We defined those race categories as Asian, Black, Hispanic, white or two or more races (though we received so few responses to “two or more races” that we omitted that category in the tallies).

The findings showed that perception and reality seem to differ. White leaders were the only group who underestimated their diversity. I suspect that many of the other churches feel they are more diverse than race alone shows. For example, suppose a church largely identifies as Black, but it draws people from Jamaica, the United Kingdom, Africa and longtime U.S. residents. That group would probably feel quite diverse and multiracial. Or imagine a predominantly Hispanic group that draws from a number of South and Central American countries with very different customs, expressions of speech and food preferences. Or a predominantly Asian congregation that draws Japanese and Chinese people; that could also feel multiracial.

By the way, how many churches in our survey indicated that their congregations are at the high end of homogeneity with 95% to 100% of the same ethnicity? Asian 78%, Hispanic 70%, Black 63% and White 43%.

Multiracial church plants are led by all races, with Black pastors leading the most (see Table 2). That is, 42% of new churches led by Black pastors are multiracial, compared with 39% of those led by white pastors, 29% by Asian pastors and 21% by Hispanic pastors.

Interestingly, Black pastors don’t merely lead churches that are either multiracial or are 80% or more Black. Sometimes Black pastors lead predominantly Hispanic congregations (4%), White (2%) or Asian (1%). While pastors of other races likewise lead a variety of congregational makeups, as each of the pie charts in Table 2 illustrates, Black pastors are the most likely, according to the survey, to lead where another race is predominant.

My conclusion is that churches that are multiracial today—many of which may well have been multiracial since Day One—do not stand out from the curve of how other types of churches begin.

As part of growing, are multiracial congregations more likely than others to be online? No, but they are near the top. Among multiracial churches, 62% say they offer online worship one or more times monthly in addition to in-person gatherings. (The median for all other churches was 54%.)

Multiracial churches do cost slightly more to get started. In our survey, the median start-up and first-year costs for a multiracial church total $127,000. Startup costs would involve one-time expenses such as sound equipment (often the biggest expenditure) or local publicity. First-year costs would include salaries (almost always the biggest expense) and facility purchase, lease or rental (often a second-biggest cost, though it’s typically a distant second beyond staffing costs).

The significant spread between the highest of $127,000 and the lowest of $26,000 is noteworthy and may have other implications as well. The median income of areas where multiethnic churches serve is $75,000–$99,000, and the median income of predominantly Black churches is $50,000–$59,000, which offers a partial but far from total explanation.

From Outreach Magazine  Rediscovering the Living Hope of Advent

Contrary to what most people might guess, multiracial churches are not in especially multiracial neighborhoods. We asked each survey taker to name the ZIP code that most represented where their attendees lived. Then we used U.S. census data to code the racial/ethnic diversity, with .01 representing zero diversity and .99 representing full diversity among the four racial/ethnic groups. The median for multiracial churches is .53, right in the middle. Further, predominantly Asian churches had a slightly higher median of .57, Black churches the same at .53, Hispanic at .50 and white at a much lower diversity level of .32.

When asked their dream for the next five years of what God will do through their church, 93% of multiracial churches want to reproduce themselves. The implication is that being a multiracial church is such a good experience—at least for the survey taker—that there is a dream to go and do likewise, reproducing their church elsewhere or helping to launch other churches and/or multisite campuses. This desire to reproduce or multiply is the highest of any of the other types of churches studied (see Table 4). The percentage of multiracial churches that are growing is likewise quite high at 76%.

What Should Your Church Do Now?

What to do with this information? Start by being encouraged. Realize that it is possible for your church to become more multiracial. The data says that a pastor of any race in any neighborhood can grow a multiracial church. The data also indicates that the racial makeup of the local community does not necessarily reflect the racial makeup of the congregation, which backs up other research that shows racial diversity happens mostly by intent and not happenstance.

Church planters and multisite churches looking to open multiracial campuses need to be intentional about diversity and racial inclusion, but they can expect a multiracial church to have as good a chance at succeeding as any other type of church, and maybe even better.

If you need more help, Outreach has featured many articles and books offering a theological imperative for churches today to work toward the heavenly vision of people from every tribe, tongue, people and nation praising God together for all of eternity (Rev. 7:9–10). You can find the articles at OutreachMagazine.com/features/multiethnic.

For more help from ECFA, watch our webinar recording of “New Faces of Church Planting and Multisiting” in which I discuss these findings with Pastor Michael Carrion, who offers inspiration and advice on this topic and more (free at ECFA.org/WebinarsOnDemand).

Bottom line: If God is calling your church to become more multiracial, then with prayer and intentionality, it will likely happen.

This report is an excerpt and adaptation, used with permission, of “The Positive Impacts of New Churches That Are Multiracial.” The full version is a free download at ECFA.org/Surveys.

Warren Bird is an Outreach contributing editor and senior vice president of research at the Evangelical Council for Financial Accountability (ECFA).