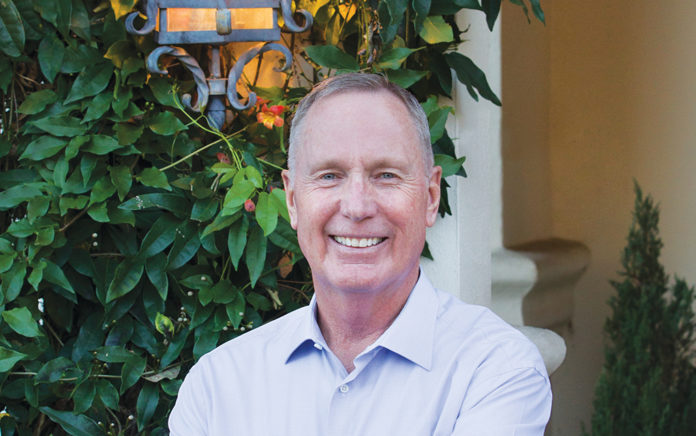 There is hope in the midst of loneliness.

Since entering ministry in 1978, Max Lucado has served churches in Miami, Florida; Rio de Janeiro, Brazil; and San Antonio, Texas. He is currently teaching minister of Oak Hills Church in San Antonio. The best-selling author has more than 140 million books in print. His latest title is You Are Never Alone: Trust in the Miracle of God’s Presence and Power (Thomas Nelson).

Loneliness is a pervasive pandemic. And, yes, loneliness is being alone physically, for sure. More so, it is a feeling that nobody can or will help me, or nobody’s listening to me, or nobody cares about me. It’s this heavy sadness that settles over the soul. And that’s what leads us to such horrible anxiety and atrocious levels of suicide. The suicide rate is higher now than it’s been since post-World War II. There are so many broken hearts.

My mother went through the Great Depression. She was in her 20s at the time. The Depression really messed with her for the rest of her life. She lived with a fear of running out even though my father was a mechanic and she was a nurse. We were solidly middle class. She would take my brother and me to farms during harvest season, and we would pick up discarded vegetables and bring them home. Onions, tomatoes, cucumbers. I never thought twice about it. I thought everybody did it. Only when I became a teenager did I think, we didn’t need to do that. Why did she do that? It was a trauma. And she was a wonderful person, a wonderful mom. But she lived with that fear of running out. People are going to have fears like that when we come out on the other side of COVID-19.

And when it comes to racism, I believe the ultimate answer is the gospel. The gospel says every person is loved and cherished by God. Every person. And the gospel says to me, Max, you have been loved by God. It is expected of you to love others. It’s really that simple. When a society can come to God through Christ, there is this cleansing process that forces me to shed any sense of arrogance or privilege. Nobody is more motivated to love other people than somebody who has been loved by God. So ultimately the best and surest way to deal with racism is through the gospel of Jesus Christ. Again, that’s why the church exploded like it did in the New Testament. Because the Apostle Paul could genuinely say, there’s neither Jew nor Greek. I mean, you talk about a race issue between Jew and gentile! But when the gospel was opened for the Jewish Christians to carry the gospel to the gentile world, a massive racial barrier was overcome. And may the Lord do it again. May He do it again.

From Outreach Magazine  'Lord, I Thank Thee That I Am Not Like Those Evangelical Trump Supporters'

All of society is being traumatized right now. Let’s say you’re in a building, it collapses, you escape and somebody says, Are you okay? You say, Yeah, I’m fine, and they say, Yeah, but look, you’re bleeding. But you didn’t even know you were wounded. Well, I feel like when we come out on the other side of this, we’re all going to realize we’ve been wounded. We’ve been traumatized. We’re going to have some fears. We’re going to have some anxieties we’ll have to work through. The church is going to need to be there to bring people to Jesus to ask Him to heal these hurts that people are experiencing. I think that’s going to be a real assignment for the church. People are getting beat up right now, and the church is going to need to be there to receive people and to help them.

I can confess I think I’ve underestimated the pain that dominates most people’s lives. I’ve just been blessed so much, and it’s been a wakeup call for me to realize that so many people live in pain. There’s a lot of hurt. Charles Spurgeon says we need to preach like there’s a broken heart on every pew. Now, I say there are probably 20 broken hearts on every pew. It’s time for us to really come together as Christians. We do not have the luxury of arguing over petty issues anymore. We must unite at the foot of the cross, the promise of Easter, and keep proclaiming the simple Gospel. I think that’s a big assignment right now.

From Outreach Magazine  The Value of Staying Put

But I think the church was made for a challenge like this. The Christian faith was born in a season of great tribulation and persecution. The spreading of the gospel happened because Christians were pushed into the entire world. And I think something like that is happening right now. I’m oddly encouraged. I hear of Christians, pastors, leaders, communicators, trying every new trick in the book, every new possible strategy, to reach out to people, to encourage people. The church is nimble. We’ve got to be. And if we’re not nimble then we’re going to become nimbler. So I think we’re going to be stronger when we come out on the other side. I really think that we’ll have the deeper faith when we get through this.

I’ve been through periods of church decline and of stagnancy., first as a missionary, and then as a pastor. I can recall our little church in Brazil. There were many Sundays when we had more gringos than Brazilians. We go, Why are we doing this in Portuguese? We might as well do this English. Sometimes it’s just tough. And as a pastor of this church in San Antonio, I’m semi-retired now, I’m not in charge anymore, but I can recall years when it was just flat. And I don’t know why. And I recall years in which we had a spurt of growth, and I was equally bewildered. So the wisdom a person has to have in this is that you can’t control the fruit, you really cannot. We’re not in charge of the harvest. We’re just called to be a part of it. All we can do is pray and preach Jesus. Sometimes we’re preaching in season, and sometimes out of season. And so during the seasons of great harvest, God bless you, but stay humble and grateful. And in the seasons in which the harvest is less, just be faithful. In the right season we will reap a harvest if we do not lose heart. But we’ve just got to stay faithful in spite of it all. 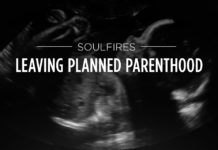 Soulfires: And Then There Were None

Dave Ferguson: Collaboration Is the Future—Part 1