Home Features How We Innovate 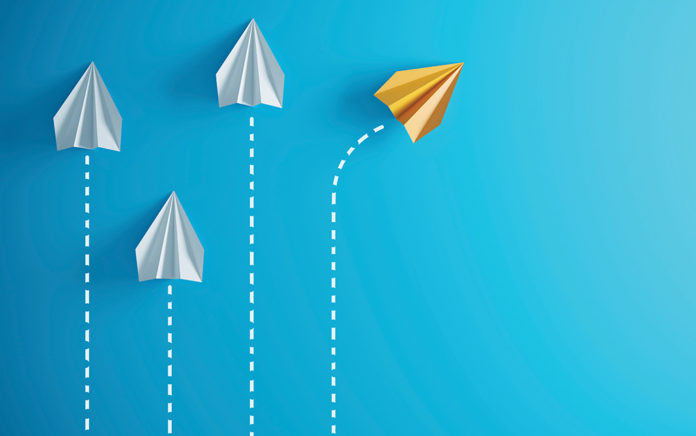 A Conversation With Carey Nieuwhof

Innovation starts with change. And if I go back to where I started 24 years ago in ministry, it was all change. I mean, that’s the one thing that unites my two decades in church leadership—and actually, even if I go back to my teenage years working in radio. The format was terrible. There were no listeners. So I changed everything. We went from nobody listening to the show I was hosting to it being the No. 1 show on the station. And that was just … well the music was terrible. It was awful. So, it was like, [laughs] Well, it’s not much of a mystery here, guys, why nobody’s listening. I think my whole life has been change, and I just brought a lot of those principles to the church. When you have six people attending on a regular basis, you can tell you probably need some change. We changed everything.

I think if you are not prepared for disruption, you had better be prepared to be disrupted. Because I think that’s what’s happening. Blockbuster was living in an old model. Newspapers are struggling with that today. So is TV news—though by tribalizing things they’ve kind of recaptured ratings for now. And I think that’s what you see happening in the church. We’ve used the same approach, the same model, year after year after year, and I think in many ways attractional church was just polishing an older model and updating it a little bit. You’re either going to disrupt yourself or somebody else will.

I try to listen to diverse sources for innovation. Reggie Joiner has been a real influencer in challenging the status quo and challenging thinking. I feel really intrigued by Craig Groeschel. Craig’s over 50, but he’s like 52 with a bullet. He and his team are crushing it in that field of innovation. And honestly, I learn an awful lot from people outside the church. I’m a pretty regular listener of Tim Ferriss’ podcast. He has a lot of different thinking. I’ll listen to The TED Interview, which is a podcast around the TED Talks. I listen to Masters of Scale by Reid Hoffman, co-founder of LinkedIn. I’ve read Kevin Kelley’s book The Inevitable. I’ve read Alec Ross’ The Industries of the Future. And I try to stay up to date with all my devices as they release. Because I think what happens is you get into a very comfortable zone as you get older. And then you eventually become the person who’s got a microwave, but doesn’t know how to program it.

What I’m looking for when I’m hiring at the church, or certainly in my own company these days, is people who are young—at least in their thinking. Particularly at my age, it can be easy to take a method you learned decades ago and just expect it to work. It’s not going to work. So you want people who are agile, flexible, and at least some members on the team—at least at the higher levels—who are really good at understanding the future.

You have a built-in advantage when you hire younger people because they’re cultural natives. While Uber might seem new to people over 40, for younger people it’s not new. They were 14 when it was invented and now they’re in their early 20s. It’s kind of like people who grew up on CDs vs. cassettes. You look at cassettes and it’s like, Well, why would anyone want one of those? Meanwhile, those of us who are older have hundreds of dollars or thousands of dollars invested in cassettes. So, there’s a sunk cost bias in older technology. I’m in my 50s, and I’m pretty active on social media, and I think I’m doing OK for a guy my age. But a lot of the public stuff I do now, I have my 21-year-old and my 23-year-old staffers run it, because they just get stuff at a level I don’t. So, if it appears to be me, it is me. But if it’s content-related, I give it to them, because they know what annoys their friends, whereas I don’t.

I was talking to a young worker today. He’s 30, and he’s in charge of all the litigation at his firm. I’m developing a course on the new workplace, so I asked if he’d ever worked remotely. And he said, “I’d love to work remotely.” And I asked how older leaders responded to that. And he said, “They hate it. They just hate it.” It’s like, You’ve got to be as chained to this desk as I am. Change never asks for permission. It just happens. And unimplemented change becomes regret. So you look back and go, Well, why do we have no young leaders here? It’s because they left, and they went to work for somebody who could flex.

From Outreach Magazine  3 Steps to Leading in a Challenging Season

Involuntary change is never pleasant. That’s when you realize, Oh, my goodness, we’re plateaued or we’re declining. We’re not profitable as a company anymore. Now what do we do? Well, by that point, it’s not quite too late, but it’s almost too late. And so you want to be a little bit ahead of the trend. And you want to stay agile and flexible.

If you’re the senior leader, you need to learn to become the chief listener. So maybe you’re the chief learning officer of your organization. And that doesn’t mean that you go out and you go to the events, but I’ve found that listening, asking questions, being genuinely open to feedback, giving my employees more responsibility than they can probably handle … all of those things factor in.

A 19-year-old ran the book launch for my latest book Didn’t See It Coming, which released in 2018. And he did a great job. I mean, the book hit No. 1 in every category. It sold tremendously well. I just let him run with it, and he’s figuring it out as he goes along. That was a lot of responsibility, and other people might call it reckless. But you know what young people bring? They bring a curiosity, they bring an openness. They often have a lot of time on it. They’ll throw their hearts into it. Whereas sometimes you get an older leader and they’re like, “Well, this is my template, I ran it, it didn’t work. Sorry, I did my best.”

Recently, we asked ourselves, “How do you sell a book when it’s been out for a year?” We did some training with Lysa TerKeurst, and she introduced us to this idea of inbound marketing. So I gave it to the 21-year-old on my team, and they said, “OK, here’s what we’re going to do. We want you to do five videos, two to three minutes long, on ‘5 Habits to Build Better Character,’ based on the second chapter from Didn’t See It Coming.” They put it all together, they built the website and the email sequence. I did a quick edit before it went live, and in three days we had 1,600 leaders sign up for it. I’m like, “Oh. What do you guys want to do next?” [Laughs] But see, that’s empowerment.

The key to execution is good follow-up. You’ve heard all the stereotypes about younger leaders, and to some extent that’s true. But I’ve found that there are three vital things that I can help them with that really, really help. It’s proactivity, communication and accountability:

• Accountability. Have really tight outcomes on accountability. So I just have to make sure, “Hey, we said we’re going to ship this thing Monday. How are we doing?” Hold people accountable. Because you know, I’m a visionary leader and the problem with my ideas, naturally, is they never ship. It’s just all ideas after ideas. So you’ve gotta have really tight accountability on that. I find that if you do those three things, a young staff is fantastic. And then you create a culture of innovation.

Dismissiveness and defensiveness are killers of innovation. You shoot down four or five ideas and eventually people will stop suggesting ideas. And if you keep shooting down ideas, eventually your people are going to leave. That means you have to be approachable. The correct word when somebody gives you feedback you don’t like is, “Thank you.” That’s it. You say, “Thank you. I really appreciate that. Let me process that. It must have been hard for you to tell me that. I’m very grateful. Thank you.” And then if you gotta go into a closet and cry, go into a closet and cry. If you gotta go lick your wounds, go lick your wounds.

The other thing a leader can do is take the fall for your team. Take some bullets for them. Obviously, when you have young leaders, you’re going to have a few more mistakes than you do with older leaders. We had a couple of instances in the last week where wires got crossed or something got missed. And I simply reached out and said, “Hey, I’m so sorry, I must have dropped the ball. I apologize. I’ll get back to you.” I didn’t throw my team under the bus. I think that creates, over time, a loyalty and an appreciation and a gratitude and a sense that we’re all in this together. You want to cover them.

The internet doesn’t lie. You don’t always like it, but it doesn’t lie. I’ve always been addicted to real-time results. You start to see patterns, and we’re paying attention to them. We just did service planning at our church. Guess what we looked into? What were the most downloaded messages of 2018 and 2019? What were the most watched series? And then we start to ask why. What were we dealing with? Well, apologetics does really well, and my goodness, it feels like we could talk about anxiety until we die, because that’s an epidemic that people are worried about. Not every week is apologetics or anxiety, but we’re like, OK, well it would be remiss on our part in 2020 not to address these issues again because it’s pretty clear that [the sermons are] biblically accurate and meeting a felt need.