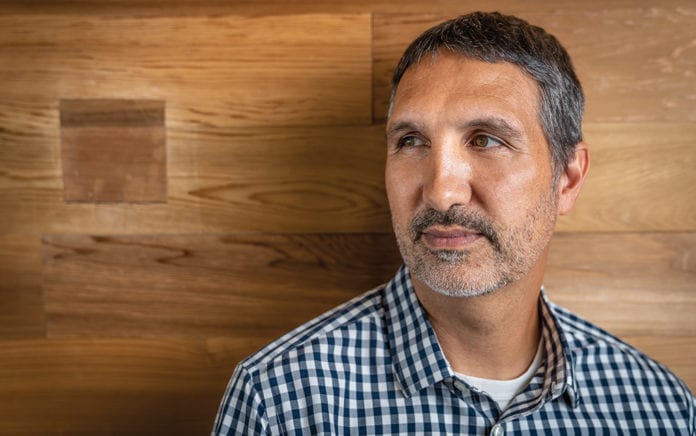 “God’s story is all about accomplishing what seems impossible.”

When Renaut van der Riet planted Mosaic Church in west Orlando in 2002, he purposely moved into the land of Disney.

“I would say Mosaic has been deeply impacted by Disney’s focus on telling a story well,” he says. “Disney takes the most mundane things and turns them into magical moments.” The church, Renaut believes, often does the reverse: Takes the magic of the gospel story and turns it into the mundane.

Striving to become a movement of people living on mission with God—moving toward the lost and broken; pursuing the unreached among neighbors, the marginalized and the nations—Mosaic’s story reveals the miraculous authorship of God.

When people are willing to pick up a cross and go, Renaut has learned, the gospel story unfolds in chapters of redemption.

You were once quoted as saying, ‘When you feel like something is impossible it’s just the beginning of a story.’ What do you mean by that?

Two things come to mind. First, I have always had a sense that we can and should change the world; it’s something that we have been given the privilege and capacity to do. Second, if we want to see the world actually changed, we need to see impossible as an opportunity instead of an obstacle. God’s story is all about accomplishing what seems impossible.

Why is story critical to you?

I see the Scriptures as God revealing himself through story rather than a textbook or manual. God designed us as human beings to experience and live story. One of my favorite stories is Alice in Wonderland—you’re going along in the mundane and then you tumble down a rabbit hole and suddenly this grand adventure unfolds before you that’s dangerous and wonderful and brutal and beautiful and crazy and insane. And then when you’re done with the adventure, you find you are more of yourself.

Your own story begins in South Africa, growing up at the height of apartheid. How did that shape you as a child?

I grew up in a military home in South Africa during the apartheid era where my dad and my mom really birthed equality in us. I lived in this dichotomy—injustice all around us, but, in my home, we lived for equality. So, that probably shaped early on for me the sense that just because there’s a way things are in the world doesn’t mean we can’t change them.

Tell me about the injustice you witnessed.

In South Africa racism was often subtle; it was just a system, right? I grew up in a space where there were colored and white beaches. There were places you could and could not go depending on your skin color. There was this almost subconscious sense of This is not the way it should be. When I moved to the United States as a 17-year-old, my dad became the military ambassador to the U.S., and during the next three years Mandela became president and apartheid was undone. For 17 years, apartheid was a rock solid part of my life.

What was your childhood like from a spiritual perspective?

I have no memory of a time when Jesus wasn’t a profound and integral part of my life. I always feel like my testimony is terrible; I had no cool and weird things to repent of. My parents had a strong relationship with Jesus, neither legalistic nor lawless. It was just a beautiful collision of living everyday life well, and living what they believed. I grew up in the South African Baptist Church where I had great, strong community and Jesus was made beautiful. It led to a confidence in who we are and what we have been given to use for those who have less.

From Outreach Magazine  How to Get Things Done

Did you grow up wanting to become a pastor?

I wanted to be a marine biologist. Marine biology was always a fascination of mine; I think part of the fascination was the incredible wonder of what exists under the ocean. In fact, when we first planted Mosaic, we called it Ocean Church. We changed the name fairly quickly because it was super weird.

And you changed your mind. Why the switch to a career in ministry?

I was a freshman in high school, and we were moving from one place to another, which we did often as a military family. I was in a hotel room watching television by myself and I just heard God speak inside my soul saying, I want you to go into ministry. And I just said, OK.

What led to the establishment of Mosaic Church?

I was the student ministries pastor in a church in California and I realized God was stirring my heart to church planting. Through a sequence of events, God made it abundantly clear that west Orlando was where we needed to land. We wanted a plant for young adults, and there were no young adults in west Orlando then because it was retirement community.

Was Disney part of your reason to plant in Orlando?

Disney is a company that shapes the minds and hearts of our children and is a world-changing company. I would say Mosaic has been deeply impacted by Disney’s focus on telling a story well. Disney takes the most mundane things and turns them into magical moments. The church often does the reverse. We often take the beauty of the gospel—the most extraordinary story to tell the human race—and turn it into a mundane textbook. That’s insane. If ever there should be a place to tell a story well, it’s the church.

Tell us about the early years of at Mosaic.

We started Mosaic in 2002. For the first five years of our story, we were a super small church—a little band of crazy people who were willing to say, Just believe the things God says in the Bible and dare to go do them. God said, Go. He said, Love your neighbor. Let’s do whatever we can.

Even when the church was very small, you moved into a huge space. Why?

Talk about a crazy story. In 2007, God essentially handed us a building we had no business moving into. A friend of mine said they were going to put their building up for sale—for $1.9 million, even though it was worth $2.6 million. We were a church of about 60 people with about $20,000 in the bank. But the Spirit of God and our elder team said, Call and ask. So I did. They said if we could put down $1 million, they would finance the other $900,000. Even with this offer, it seemed like an obvious no from God.

That week, I got a call from a guy from out of state who loved our church. He had recently landed a big business contract and he asked me if there was anything he could do for the church. I jokingly said, “Well, yeah, we could use a $1 million.” And he said, “Yeah, we can do that.” He wired $1 million into our account that week, and we bought the building.

But it must have still seemed impossible: Sixty people paying off a $900,000 loan?

Even as we moved to take advantage of the deal, it was like, God, really? So, the church we were buying the building from was interested in some land, which we gave them in exchange for almost $700,000. A year later, in equally remarkable ways, we were debt free. Just another chapter in God’s miraculous story.

When did you begin to experience growth?

How did your passion for justice and equality develop in Mosaic?

From the beginning, our church was built on missional living. We started meeting people in our neighborhood and at other events in our local community. As people joined our story, we looked for creative ways to love our neighbors and serve our city. Serving globally was a slower evolution; we weren’t really involved much initially. That changed in 2009 when my wife and I, along with a couple elders, traveled to Ethiopia. Axum was a city of 40,000 at the time with about 1,000 street orphans. They didn’t have fresh water; they didn’t have medical care, so we believed we could be light and life. On that trip, I also met the 4-year-old girl who became my daughter.

We went to visit this little orphanage housing about 50 or 60 kids. After we left, we were sitting at dinner and I mentioned how this little girl in a green dress captured my attention. My wife said that girl had captured her attention as well. That night in bed, we asked each other questions: What does this mean? Could this be the start of something? Is this the beginning of a story? Over the next three or four days of praying, we both came to the same sense: Maybe we were supposed to adopt this little girl.

In Part 2 of the interview, Renaut van der Riet continues this adoption story (with a few plot twists), talks about building global justice partnerships and addresses the beautiful danger of giving our lives to Christ to do with them what he will.

Hope Church: From Toleration to Celebration—Part 2 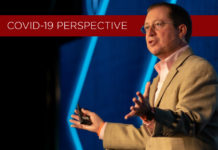