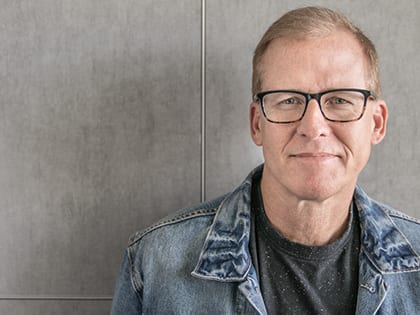 “When you simplify and clarify your focus, you can bring the entire power of the church to bear on each thing you do.”

Don’t miss part 1 of the interview with Gene Appel, in which the pastor of Eastside Christian Church describes his calling to full-time ministry and his journey from being an intern to pastoring a megachurch.

Tell us about your new chapter at Eastside.

Eastside has been around since 1962—55 years. As every church does that is that old, it has gone through different cycles, different eras. When I came, I was inheriting a pastoral role from leaders who had led the church with deep prayer and integrity. But the church had declined in attendance—from a high of 2,900 back down to 1,900. The congregation was aging. But thanks to my predecessor, the church had been positioned well for a new chapter. There was no debt, no scandal. There was money in the bank and unity among the people. It was a prayerful church. It was ready for a new day. There weren’t messes to clean up. What an incredible gift a predecessor can leave for their successor and their church.

In my early days, I tried to get to know the church and staff really well. That first fall, we treated Christmas as a chance to reach out to the community. We focused together on doing a great Christmas outreach event to be a catalyst for new evangelistic fruit. We painted and put down new carpet—did a facelift on all our public areas. We started a strategic-planning process and brought the staff together.

By the time Christmas hit, we ended up having the largest event in Eastside’s history: 6,200 people attended our Christmas services. We did eight services and had to turn people away at five of them. That was a catalytic turning point for the church. We saw an immediate effect—a burst of energy and attendance. A lot of people came to faith as a result of a follow-up series to our Christmas event. We ended up doing a call in a service for spontaneous baptisms. We had 115 baptisms that weekend—more than twice the number of baptisms the church had the entire year before.

From Outreach Magazine  7 Warnings for People in Leadership

That was a catalytic experience. There were new people, new energy and brand-new Christians joining the church. The whole congregation recognized this as the beginning of a new day. My first weekend there I had asked people to pray for God to send a fresh wind. By that February, I said, “We asked for a fresh wind, but God brought a hurricane.” And it was true.

Between October 2008 and February 2009, we had grown from 1,900 to 3,200 people. We paused an existing building project—recognizing that what had been planned would be inadequate now—and our leadership team asked the congregation to pray a two-word prayer with us: Now what?

It was clear to me that the answer to that question included clarity and focus of mission. When I’d first joined the church, it was very program-heavy after 46 years of ministry. So we formed a strategic-planning team. All our staff and board began reading and talking together and decided to go toward a simpler model of ministry.

In a staff meeting one day, I said: “There’s a big sign in our church-office lobby that you all seem to like: ‘The main thing is to keep the main thing the main thing.’ I’m the new guy here,” I said, “so what is the main thing?” I had a flip chart, and people began sharing different thoughts. By the time I was done I had filled five pages.

Everyone was laughing—it was so obvious that we weren’t clear what the main thing was. “I don’t care how long it takes,” I said, “but I want us all to get on the same page.”

There were 32 separate ministries, and none of them worked together. “Again, I’m the new guy here,” I said. “Tell me all the different ministries we have to help folks grow spiritually.” I started filling up that flip chart again. There weren’t five. Not 10, 20 or even 25. There were 32 different ministries to encourage spiritual growth. How do you promote that? How do you finance that? How do people understand that? So I gave everyone around the table a blank piece of paper. “If all these ministries disappeared tomorrow, except four, which would you keep?”

From Outreach Magazine  7 Tips for a Smooth Church Relocation

What was the response?

It was amazing. To a person, everyone in that room wrote down the same three ministries—plus their own. [Laughs] That was so revealing. In the back of our minds, we all had clarity for what represented our “main thing.”

After about six months, our strategic-planning team summed up the work we’d been doing in three big values for our church: pursue God, build community and unleash compassion. Then we defined how we would express those values. So we got specific for our congregation, focusing all our energy on what was vital to identity and mission. We realigned our staff and volunteers. Everybody’s job description changed; some changed dramatically. Then we did a sermon series articulating our simplified, focused vision to the entire church.

It was! We wanted to give people margin to love their neighbors. We had been such a program-heavy church that people had little margin in their lives to build deep relationships with their neighbors or engage people far from God in an authentic way.

As we announced all this to the church, I said to the congregation, “You probably think that you have a loony new pastor here at Eastside now. That may be true, but I’m not the only one.” And I had all our staff, elders and strategic-planning team join me on the stage. “All these people here are just as loony as I am,” I said.