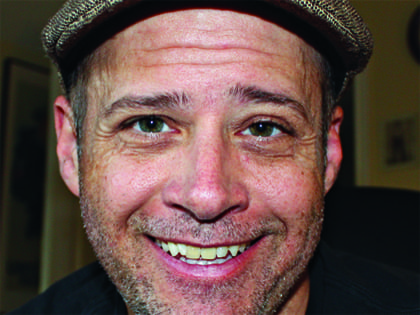 “The gospel will always be good news and an offense to those on both sides of our increasingly divided spectrum.”

This may seem like such a little thing, but it’s the word “maybe.” Or more recently, “interested.” My co-pastor and I have noticed a tendency, particularly among those who are a bit younger, to respond to invitations to community life events with “maybe.” And we’ve grown to hate that response (well, maybe “hate” is too strong of a word), mainly because it seems like a way to avoid committing to something—a way of saying, “I’ll be there unless something better comes up.”

I think this runs parallel to one of the main challenges many identify, which is “busyness.” But it’s also different—it’s a lessening of commitment to community. It’s seeing church as optional. As a friend of mine said recently, “It’s nearly impossible to ‘be the church’ without regularly ‘going to church.’” So for me, the biggest challenge is convincing people that the formation for life and mission that comes through regular involvement in church community is not optional.

There’s perpetual course correction happening—as it’s impossible to drive straight down the middle road without constantly making small corrections, either right or left—so the Church in our context must constantly be assessing its stance vis-a-vis culture.

For many years, the church played a vital role in speaking prophetically to the more conservative (or “right”) side of the culture. From my vantage point, the call to not confuse following Jesus with a right-wing agenda was a welcome and needed one. The problem is that the call that is desperately needed now is the one not to confuse following Christ with a left-wing agenda.

I think the mission of the church in a divided culture is to sit in the middle and, with Jesus, speak comfort and prophetic critique to both sides, pointing to the third way of the kingdom over the binary ways of either the right or the left. When we do that, we display the unifying power of the gospel and provide a compelling taste of life under the reign of Jesus.

I imagine there was a terrible tension in the early church as the hospel moved into areas where practices like polygamy were just a part of the cultural fabric. What’s interesting to me is the way that the boundary lines were drawn around leadership in the local church (e.g., “husband of one wife”) on this issue rather than simply around participation.

I think our challenge, in a culture where practices that Christians have historically seen as being out-of-bounds for Christ-followers are increasingly affirmed, is to have firm boundaries for leadership and clear communication around issues where Scripture makes clear that there’s a divergence between God’s desires for us and our culture’s “live and let live” stance—while remaining radically hospitable to those we are trying to invite into the Kingdom.

In our current culture, one of the best practices I think we can embrace is allowing people entrance into the life of the church community as a means of discovering who Jesus is, rather than as a reward for having done so. To live in the tension of truly loving people who are not there yet, especially in some of the culturally divisive areas we are currently finding so difficult to navigate today, while remaining firm in the picture of the discipled Christian life we are calling them to—that’s a very Jesus-like skill that most of us, myself included, are still novices in.

Three things come to mind. First, how does the Christian relate to the State, particularly in the midst of very contentious elections and presidencies? What is our role in either affirming or resisting the actions of government? This has implications all down the line, whether we’re talking about justice issues and how we deal with the poor, the sick and those on the margins; or race and reconciliation issues; all the way down to the level of sexuality and how we live in a culture that not only affirms what we might not affirm but codifies it into law. The real “rubber meets the road” issue here is how much of our energy, as individuals and as the church, ought we to expend on sorting out political policy and party platforms and supporting or fighting against them. It seems like the stakes are being raised each election, and without a clear “outsider/exile” identity, Christians are simply becoming one more voting block to be pandered to.

Second, and probably even more divisive, the issue of homosexuality is driving a
lot of angst in the hearts and minds of pastors I speak with. While desiring to be radically hospitable to everyone, they also know that there are pieces and practices in the lives of the people they are pastoring that they are biblically bound to disciple them out of. This is hard when more and more people in their churches are following the culture and becoming affirming by default, failing to do the hard work of sorting out what Scripture really says on the topic, or worse, knowing what it says and not caring. The temperature over this issue is, I think, just going to continue to rise.

And lastly, one issue that many might not see coming, but is related, is that of polyamory [relationships and families with simultaneous multiple partners]. Living in Portland, Oregon, we perhaps see things that those in the middle of the country may not have to deal with extensively. Recently, this has been the issue—those coming to our church, engaged in polyamorous relationships, asking the same question that members of the LGBT community have asked us over the last decade or so: “What do you think of me?” Polyamory is increasingly being depicted in entertainment and discussed in the media. It seems like an issue we’re sure to have to deal with as a church in the next decade.

As someone who coaches church planters, I guess I would say that the re-emergence of church planting and a reinvigorated passion for discipleship is itself an encouraging sign! New churches being planted by younger leaders who are contextualizing the gospel in new ways for their communities is exciting to me. “How do we make disciples?” is probably the No. 1 question I hear from new church planters. After years of asking, “How do we attract people?” and, “How do we grow numerically?” I’m encouraged to see more and more the church in North America making the main thing the main thing.

Bob Hyatt, the founding pastor of The Evergreen Community, a church in Portland, Oregon, is also director of church and movement multiplication for the Ecclesia Network and the co-author (with J.R. Briggs) of Ministry Mantras: Language for Cultivating Kingdom Culture (IVP, 2016).