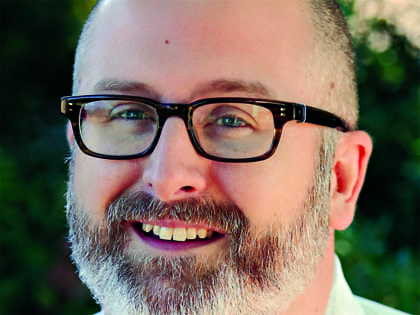 “We need to recognize that even believers see the world in certain ways based upon ethnicity, class and gender.”

NATHAN A. FINN
Spirituality for the Sent: Casting a New Vision for the Missional Church (IVP Academic, 2017)

In my sphere, the biggest threat is separating discipleship from the context of the local church. Parachurch organizations are helpful, but they are by definition relatively narrow ministries that focus on doing a few things (hopefully) well. Podcasts are valuable, but they feed American consumerism and undermine the ordinary means of grace found in weekly, embodied proclamation, prayer, singing and celebration of communion. Social media can be useful in numerous ways, but it creates an artificial sense of community and tempts us to present the best—perhaps even imagined—versions of ourselves to the watching world. Discipleship is a corporate project, and in the New Testament the local community of disciples is “ground zero” for where spiritual maturity takes place.

When I think about the changing expression of the church’s mission, two related transitions come to mind. The first is the transition from the attractional church model to the missional church model. There will always be a place for “come and see what God has done” (Ps. 66:5), but greater attention is being paid to “as the Father sent me so I am sending you” (John 20:21). The second is the transition from the idea that mission is something the church does to mission is what the church is. Mission isn’t merely one aspect of the church’s activism, but is the overflow of the church’s very existence as the pilgrim people of God who are both called out of the world and for the world.

When missional thinking takes root in churches, it reminds us that mission begins with God and that the church is an important expression of that mission. We, in turn, are sent out into the world to be missional agents who announce the kingdom through gospel proclamation and embody kingdom priorities by promoting human flourishing.

I’m increasingly captivated by the idea that the church is a contrast culture, but for the sake of others. On the one hand, we want to embrace all of God’s good gifts in every sphere of culture, knowing that this is part of what it means to be creatures. Every domain of life is under the Lordship of Christ, is superintended by God’s providential watch-care, and is worthy of our attention as Christians as an expression of our worship of God and service to others. As the hymn says, “He shines in all that’s fair.”

On the other hand, we live in a fallen world, so many expressions of culture, and sometimes even the very cultural structures and institutions themselves, have been corrupted by sin. Redemptive engagement means seeking ways to push back against corrupted systems and structures, even if provisionally and imperfectly, for the sake of the common good. This can be a signpost of the kingdom that has yet to come in its fullness. As an evangelical, I think it also means offering the hope of personal redemption through the good news of Christ’s saving work.

Growing ethnic and economic diversity will be a major issue. In America, the evangelical church has always benefitted from, and often contributed to, white, middle-class, male privilege. Often, this is implicit rather than explicit; the fish doesn’t know what water is! But as the “look” of our nation changes, we need to recognize that even believers see the world in certain ways based upon ethnicity, class and gender.

If the challenge of 20th-century missiology was to separate mission from colonialism, the challenge of 21st-century missiology is to separate mission from the cultural and personal assumptions we bring to the table. I’ve been challenged by the writings of Soong-Chan Rah and other nonwhite evangelicals who’ve called for an American evangelicalism that is committed to core evangelical convictions about the gospel, Scripture and mission, but that is expressed in as many ways as there are tribes, tongues and peoples.

From Outreach Magazine  Shann Ray Ferch: The Path to Reconciliation—Part 2

Another cultural issue will be the ongoing debates of gender, sexuality and marriage. I take what I believe to be a conservative and orthodox position on these matters, but my tribe hasn’t always communicated our views in a winsome way. Jesus always named sin for what it was, but he was also clearly for sinners—especially those who might be considered the “other.” These will continue to be tricky waters for us to navigate as we attempt to point our culture to a better way while also showing hospitality and neighbor-love to those who are not choosing God’s best.

The church is intended to “go viral,” so I’m encouraged that so many local churches see a key part of their kingdom agenda to be planting new churches. Networks, mission boards and collectives are valuable ministries to help facilitate church planting, but at the end of the day, this is a work undertaken by local churches. The best parachurch ministries really are “para” (alongside) the church, rather than competing with the church.

I’m also encouraged by a greater emphasis on “disciple-making” that takes into account whole process of evangelism, discipleship and reproduction. The temptation is for some to be evangelism people and others to be discipleship people. Disciple-making captures the full range of what we are commanded to do in the Great Commission.

Nathan A. Finn is dean of the School of Theology and Missions at Union University and the co-editor (with Keith S. Whitfield) of Spirituality for the Sent: Casting a New Vision for the Missional Church (IVP Academic, 2017).