“We’ve gotten distracted, but we need to focus more on our intentional process for making disciples who make disciples.”

Don’t miss Part 1 of the interview, in which Michelle Sanchez describes her journey from New York University business school, to Wall Street, to leading the discipleship efforts of the Evangelical Covenant Church.

How should a church balance its outreach to unbelievers with discipling the believers who are already there?

At their heart, these are not separate things, and I think we need a model where they’re linked. The problem is that in our minds they are separate categories. Someone does evangelism, the person becomes a Christian, they send them to some discipleship experience. But it has to come full circle: Discipleship ends in evangelism, and evangelism ends in discipleship, and you just keep going around and around.

When you were at Highrock Covenant Church near Boston, you started the wildly successful Spiritual Guides ministry. What made it unique among discipleship ministries?

When I started as an intern at Highrock, we decided to focus my efforts around Christian formation, or discipleship. The Spiritual Guides ministry came about to improve the process the church had for annual membership renewal and checking in with our overseers.

I thought the model of spiritual direction would make it meaningful. We trained several leaders in our congregation how to have basic spiritual conversations—helping people to find God in their life and to follow him. Then we’d ask every member of the church to have one conversation a year where they come up with one next step for following Jesus. Traditionally, spiritual direction has been one-on-one, in a monastery or something. It really hasn’t had anything to do with the local church. We were curious to see if there was a way to combine them.

The response was amazing. Lots of folks have the experience of coming to church, sitting in the pews, maybe learning some things in a class or through fellowship in a small group. But people would say, Wow, the fact that you’re asking me these questions is just profound. No one had asked them before, and people would encounter God. It gave people a clear sense of how and where they needed to grow.

But then something crazy happened: A Christian foundation heard about what we were doing and decided to fund it. That provided the money for the church to bring me on full time, which was a miracle. We weren’t even looking for that, but all of it was just riding this wave of God—he was clearly at work.

After you came on full time, you took discipleship one step further.

Throughout my whole life, God had been preparing me in two areas: I was an evangelist and a missionary who loved making disciples. That’s why I went into ministry. But then I realized, if we’re not growing those disciples to make more disciples, what are we doing? Christian formation was the other huge thing God had done in my life, and I just thought, these things have to be connected to each other. They’re not separate; they’re on a continuum.

I became pastor of Christian formation my third year at Highrock, and I started talking more about missional discipleship: making disciples who make disciples. Over time my title shifted to pastor of Christian formation and mission. The whole staff just realized they wanted to go toward missional discipleship. So we trained our staff and key church leaders—around 100 people—how to do that.

From Outreach Magazine  The Cat That's Got Christians' Tongues

What would it look like, practically speaking, to switch from a mentality of simply “helping people grow” to actually making disciples who make disciples?

It’s a giant leap, and it has to do with identifying a mature disciple. There are lots of folks who don’t have an answer. To them, it’s vague: Keep coming to church, keep studying your Bible, and you’ll grow. So lots of folks don’t really have a picture of maturity. Then there are a number of folks who do have a picture of maturity, but it’s one of these four: spiritual (the saint), intellectual (the sage), relational (the socialite) and missional (the servant). But there’s one image that’s missing, and it has the power to encompass all of these: the image of a parent (the spiritual mother or father).

I think we’ve lost Jesus’ original picture of maturity. When he first called his disciples, he said, Come follow me and I’ll make you fishers of people. He didn’t say, Come follow me and you’ll have a great prayer life. Come follow me and you’ll know the Bible. No. Come follow me and I will make you fishers of people. That’s the point. That’s the beginning of Matthew, and the end of Matthew is the Great Commission. When Jesus was done, he called his disciples to go and make disciples of all nations. Everything in the middle, all their growth, was still in the context of this mission. The point is that maturity means you become a parent. It means you’re spiritually, relationally, intellectually and missionally mature. But you’re also able to reproduce the life of Christ in someone else. I think if you’re not able to do that, you have more growing to do.

Churches who are thriving and reaching their communities and making disciple-making disciples know that Christ is the answer to everything. That idea is foundational to Christianity. Yet so many churches elevate tools, programs and strategies above Christ in their discipleship efforts, even if subconsciously. How do churches get to a place where they’re discipling by putting Christ at the center?

This is really the question, and it’s the one I feel least qualified to answer. This is hard. This is one I’m still working on. But a couple of thoughts: I really do feel, first, that in all I experienced when I was doing spiritual direction with people, there was something magical about being in relationship with someone who was challenging them to actually encounter God. That’s because he became a real person. He’s not just someone you read about on Sunday. And of everything I’ve ever done in ministry, I feel like those are the most powerful moments, feeling like Christ is at the center.

From Outreach Magazine  Jon Weece: The Metric of Movement

I think it takes community to do that. You need to have someone partner with you, to encourage you to find and follow God in your life. As long as discipleship is ultimately about finding and following the living Christ, he’ll stay at the center. And so it’s really more of a kind of ethos. It’s definitely not a program. And I think that can be uncomfortable. It feels much safer if Jesus is just behind the pages of a book or something than actually trying to discern what he is saying in the moment.

Today you’re leading discipleship efforts over the entire Evangelical Covenant Church denomination as the executive minister of Make and Deepen Disciples. What are you doing to elevate the importance and improve the practices of disciple-making in that space?

I’ve only been there a little over a year, so a lot of it so far has been getting oriented. But I would love it if by the time I finish this role, two things have happened: One, every Covenant church is more fruitful than they are now in evangelism. And two, every church has in place an intentional discipleship process to turn baby Christians into spiritual parents. I think most churches right now don’t really have that.

What’s the reality of discipleship in the American evangelical church right now, as you see it?

I see that we are strong in the Word of God. I also feel like we know how to walk with God. But I would love to see more intentionality around doing missional discipleship. I don’t think most churches have that in place, and as a result I feel like we’re plateauing and we’re stymied in the impact we could have.

Most of the church experience for the average Christian revolves around Sunday morning services. For most people, that’s discipleship. I feel like what’s really needed is a clear picture of what spiritual growth looks like. Then there should be a process in the church that helps people do that.

Now, when I’m talking about processes and pathways, there’s some program involved, but at their heart these are relational processes and pathways. You cannot do discipleship outside of relationship. Jesus focused on 12, so I think pastors need to pull back from the crowd, as Jesus often did, and spend time investing in fewer. If you can really pour into a smaller group, then they too will do the same, and so on, so the result is really exponential discipleship.

The purpose of the church is to make disciples, yet we’re doing all this other stuff. We’ve gotten distracted and busy, but we need to focus more on our intentional process for making disciples who make disciples. That’s our main responsibility as pastors. 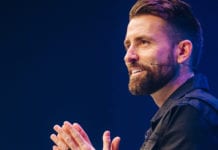 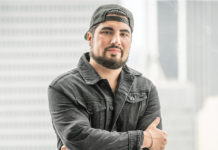 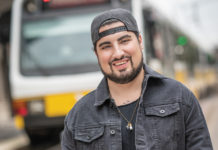