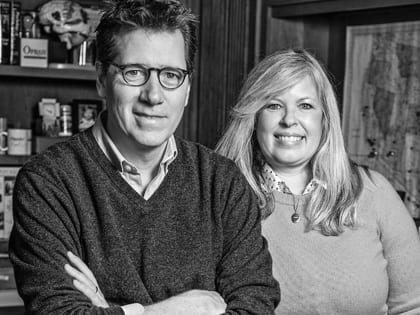 “For every percentage point that the divorce rate drops the lives of more than a million children are positively impacted.”

To replay the scene now, it feels like Disney-orchestrated destiny—or providence: Two teenagers from different churches on a ski retreat to Monarch Mountain in Colorado—there, on the slope, near one of the ski lifts, someone hollers, “Leslie!” and they both answer. And so they met, Les and Leslie, igniting a friendship and dating relationship that spanned their youth, that led to their marriage, that ultimately propelled them into tandem careers of counseling, teaching, writing and research. And all this experience bore in them a dream for the church, for the culture: saving marriage.

When you were young, first framing your impression of what marriage could be, what was that dream like?

Les: Well, I’ve got to tell you, I thought I’d heard of every marriage question possible. No one has ever asked me that before.

We did some research with a team at the University of Chicago a few years ago looking at people’s attitudes toward marriage—the attitude they grew up with. One of those attitudes is called the resolute mindset. And that’s the attitude I grew up with. I never thought about going through life not being married. I grew up in a pastor’s home and was blessed by seeing a pretty healthy example of marriage on most fronts, so I think I always saw marriage as part of my life’s story, part of my life plan.

Leslie: Maybe marriage was always part of my life plan like Les said. He was resolute but I was probably more of a romantic—not a shocker. Maybe not in the classical sense that you think of, where it’s all about romance and love stories. Mine was a lot more mixed up with my heroines and heroes and ministry marriage together. Like Les, I was raised in a parsonage. My idealized heroes were couples, like William and Catherine Booth, who really broke the mold and served to-gether, both of them in strength, as a couple. I grew up reading biographies of them and longing to have a life that was totally shared, that was really intimate, but also had purpose and meaning that was infused with ministry. Not that I didn’t love all the normal thrills that go with romance, but a lot of it was really bathed in that sense of noble, idealized sense of purpose.

Both of us had models of marriage and ministry growing up. Our parents each had real places of happiness and of course lots of humanity too. But one of the things we noticed was that our parents weren’t quite peers in their education and that did create a difference in their ability to serve together in some way. So we decided at a pretty early age—because we started dating young—that we wanted to be peers. So if one of us set our sights on a certain level of preparation that meant we were both going to achieve that. Anything Les dreamed of I decided to take on as a shared dream. I think that was a gift, creating our vision together.

Well, you have a rather romantic story of friendship, courtship and marriage, but I’m sure you had your bumps along the way.

Les: Absolutely. In fact, when we wrote this book, Saving Your Marriage Before It Starts, the very first sentence says, “We never had premarital counseling, but we spent the first year of our marriage in therapy.” And that’s the truth. We had a tough go of it that first year. We’d dated for a long time, more than seven years before we got engaged and got married. And here we were, both of us growing up in homes where our dads were pastors and nobody thought to say, “Hey, these two should probably have some premarriage counseling.”

I think that’s part of the reason for our passion. It’s been a passion since the beginning for us, after that first year of marriage, in our own story, our own narrative, we realized we could have avoided a lot of this stuff we had to trudge through if we’d had a little preparation on the front end.

At what point did you—either one or both of you—determine that you wanted to invest your life work in counseling, and specifically in marriage enrichment?

Leslie: Well, it’s interesting you would say that because when we initially married we went off to seminary together and I think our picture was more traditional. We thought we’d do church ministry. That was kind of what we’d known and projected ourselves into. But in seminary, Les had decided he wanted to pursue a Ph.D. in clinical psychology as well as his M.Div., just because we thought, Man, if you’re really going to care about people, what you want to do is help them heal in their relationships.

So I was pursuing marriage and family therapy, out of that same passion. As we were in our programs together and our gifts were unfolding, it became clearer and clearer to us that we felt more called to higher education and counseling than we did to traditional church ministries. So after graduation, along with some other things, we both dove in deep to Seattle Pacific University and Les accepted a faculty position and I was working in student life and we were using our gifts that way.

It wasn’t long into our service here that we just got asked by students to do some programming on falling in love and that kind of thing. And we were just astonished at the level of interest that they had. They were absolutely enthralled, fascinated, hungry and so out of that we started creating our program, Saving Your Marriage Before It Starts. So really it was just organic. It came from the needs all around us in our community. It came from our own story.

Les: While working on my studies at Fuller Seminary, I was doing part of my clinical work with Arch Hart doing group therapy for pastors. Pas-tors were traveling from all over the world to take this course in personal growth. So I would facilitate group therapy for these pastors in the afternoon, and it was in that pro-cess that I remember thinking to myself, Wow, these guys really have a challeng-ing life! And I wondered if my skill-set was suited for that. 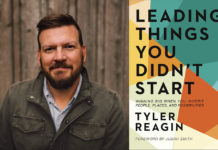 Leading What You Didn’t Start