Home Interviews Dave Gibbons: Is the Megachurch Over? 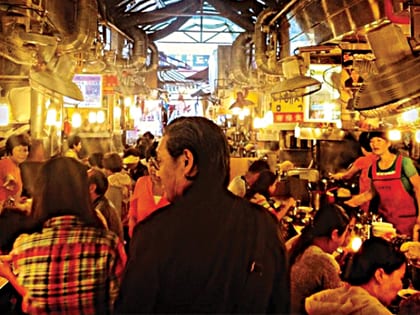 Dave Gibbons: “Is it really revival if the city hasn’t changed?”

The death of the megachurch isn’t happening any time soon. While large churches are an easy target of criticism, many of our comrades in these big churches are crushing it—meeting the spiritual and physical needs of their communities on a large scale.

Like Costco Wholesale stores, they might be surprisingly large but they are still widely loved. Mom-and-pop enterprises may close in the wake of the big box outfits—but the counterargument is efficiency and better service. That may be true, but whether churches or retail establishments, is there a downside to the big?

Perhaps it’s the metrics we are dazzled by in the American church. We are quick to define kingdom success numerically.

I’m not against large churches. I lead one and enjoy it. Large churches are part of a natural ecosystem, like the ocean. But it doesn’t mean we don’t ask the hard questions of how we define success. Nor does it necessarily mean that the large church is the healthiest model of community and the most reliable indicator of a city’s transformation. Often we can have large churches but the culture is still unaffected. Is it really revival if the city hasn’t changed?

Perhaps the best number is zero. It’s a metric not easily inflated or hyped.

Zero orphans or foster children waiting to be adopted.

Zero crime in our city.

Zero people without access to quality health care and education.

Some healthy churches actually decline in numbers. How many times did Jesus thin the crowds by upping the ante to see if people really wanted to follow him? He challenged people to hate their mother and father, possibly give up all their possessions, take up a cross and follow him. If we just cater to the care of the crowd, could it be that we are diffusing our potency and resources? What if we focused our resources primarily on the Twelve? Oh, we don’t do away with the big stuff. Jesus didn’t. But focus where and with whom we share the blessings, based upon what we see the Father doing.

Maybe then the Father would lead us to one who holds the keys to the whole city. That strategy worked well when Jesus had the conversation with the Samaritan woman. Or when Philip was running next to the Ethiopian eunuch in the desert. A village, a nation and the world would feel the impact of these one-on-one encounters led by the Father.

So it’s about the operating system, not the hardware. Instead of numbers or forms or structures (hardware), it’s the church’s operating system that needs to change. The operating system is our mindset, our metrics of success, our values, beliefs, philosophy, ethos. It’s the way we do things, the distribution of power, our reliance on the Spirit.

I was daydreaming several years ago, thinking about the direction of the local and global church, when I saw a small cloud rising. The change we yearn for may be slow in coming, seemingly insignificant, but that doesn’t mean there won’t be a cloudburst of grace.

Dave Gibbons is lead pastor of Newsong Church in Santa Ana, Calif., and other locations. He also is bivocational, working as an advisor to leaders globally and as the CVO of Xealots.org. His reflections on the church are featured in his newly released book, Small Cloud Rising: How Creatives, Dreamers, Misfits and Poets Are Awakening the Ancient Future Church. Check it out at SmallCloudRising.com.