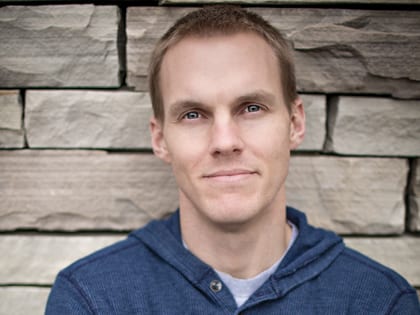 David Platt: “Yes, we want to be bold, but there’s a contrite courage, a humble boldness, that I think the Word warrants.”

It’s quite a trajectory—from academia to pastorate to global mission executive—yet different facets of the same call: Make disciples. And the progression in his thinking is documented in the best-selling books he has written: Follow Me: A Call to Die, A Call to Live; Radical: Taking Back Your Faith From the American Dream; and A Compassionate Call to Counter Culture. It is that recently released third title that gives focus to this discussion.

David Platt, the former pastor of The Church at Brook Hills in Birmingham, Ala., and current president of the Southern Baptist International Mission Board, has a thing about convictions: If Scripture speaks it, it should not be regarded as optional. We can’t pick and choose what we adhere to, what we stand up for. So he writes of poverty and same-sex marriage; racism and sex slavery; abortion and pornography. But this is not just another volley in the culture war, for we counter culture with grace. Surely we point to another way, but it’s a redemptive path blazed by the one who loves us and pursues us relentlessly, with kindness on his mind.

You’ve written Radical and now Counter Culture urging us to take the implications of our faith seriously. How did that journey unfold for you personally?

By God’s grace, I grew up in a Christian home and came to faith in Christ at an early age. My life is a product of men who have invested God’s Word and God’s grace into my life—a handful of men who have had a huge impact on my life. They encouraged me with the Word to see God for who he is and to realize the implications of what God’s Word means for life.. If God’s Word is true, then it has huge ramifications for the way we live. There’s just no casual way to go about applying the truths of God’s Word in the world we live in, a world full of massive, urgent spiritual and physical need.

And there was one point in my journey with Christ where I remember seeing in God’s Word for the first time his desire to make his goodness and greatness, his grace and his gospel known among all the peoples of the earth.

I remember seeing that in the Word with my jaw on the ground, thinking, This changes everything. Christianity is not about me and what fits my preferences and my comforts. It’s about him. It’s about making his glory known in the world no matter what that costs, because I know that his reward is greater than anything this world has to offer.

That conviction from the Scriptures was confirmed in your own experiences abroad, wasn’t it?

Yes, there was a moment actually a couple years later when I found myself overseas on a mission trip in a place of urgent physical need and realizing again one of those jaw-on-the-ground moments as I got on a plane to come back to New Orleans where I was living at the time and realizing, OK, my life has got to be about making a difference in the world beyond New Orleans, that the world doesn’t look like what I see around me here in America—by God’s grace one of the wealthiest places ever to exist on planet Earth.

God has given much grace, but he’s given it for a purpose—for his glory to be known in all nations. So I’ve got to think through how my life is going to be a part of his global plan to make his praise known among all the peoples of the world, especially a world where there’s such urgent physical need on top of urgent spiritual need. .

It was that intersection, that collision between Word and world in my life that left me saying, OK, what does this mean for the way I live?