BOSTON—Ram Gidoomal, chairman of The Lausanne Movement board of directors, today confirmed the selection of the Rev. S. Douglas Birdsall, current executive chair and CEO of the movement, as the new president of American Bible Society, effective March 2013.

According to Gidoomal, Birdsall has led The Lausanne Movement since 2004, a time in which the movement has taken great strides toward its vision of “the whole church taking the whole Gospel to the whole world,” and he has helped lay the groundwork for many productive years ahead.

In addition to his leadership of The Third Lausanne Congress on World Evangelization: Cape Town 2010, Birdsall has increased international participation in the movement, especially among younger leaders, and helped Lausanne better serve the global church with solid biblical thinking, strategic planning and practical resources for world evangelization.

“Together Doug and the global leadership of Lausanne have established a firm foundation for the movement’s continued growth and success to the glory of God,” Gidoomal explained.

“The Third Lausanne Congress: Cape Town 2010 renewed a passion in my heart to eradicate Bible poverty and see God’s Word spread far and wide,” Birdsall said upon accepting the new position. “I am honored that the ABS board has asked me to serve in this role.”

Recognizing this new call on Birdsall’s life, the Lausanne board of directors unanimously affirmed him for the new position. “We are pleased to commend Doug Birdsall to this new role at the American Bible Society, knowing he will be a great asset to ABS,” Gidoomal continued.

Birdsall will continue in his current role with Lausanne through February 2013. He will join American Bible Society in March 2013. A search for a new CEO for Lausanne is underway, with plans to have a new CEO in place shortly after the new year, allowing for a time of leadership transition.

“As Doug moves into this new role, he takes with him the prayers and high esteem of the Lausanne board and the entire movement,” Gidoomal concluded. “We ask for your prayers as Lausanne’s Leadership Selection Committee seeks the Lord’s guidance. We are confident God will provide the right leader to take us into the next decade of effective ministry.”

The Rev. Billy Graham, founder of The Lausanne Movement, said: “I am very happy to hear of Doug Birdsall’s appointment as the new president of the American Bible Society. Under his leadership, The Lausanne Movement has been strengthened and revitalized, and I pray that God will continue to use it to call the global church to a renewed commitment to world evangelization. May God bless the American Bible Society under Doug’s leadership as it explores new ways to bring God’s Word to this generation.”

The Lausanne Movement leaders and American Bible Society leaders have worked together since 1989 through The Forum of Bible Agencies International. The forum, which grew out of The Second Lausanne Congress on World Evangelization (Manila, Philippines, 1989), brings together international Bible agencies and other mission organizations with a shared vision of “working together to maximize the worldwide access and impact of God’s Word.” In addition, American Bible Society was involved in crafting the “eradicate Bible poverty” emphasis at Cape Town 2010, which had a deep impact on Birdsall.

Birdsall first became involved with Lausanne in 1987 as a participant in the Younger Leaders Conference in Singapore. He has been a member of the Lausanne board since 1999, and assumed the chairman and CEO post in 2004.

American Bible Society board Chairman Pieter Dearolf stated: “This position [with ABS] builds on Doug’s 30 years of leadership, which have been focused on pointing people to the message of the Bible. We are excited to have found someone so well-suited for guiding the ministry into a new century of work around the world.”

Lausanne is a global movement that mobilizes evangelical leaders to collaborate for world evangelization. It grew out of the 1974 International Congress on World Evangelization convened in Lausanne, Switzerland, by Graham and Bishop Jack Dain. The Third Lausanne Congress on World Evangelization (October 2010) in Cape Town, South Africa, brought together 4,200 Christian leaders, representing 198 countries. The resulting Cape Town Commitment serves as the blueprint for the movement’s activities. Lausanne is convening four to five consultations each year around the issues articulated in The Cape Town Commitment. 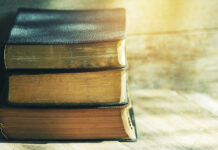