Home In the News J.D. Greear to Be Nominated for President of Southern Baptist Convention 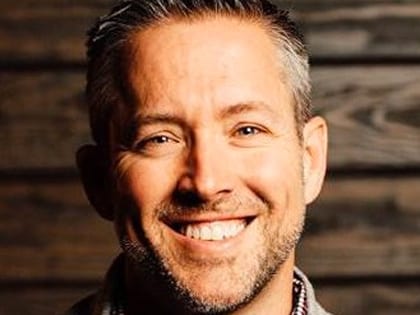 Pastor of North Carolina’s The Summit Church will be nominated at denomination’s annual event in June.

Greear, 42, “is leading his generation to live out a passion for the SBC, missions and the local church,” Scroggins, pastor of Family Church in West Palm Beach, Florida, wrote in a news release stating his intention to nominate Greear during the SBC annual meeting June 14-15 in St. Louis.

During the 14 years Greear has pastored The Summit Church in Raleigh-Durham, North Carolina, worship attendance has grown from 350 to just under 10,000, Scroggins said. Total baptisms increased from 19 in 2002 to 928 in 2014, the last year for which statistics are available through the SBC’s Annual Church Profile.

Scroggins said The Summit’s “149 people currently with” the International Mission Board (IMB) marks the largest total from any church in the convention—a statistic the church told Baptist Press the IMB has confirmed. Greear himself served two years with the IMB before being called to The Summit.

Closer to home, The Summit has planted 26 churches in North America in conjunction with the North American Mission Board.

Another key emphasis at The Summit is diversity, Scroggins said, with nearly 20 percent of worship attendees coming from non-Anglo ethnic groups. One of the congregation’s nine campuses is Spanish-speaking, and one is located in a prison, the church said. “Nearly half” of the church’s campus pastors and worship pastors are non-Anglo, Scroggins said.

“Believing J.D. Greear is God’s man for the hour who models in his church the best of what a Southern Baptist pastor is all about,” Scroggins wrote, “I eagerly look forward to placing his name in nomination.”

In his release, Scroggins said the church “voted last year to give $390,000 to the Cooperative Program in 2016, making it one of the top CP giving churches in the state of North Carolina and the SBC.” He noted this marks a 230 percent increase in The Summit’s CP giving.

Three years ago, the congregation voted to increase its giving through the Cooperative Program over a five-year period to 2.4 percent of undesignated receipts, the church confirmed to BP. The Summit reached its goal two years early.

As of Jan. 1, 2016, The Summit began forwarding its entire CP giving through the Baptist State Convention of North Carolina (BSCNC), the church said. Previously, it forwarded some funds it regarded as CP gifts directly through the SBC Executive Committee for distribution according to the CP allocation formula. In 2013-14, for instance, it gave $96,000 directly to the EC, according to the 2015 SBC Annual. The BSCNC reported CP receipts of $54,000 from The Summit in calendar year 2014. Adding the two numbers together yields the $150,000 the church self-reported as “CP giving” on its 2014 ACP—a total amounting to 1 percent of undesignated receipts.

The Summit’s Great Commission Giving “has been at or around 10 percent for the last several years,” Scroggins wrote. Great Commission Giving is a category of giving established by SBC action in 2011 that encompasses giving through CP, Southern Baptists’ unified program of funding state- and SBC-level ministries, as well as direct gifts to SBC entities, associational giving and giving to state convention ministries.

The Summit’s Great Commission Giving includes more than $1 million annually to IMB-related causes and more than half a millions dollars to NAMB-related causes, the church told BP. The Summit additionally is in the process of funding an endowed chair at Southeastern Baptist Theological Seminary to the total of $500,000.

Greear told BP, “One of the things God has put on my heart is that my generation needs to take personal responsibility for the agencies and the mission boards of the SBC and not just think of them as the SBC’s, but think of them as ours.”

He continued, “The second thing I want to do is celebrate the autonomy of the local church in choosing how it’s going to give. We want to see CP giving elevated, and we are doing that … but we also want to see Great Commission Giving celebrated, because that’s part of the autonomy of the local church. Ideally, I want to see churches do what we are doing, which is give more sacrificially to the CP but then have the autonomy to direct [their] gifts to Great Commission Giving and have that not only be legitimate but celebrated.”

Greer emphasized that “missions is more effective when done in cooperation with like-minded churches, and we feel really good about the [entities] of the Southern Baptist Convention and how they’re leading.”

Greear’s nomination is the first to be announced for the SBC annual meeting.
He is married to Veronica and has four children. Greear holds master of divinity and doctor of philosophy degrees from Southeastern Seminary.

This article was originally published by the Baptist Press.

Check out Outreach magazine’s interview with Greear, “Gaining by Losing” »