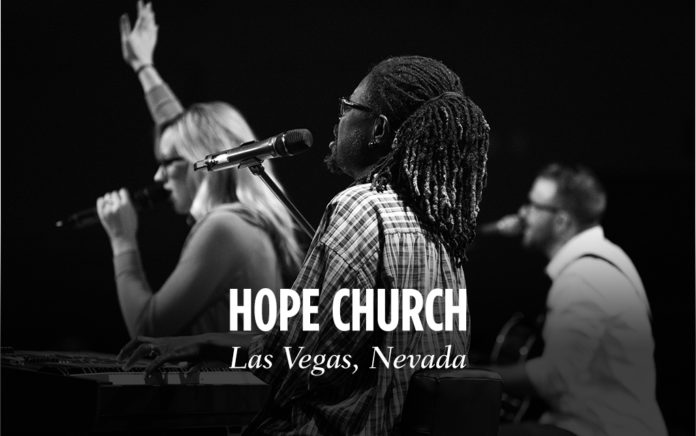 Las Vegas church knows replication is the key to reaching the lost.

One morning in 1999, Vance Pitman, who at the time was senior assistant pastor of a large church in Memphis, Tennessee, was reading Luke 4:43 when he recognized something in Jesus that wasn’t in him—a passion for the kingdom of God to be expanded to other cities.

Up until that point, Pitman had spent his decade-long ministry career revolving his life around whatever church he was in. But that morning he and his wife knelt down in their living room and prayed. “We knew God was stirring our hearts about joining in his kingdom expansion in another city. We just didn’t know where.”

They assumed they’d be heading overseas to experience another culture, but two weeks later, Pitman’s mentor called to say he felt the Lord asking Pitman to start a new church in Las Vegas. At the time, Vegas was the fastest-growing city in North America. In December 2000, Pitman and his wife relocated there and began to make disciples. They launched Hope Church in September 2001, but it wasn’t an easy reception as post-9/11, the country was seeking stability, security and permanence, and they were just getting their footing.

“Our initial goal was to plant 10 churches in 10 years, which, at the time, sounded like the most audacious goal ever,” says Pitman. “We had no idea that God had so much more in store for us.”

Because the Western United States is largely unevangelized, in 2015, their vision shifted to reaching 1% of the West over a 15-year span.

“We’re asking the Lord to let us plant 300 new churches that would reproduce and multiply 10 times each,” says Pitman. “That would be 3,000 new churches. If those churches each reached 250 people for Christ, that’s 750,000 people.”

Ultimately, it’s an understanding that the only way to reach those who don’t know Christ is through multiplication of the church.

“There’s a philosophy that’s about growing God’s church and a philosophy about expanding God’s kingdom,” explains Pitman. “If we’re going to be about expansion of the kingdom, multiplication must is key to that strategy.”

Pitman says that most church planters are trained to first plant a church, then make disciples, then engage the city with the gospel. “The problem with that strategy is that it’s biblically backward. That’s not starting churches. That’s starting church services. Our calling is to engage the city with the gospel so that disciples can be made. When disciples are made, churches are born as a byproduct.”

But the goal, as Pitman points out, is not about the churches as they are not eternal. “The church locally is a temporary tool established by Jesus for the expansion of the kingdom.”

What’s tragic is that the American church tends to put all the emphasis on the church, which means spending 90% of our time, energy and effort on that which is temporary, giving just 10% toward that which is eternal.

“We have some of the sharpest, slickest, most creative churches the U.S. has ever seen, yet we have fewer people going to church than ever before,” says Pitman. “At its heartbeat, the goal can’t be to be a large church. It has to be a multiplying church and then trust God with whatever size the church is going to be.”

Since launching 19 years ago, Hope Church has planted 68 churches and roughly 400 to 500 people have gone to be part of those church planting teams. One thing that distinguishes Hope is that they don’t think of missions as a department of the church.

From Outreach Magazine  Discovering a New Focus on Service

“What has happened in a lot of churches is they place missions in a category,” says Pitman. “We believe there are not missions. There is just the mission, and the mission is why the church exists.”

To help the community, Hope Church focuses on foster care, human trafficking, education, racial reconciliation, the vulnerable, the poor and the homeless.

“All those things we are targeting not as sideline ministries, but because we believe when the kingdom expands in our city, the city ought to become a better place to live,” says Pitman.

With regard to the multicultural aspect of a community, he says that if everybody in a congregation looks the same, talks the same, acts the same and the city doesn’t look like that, there’s something wrong with how that church is engaging the city with the gospel.

“When you start with the city and take the gospel to the city, then the church becomes a reflection of the community.”