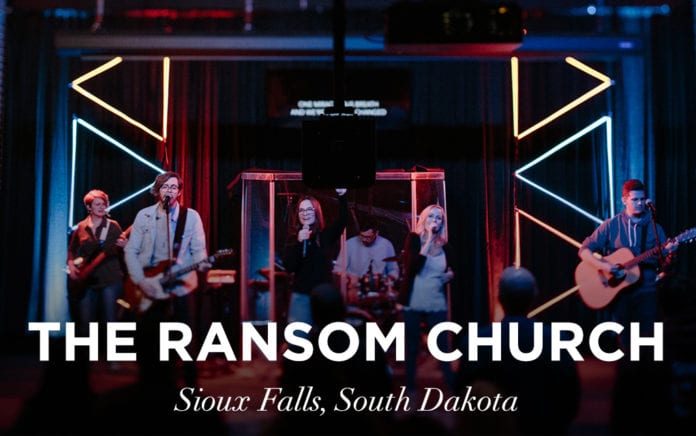 These days it often seems as if members of society are concerned only about their own needs and wants. Phill Tague, lead pastor of The Ransom Church in Sioux Falls, South Dakota, has a different perspective.

“People want to serve and make a difference. They want to know their life matters,” he says. “We provide opportunities for people to discover their giftedness because once they tap into their God-given identity, it’s a game changer.”

A few years back, Tague discovered that the church was doing a real disservice to people by offering spiritual gifting tests.

“We’re not helping people when we tell them, ‘The way God has made you means you’d make a great greeter,’” says Tague. “What lights their fire is less attached to a particular ministry and more attached to their wiring.”

All of this points people to Jesus.

“It’s not about what you know and what you can do. It’s where you’re headed,” says Tague. “Are you headed toward Jesus? And can you bring someone with you?”

A couple of years ago, Tague says he experienced a spiritual crisis when Ransom was growing numerically, yet he wasn’t satisfied with the spiritual temperature of the church.

“We seemed to be getting shallower and caring less, and I found myself thinking, If all we are 10 years from now is a bigger version of what we currently are, I’m done. I don’t want to do this anymore,” he recalls. “It started me on a wrestling match with God.”

But then the Holy Spirit intervened, he says. “He whispered, Phill, I did not build Ransom to be large. I built it to be leveraged, and I want you to leverage it for the sake of the kingdom.”

That’s what really began their deep dive into a multiplication focus—not just doing multisite but also planting churches. Not just equipping people to serve but unleashing them in their giftedness. Not just hosting small groups but teaching people how to be disciple-makers.

“All of that journey of giving away and being willing to go beyond the addition and multiplication actually caused us to grow more because people were going deeper and inviting others to Christ,” says Tague, noting that this strategy has made all the difference.

South Dakota’s population is 500,000; half of those residents live around the Sioux Falls area.

“Sioux Falls grows by 70,000 or 80,000 on the weekends when people come to town to take in sporting events or to go shopping,” says Tague. “During the Christmas season, the number of people in town doubles every weekend.”

The Ransom Church, which launched in 2009, has a significant recovery/homeless/transitional population. In fact, every time they launch a new campus in another area of town, that space fills with the broken, the lost, the hurting and the downtrodden. The church also has an effective jail ministry; last year alone they saw 800 people come to Christ through the ministry.

“Our downtown location is next to the jail and also next to upscale housing near the arts community,” explains Tague. “Being a bridge between a more affluent culture and those coming out of jail means that it’s not unusual to have a six-figure-generating person sitting with a homeless person.”

Through the years, Tague has learned what it means to be a true leader. “Leaders often think that to be the best they must grow the church to be the biggest it can be, but I’ve learned that it’s more important that I be a pastor equipper. He calls Ransom a training center for hundreds of thousands of lay minsters because ministers, alone, simply cannot do it.

From Outreach Magazine  4 Ways to Be a Light of the World ... on Social Media

“No matter how fast you grow your church, you cannot reach the world,” says Tague. “You can only reach the world when you equip the saints to be the body of Christ.”

He admits that this task is not always easy when egos are involved. “In order to do that you have to give away all the stuff people love in ministry—all the accolades, the pats on the back. If you’re unwilling to give those away, if you have to hold onto that, then you’ll never be part of anything exponential.”