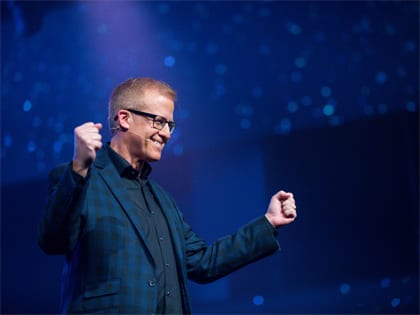 Eastside Christian Church in Anaheim, California, has adopted a vision that is easy for churchgoers to digest. The goal, according to Executive Pastor Tim Bond, is for the congregation to reach at least 1 percent of the roughly 5.8 million people who live in a 20-mile radius of the church.

“Our mission is to transform our homes, community and world by pursuing God, building community and unleashing compassion one neighborhood at a time,” Bond says.

This mission, the simple strategies used to fulfill it and the accountability the Eastside staff faces for getting results has helped the church community transform and expand. Bond says the church has gone back to basics, investing in what the pastors care about most—saving souls. Each year, the team breaks the calendar year into two six-month seasons to plan how it will accomplish this mission. Each weekend, the staff plans the best way to attract and retain visitors.

“We put a lot of time in creating relevant weekend experiences for people who are unchurched and dechurched,” he says.

Norm Hamre, pastor of Eastside’s La Habra campus and a church member before that, says the worship services are accessible to newcomers, who include a wide range of people in diverse Orange County—home to a large population of whites, Asians and Latinos.

“Eastside is very sensitive to how someone receives the things we’re going to say,” Hamre explains. “If someone comes to us and they have no church or faith background, [the message] doesn’t need to be pulled back. We still worship, and we still have some pretty deep messages. Our language is always intentional.”

In addition to sermons, Eastside also builds community through the small groups it offers throughout the week. The church calendar routinely includes ways for people to help the less fortunate as well, Bond says.

“All of our ministry is aligned around those important things, and there’s accountability for alignment and also accountability for results,” he says. “We actually have score cards. If you’re saying you’re going to get something done, that person’s supervisor will say, ‘How did that go? Did we do what we said we were going to do?’”

Hamre says Eastside has been purposeful about “staff alignment,” which means ensuring the staff communicates effectively and tackles challenges as a group. The team has made a concerted effort to make the church more racially diverse over the years. Just a decade ago, it was primarily white- and blue-collar. Today, “every single one of our campuses has become more and more diverse,” Bond says.

As a spiritual leader, Bond has learned to expect the unexpected and seen how God is greater than any barriers the church faces.

“We would have never guessed that the things that have happened in the last five years would happen,” Bond says. “It’s almost hard to believe. It’s been an incredible ride. We’ve grown so much larger than we would have ever planned or budgeted for five years ago. It’s kind of a reminder of how big God is.”