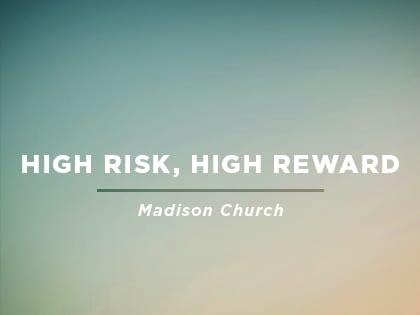 “This isn’t what I thought planting a church would be like, but I’m much better off because of it.”

Madison Church is celebrating its second anniversary next month, on the first Sunday in September. Because of this, summer has become a season for me to reflect on the past and look forward to the future. There have been seasons I remember frequently, and others I’m still trying to forget! But God has been active in and around our faith community in ways we couldn’t have imagined when we started.

Two years ago, I moved to Madison, Wisconsin, a city I loved but had only visited. To make the move possible, my wife had to remain where we were currently living and finish a contract with her employer. I left her for a few months and only took what I could fit in a backpack and a duffle bag. She kept our only car and I bought a bike. (I thought it would be warm enough in March to ride a bike in Wisconsin!) And since we couldn’t afford two places to live, I asked a local pastor if I could stay with him for a week. (I ended up staying with him for a few months.) The move was daring. I didn’t initially have a job, vehicle or place to live. Regardless, I was full of faith that we would make it—and prayerful I wasn’t wrong about that!

Well, a couple years have passed and we’re still thriving here. I thought about this recently, and it occurred to me that that early time was a defining moment for me as a leader. There have been decisions I have made that were the difference between the life and death of our young faith community. It’s during these times that I’m glad a high-risk, high-reward move was the launching pad into ministry for me.

From Outreach Magazine  How Safe Are Your Kids? 4 Children's Ministry Security Checks

My experiences have taught me how to recognize God’s voice clearly no matter the situation or circumstances and to have confidence in obedience. It’s an entirely different experience now to read about Peter stepping out a boat and walking on water to Jesus, as I have personally responded to a call to leave personal comforts and step out into the unknown. These kinds of decisions also require a lot more sacrifice, and are exactly what Jesus meant when he told his disciples to pick up their crosses and die to themselves.

This isn’t what I thought planting a church would be like, but I’m much better off because of it. And recently I’ve sensed God is leading me to leave my current position as the manager of a Starbucks store to go full-time at our church this fall. I know that not doing this would be acting outside of God’s will. Not all of the church’s finances are there right now, but we’re going for it anyway.

I don’t think I would be planning such a transition unless I had gone through what I did two years ago. But that was before I knew what it was like to go all-in.