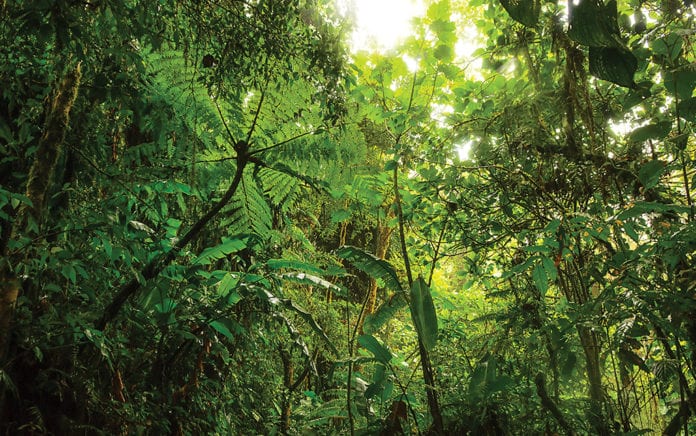 It was May 1989 and Rocky had had a tiring day. Selling new cars was something he was good at, but the hours were long and the pressures were enough to make a man scramble for some solace at the end of the day.

As he entered the apartment where he sublet a room from a friend, Rocky was eager to shut the door, fall asleep and let the day fall from him. But somewhere between the front door and his room, his friend was able to ask how Rocky was and mention something about how a church he had visited was looking for missionaries to join a team going down to Honduras.

That’s when Rocky did something that changed his life.

Thousands of civilians were caught in the crossfire between the Communist Sandinistas who threatened to take Honduras, and the rebels, or Contras, who defended it. “It’s a humanitarian crisis,” his friend said. “People are desperate for help.”

Initially, it was something Rocky didn’t even consider. But as he lay in bed that night, the idea of offering himself for the mission knocked around in his brain. Later, he had a dream in which God told him he would meet and marry a blonde, blue-eyed Dutch nurse … in Honduras.

It wasn’t long after that that Rocky was on his way.

Two weeks after arriving in Honduras, Rocky lay on a rubber mat in a hut so thick with mosquitos it was like an interior fog. A raging fever from the malaria he had contracted was boiling his blood yet he shivered so violently, his teeth rattled. Each time the Sandinistas’ shells would land nearby, the ground would quake and shake the dust from the ceiling to cascade down onto his skin that had turned gooey and oozing from thousands of infected bug bites. He kept his arms pulled tightly to his sides to keep from touching the netting where the vampire bats would suck his blood and turn his arms and bedding into a bloody mess.

He was miserable. “I volunteered for this?” he chided himself through chattering teeth.

One day when he was better, Rocky was riding in the back of a military ambulance when it came to a stop. The back doors opened and there stood a Dutch nurse who was blonde and blue-eyed—the exact same nurse from his dream. His heart began to pulse a little faster. Suddenly, the harsh Honduran conditions got a little more bearable.

In the days to come, Rocky worked alongside medical teams from a field hospital to help burn victims that had been caught in the blitz of incendiary weapons meant to char the Contras into submission. Rocky was initially confused as to why none of the civilians who arrived at the unit were young men—only children, old folks and women.

Most of the men were dead.

The level of poverty Rocky saw in the Honduran jungles was shocking—dirty water, little food, the most crudely crafted shelters imaginable filled with malnourished people. Often times kids would show up to school hungry and naked. Most children had no idea why their fathers were gone or why heaven rained fire.

Rocky’s job was to do whatever he was told by the missionary leaders, and there was always more than could be accomplished. They battled the elements, the mosquitos, sickness, injury and the witch doctors who brought the people lies of healing from a dark underworld.

One day while Rocky was trying to comfort burn victims waiting to be treated, a little boy walked up and tugged on Rocky’s shirt. Despite only being able to speak the Miskito language of the Honduran jungles, he was able to communicate that he wanted milk. Rocky sent someone inside the field hospital who returned with some canned milk. The boy took it, and when he turned around to walk away, he revealed a severely burned back.

Part of the boy’s story became suddenly clear: The milk was not meant for him. If it had been, he would have stayed to be treated.

In the months to come, the boy would come back about every two weeks to find Rocky, who began to buy small cans of powdered milk to keep on hand. In the process, Rocky learned that the boy was taking care of his baby sister by himself. Because the Honduran villagers lived in small clearings in the jungle, they would often have to run into the jungle when bombs began to slam the earth. The night before the little boy tugged on Rocky’s shirt, he, his sister and mother had been fleeing from the shelling when his mother was struck. She was obliterated right before their eyes.

From Outreach Magazine  Why You Don't Need to 'Start' Another Church

That is why the little girl never appeared with the boy to get milk. She stayed where she believed it was safe—in the jungle. To her, a clearing meant death.

Months later, the day came when Rocky was transferred to a different hot zone. As he got on the plane and the pilot began to power up, out from the jungle and into the gusts of wind stepped the little boy holding the hand of his sister dressed in a filthy white dress. They had come—to the clearing—to wave goodbye to the man who gave them milk—and life. Rocky had dealt with so many sick people in so many ways, it never occurred to him that the day he handed the little boy a can of milk would amount to this dangerous expression of thanks.

“They’re so little,” he whispered to himself as he broke down. He wept for their indescribable plight: on the run from the elements, starvation, disease and communist warriors.

Rocky’s soul had been marked by the eyes of that boy and his sister. He couldn’t shake their image. He forever had a heightened sensitivity for the dangers children face around the world. Would God use it?

Six years later, in 1995, Rocky and his wife, Joske, the Dutch nurse he had met in Honduras, moved to Santa Cruz, Bolivia, where they would start a church motivated by what Rocky believed was a call from God to disciple the entire nation—no small feat.

They strategized that to hold services in a movie theater would allow them to take advantage of the free advertising the newspapers would give theaters around the city. So they included the playing of Christian movies as a part of the community outreach, and the movies quickly showed to packed houses. People began to come to Christ at a stunning rate. They traveled from far and wide to hear about Jesus and to be set free from hopelessness. In just six months, the church tipped 1,000 people in weekly attendance, and every six months saw another 1,000 people. But even at the pace, Rocky knew that if he were to reach all of Bolivia for Christ, it wouldn’t happen in 20 of his lifetimes. 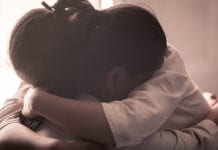 How to Help Friends in the Midst of Suffering 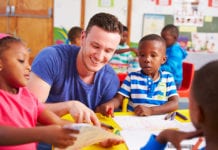 4 Reasons You Should Consider Teaching or Volunteering in Kids Ministry

How to Leverage Existing Ministries for Outreach