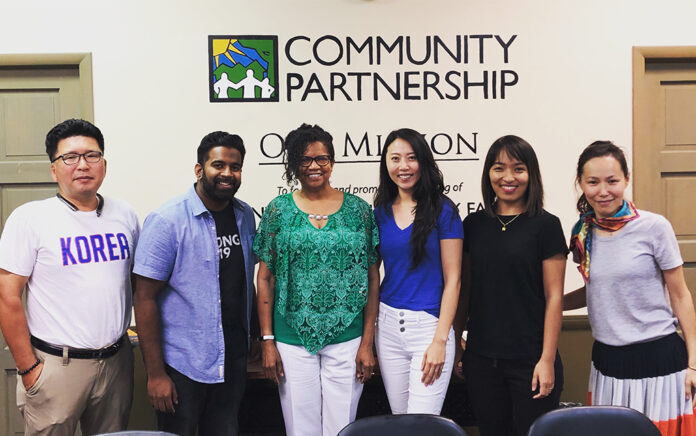 Saehee Duran leads positive change in her church and community.

Together with her husband, Damon, Saehee Duran planted Life360 Intercultural in 2015 as part of Life360—an Assemblies of God multisite congregation centered in Springfield, Missouri. Today, as lead pastor, she oversees all aspects of that campus’ congregational life and development.

In addition, Duran is an adjunct professor at Evangel University and training coordinator for the Assemblies of God’s Network of Women Ministers, all while raising three children. She also serves as a chaplain for the Springfield Police Department (the only female and person of color so positioned) and is the founder and chair of Springfield’s CultureFest, an annual gathering encouraging and celebrating the cultural diversity of the city. For these and other efforts, Duran was selected by the Springfield Business Journal last year as one of the city’s most influential women.

Recently, I caught up with Duran to discuss multiethnic church ministry as well as her approach to effective community engagement.

Why did you plant a multiethnic church?

For the sake of my children and others like them, and to bring change in the name of Christ to the community. Historically, Springfield is very homogeneous, yet my own family is multiethnic: Damon is Hispanic and I am a first-generation immigrant from Korea. In planting the church, Damon and I recognized the need to act intentionally and remove restrictive, man-made barriers so that people of every background might experience God’s love in our congregation.

Recently, you told me about a man …

Yes. When we first started the church, a person of east Indian descent shared he had a very uncomfortable encounter at a church. Arriving for worship, he was seen as “different.” Standing out in the otherwise majority-culture space, he felt others looking at him as if he were a terrorist.

From Outreach Magazine  The Outer Limits of the Inner Sanctum: 5 Ways to Make a Gospel Impact in Your Home

I want to change the narrative for people like him and so many others when it comes to engaging the church. As pastors, we need to do what is right biblically so that our churches reflect God’s heart for all people and are safe places in which no one stands out yet is equally valued.

You’re a Korean woman who has planted a multiethnic church in a predominantly white community. Six years into the journey, what joy have you experienced?

I love being a value add to the community and to the broader body of Christ, and I embrace my uniqueness. Because of that uniqueness, I’ve been given many opportunities to be a voice for positive change in the community. For instance, recently the mayor asked me to co-chair a committee in response to George Floyd and I accepted. Over time, the community has come to value my input and find strength in diversity. However, this hasn’t always been the case. At first, I was the typical “token” minority, but I determined early on not merely to occupy a seat at the table but to engage in the dialogue. They invited me, right? So, I ran with it.

In showing up and engaging respectfully with majority-culture people, I seek to build bridges, not to burn them down, for the sake of those who will come after me. I’m always thinking about the next female, the next Korean and other minorities, those I’ve never met. My mindset is one of paving the way for others.

On the flip side, what challenges have you faced?

The primary challenge I face as a leader is being a woman in the body of Christ. In the community, my gender is not seen as an obstacle or a threat the way it is by the broader Christian community. Although I respect and honor different perspectives on women in leadership, it’s a constant challenge for Christian women called to ministry to navigate the complexities of church leadership culture and practices. Even a stated value or belief that women should be in church leadership, including the pastorate, does not mean churches, networks or denominations are making that happen swiftly. In most cases, it’s often later than sooner.

From Outreach Magazine  The Best Way to Grow Your Church

What keeps me going, though, is my calling. God’s called me to pastor. He’s gifted and positioned me for leadership. Also, male allies who champion women ministers help me stay obedient to God’s call to ministry despite the challenges.