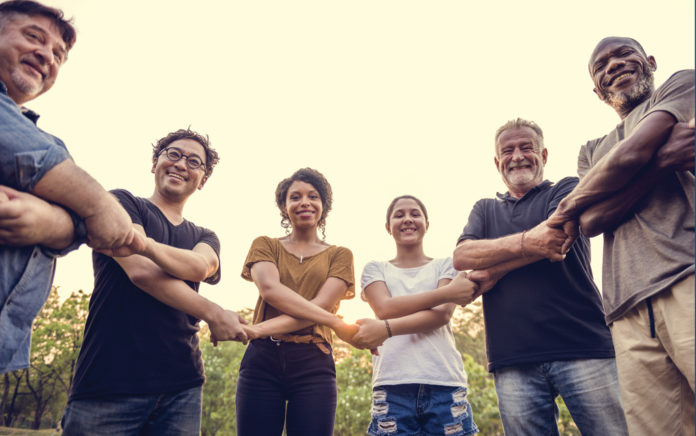 Here are new benchmarks that provide insights into the multiethnic church movement.

In his plenary talk, Emerson, one of the nation’s leading scholars on race relations and religion, explained, “We’ve been tracking multiracial congregations in the United States since 1998. We did a national representative study in 1998, 2007, 2012 and now, [toward the end of] 2019.”

Telling conference attendees they were the first general audience to see these new results, he noted that in the early 2000s, Mosaix put out a really bold claim by suggesting that 20% of congregations would be made up of at least 20% different racial groups by 2020. He then addressed, in part, whether this goal had been achieved.

Next, Emerson more specifically discussed the findings in relation to different kinds of churches within U.S. Christendom, and what percent of congregations within three broad classifications now meet or exceed the 20% threshold of racial diversity. He reported:

From Outreach Magazine  How Can We Overcome Our Fear of Evangelism?

Emerson also addressed the question of who is leading these congregations. The research showed that the head pastors are:

Concerning the growth of multiracial/multiethnic churches within evangelicalism, Emerson said, “The growing proportion of evangelical multiracial churches is the big story. It’s more than tripled in these 20 years. As a sociologist who studies these things and watches how social change happens, there’s no way ever I could have even imagined that would be possible, so it’s the work of God.”

Most of what was presented came as welcome news to conference attendees, and bodes well for the continued advance of the movement. Yet, in consideration of the ethnicity of congregants in multiracial churches, one aspect of the data revealed something troubling. While the percentage of Asians, Hispanics and Whites attending such churches has remained fairly steady through the years, the percentage of Blacks attending multiracial churches significantly declined between 2012 and 2019.

Emerson noted that the percentage of blacks in multiracial churches “jumped all the way up to 27% in 2012. Then we had these stories about the mass exodus [of young black evangelicals from evangelical mixed-race churches], often around the election that happened, and you can see it comes down to 21%. So there is some exodus. Still higher than it had been in the first two times that we measured it, but a fairly substantial decline since.”

This research also considered what correlates with the growth of multiracial churches. It found that the more likely a church is to be racially diverse, the more it can be described by:

• Being evangelical or Catholic
• Having expressive worship
• Having younger members
• Being located in the Western U.S.

Reflecting on the past 20 years, Emerson said, “We have much to celebrate, truly. If the goal was to reach 20% in these churches by 2020, at least within the Christian church, that has been done. But now we need to have a bigger and even richer goal.”

He challenged the collective movement to “move from being toddlers to teenagers to adults” in the coming years, and to use its increasing demographic diversity to work for true justice, reconciliation and unity.

“The multiracial-multiethnic church movement has come so far, further than I could have ever let myself imagine in this period of time,” Emerson concluded. “May God reveal for us and empower us that this vehicle called the church makes right what is broken in this world. Let’s work for churches that are truly hope for all.”