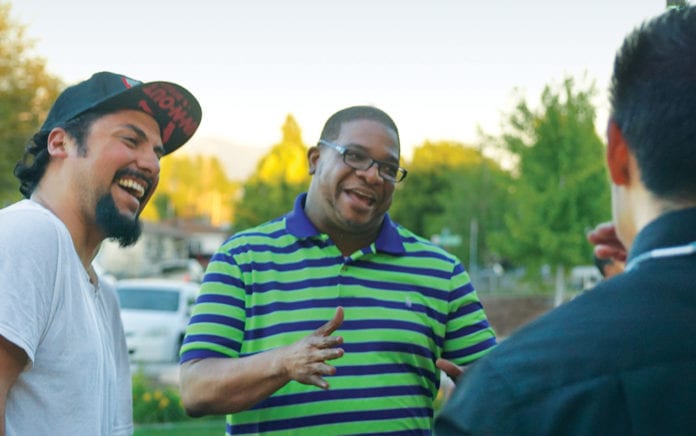 Spreading the gospel takes precedence over preserving a particular culture.

Corey Hodges has a unique story, one that bodes well for the future of building healthy multiethnic churches led by pastors of color. The son of an African-American pastor and raised in the Bible Belt, he was named the lead pastor of New Pilgrim Baptist Church in Salt Lake City, Utah, a historically African-American and Southern Baptist Convention church formed in the 1920s. At the time of his appointment in 1998, the 50 or so members of the congregation expected the 27-year-old preacher to build upon the church’s heritage—and for the first three years, together with his wife, Bonita, that’s what Hodges tried to do. Yet in a city with an African-American population of less than 2%, the church was holding its own at best, stagnant at worst.

So he began to pray, seeking God’s direction for the congregation and his ministry. That’s when he heard the Holy Spirit say, Walk in the calling that I’ve prepared for you.

“I was convicted by this,” Hodges says. “Revelation 7:9 describes heaven as a place where every nation, tribe, people and tongue are all part of the same body and bride of Christ. It was then I realized that God had called and prepared me to pastor and preach to all people, not just some people.”

Clear on why and what he must do in obedience to Christ, he began to ponder, How can I lead a historically African-American church to become a healthy multiethnic community of faith?

First, he set out to win the hearts and minds of his all black lay leadership team. Hodges used the book Who Moved My Cheese? by Spencer Johnson to help explain why, what and how such a disruptive move would benefit the church long-term. Next, he developed a cross-cultural relationship with a white pastor in town, the first to befriend him upon his arrival in Salt Lake, and pursued him with intentionality to enhance his own cross-cultural competence.

“I also began to remove personal and corporate disqualifiers that might inhibit diverse people from following my lead,” he explains. “For instance, I finished school and earned a master’s degree in practical theology, considered my preaching style, the worship experience, and asked myself what else needed to change in order to promote a spirit of inclusion in the church.”

Hodges did not seek to assimilate diverse others but to accommodate them through structural change, which involved a change in name and new directional emphasis for the church, as well. The former New Pilgrim Baptist Church is today known as The Point Church: a Multicultural Community.

As in any church pursuing similar transition from homogeneity to multiethnicity, it was not easy for members of the church to give up cultural and preferred norms for the greater good. Some 10 to 15% of the church’s existing membership left during the transitional years. Nevertheless, Hodges pressed on.

“This is godly,” he says. “This is spiritual. This is biblical. We, as disciples of Christ, pastors and ministry leaders, have been called to lead the church in reaching the world with the gospel, not perpetuating a particular culture. The Great Commission is our why, and to obey it we must all be willing to give up certain cultural dynamics wherever they become a hindrance to its advance. If you ask me to choose between culture or the gospel, I choose the gospel.”

Today, and under Hodges’ leadership, The Point has grown to include 700–800 ethnically and economically diverse attendees on Sunday mornings who represent some 35 nations. Demographically, the congregation is approximately 51% African-American, 25% Caucasian, 21% Hispanic and 3% other ethnic/cultural origins.

Given its diversity, growth and local impact, the church—and Hodges’ leadership—has attracted the community’s attention. In 2006, Hodges received the Community of Peace Award given to outstanding citizens who model peace and make a personal commitment to making Salt Lake County a community of peace. In addition, in 2010 Gov. Gary Herbert presented Hodges with an award for his outstanding service to the Utah community.

In Philippians 2:1–11, the apostle Paul expects unity and diversity to be forged in local churches through its leaders and laity alike: “Have this attitude [humility] in you which was also in Christ Jesus.” For 20 years, Hodges has displayed such humility, in obedience to Christ, determined not only to look out for the interests of his own people group, but also the interests of other people groups in his community, for the sake for the gospel.

From Outreach Magazine  7 Ways to Make Your Sermons More Listenable

He’s been able to bring diverse people together as one, and to follow his pastoral leadership. Surely you can, too.