Home Features Bless the Past 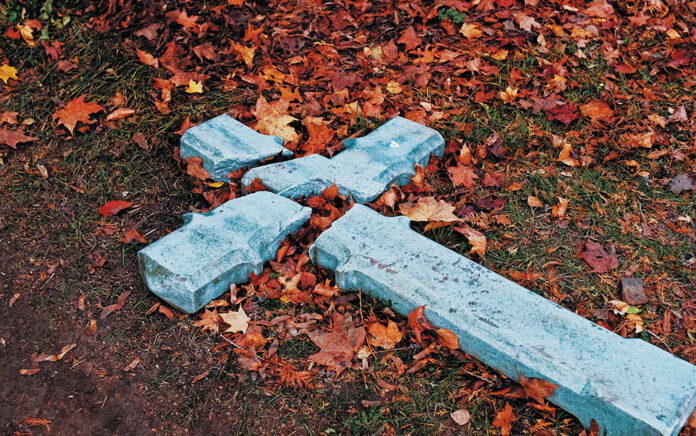 Resist the temptation to tear it all down.

We live in a time when our culture is full of voices, people and movements that scream, “Tear it down” or “burn it to the ground.” It is quite popular to think that the way forward begins with ripping down all that has come before. Too many people have bought into the idea that the past is wrong and evil, and the only way to progress is to scrape things down to the foundation and begin again.

What these people don’t recognize is that it took decades or centuries to build something that worked adequately (even with many faults). It took collaboration, enormous effort, trial and error, and unthinkable energy to get where we are, no matter how imperfect.

Developing a family system where siblings get along, dad and mom like each other, and harmony is a frequent guest in the home is a beautiful thing. Creating a society where basic civility is present, crime is not rampant and infrastructure works consistently demands more effort than most of us comprehend. And leading a church that is not dysfunctional, that exhibits signs of basic health and that ministers to believers and lost demands long-term faithfulness.

It is extremely difficult to build something that functions well over time. It takes creativity, compromise, maturity and effort just to build something that is not constantly on the edge of collapse. The idea that a person or group of people can rip things apart and start over, with immediate success, is juvenile at best and pathologically evil at worst. It is reckless to do this with societal systems. And, it is flat-out dangerous for the church to follow this foolhardy ideology.

Don’t get me wrong; I believe in innovation. A full-time pastor on staff at the church where I serve focuses on finding fresh, dynamic ways forward. I am not a traditionalist; as a matter of fact, I did not even grow up in the church. I love discovering new ways to accomplish the mission of the church.

“Leading a church that is not dysfunctional, that exhibits signs of basic health and that ministers to believers and the lost demands long-term faithfulness.”

My warning is against those voices in our culture and the faith community who operate with a naive and simplistic idea that starting over is some kind of quick recipe for a great new beginning. We have all seen an enthusiastic pastor step into a church that is doing solid and effective ministry and dismantle the entire church in months or a couple of years. While they believe that once they tear down the old, they will be able to quickly and effectively replace it with their fresh approach, the truth is that mostly what is left is a shell of what used to be, and many broken hearts, relationships and ministries.

Building on a Legacy of Faithfulness

One of my mentors went to be with Jesus this past year. Harold Korver, a lifelong pastor who invested in the lives of many emerging leaders for more than 50 years, had a huge impact on shaping my leadership values. One of Harold’s lines seared into my soul was, “If you bless the past, they will bless your future. If you damn the past, they will damn your future. Don’t ever damn the past.”

He was talking to young pastors-in-training who were ready to step into the church and lead God’s people. He was reminding us that Jesus had been at work in the church long before we came along. And, the Spirit of God would be breathing power into the life of his beloved bride long after we are gone.

Armed with this kind of wisdom, I was called by the Lord to be the lead pastor of a church that was celebrating its 100th anniversary. This church was locked in some rigid tradition. They were stuck and stalled, and they knew it.

But, I had the wise words of Pastor Korver in my mind and heart. Instead of burning things down, I did my best to bless the past. I walked along the Domine wall (a chronological collection of pictures of pastors who had served the church), and I prayed, thanking God for each of their ministries. I wrote each living pastor a personal letter thanking them for their faithfulness and for how God had used them to bless and build up his people at this country church. I asked them to pray for me and send me any ideas they had that they felt would help me serve this precious congregation well. Many of them responded with wonderful advice.

Then, we made a lot of changes. We prayed, planned, innovated, studied Scripture, prayed more and forged new ministries. We built on the legacy and work that God had been doing for 100 years. Over time, I saw the wisdom of blessing the past while pressing into the future. When God called me to another church to follow the founding pastor, I did the same thing. Again, God honored the past work and led us into a powerful season of fruitfulness and harvest that has continued for more than 13 years.

Right now, one profound cultural reality is that many people believe the way forward is to destroy the past. As followers of Jesus, let’s not adopt this approach. Let’s bless the past everywhere we can. Then, let’s build on all the good that God has done through his people and move forward.