Home Features Why Your Current Attendance Is the New Normal 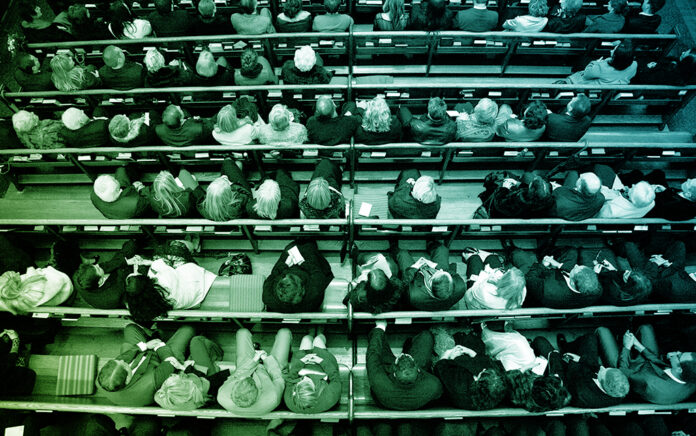 6 reasons the people who left aren’t coming back

Many church leaders and church members share with me that they are looking forward to the day when everyone is back attending church like they were before the pandemic. Sadly, for most churches, that is simply not going to be a reality. I understand there will be differences according to contexts, but it is largely true.

My thesis is not meant to be fatalistic. I am hopeful that you will take your current attendance as your base, or new normal, and seek God’s power to grow the church from there. I see this new normal as an opportunity rather than a defeat.

So, why is your current attendance a new normal? Here are the five most common reasons we found.

1. The habit of attendance has been broken.

Gathering with fellow believers is a spiritual discipline, not that different from prayer or reading the Bible. Once you get out of the habit, it is difficult to return.

2. If someone has not returned by this point, they are not likely to return.

Simply stated, these persons are out of the habit. In most areas, they have had plenty of time to return. They are now part of the growing de-churched movement.

3. Many who say they are now digital attendees have really dropped out.

I was speaking to a friend recently who said she now “attends” church digitally. She really likes being able to attend the services in her casual clothes or pajamas. I then asked her how long it had been since she viewed a service. She sheepishly admitted it had been about three months. She is representative of a new and growing group I call “the inactive digitals.”

4. If someone was not connected in a small group, they are likely not returning.

Take note of those who are currently attending. Look at your record to see who has not returned. I bet you will find a strong correlation between small group involvement before the pandemic and in-person worship attendance today. We are certainly seeing that reality in the thousands of churches that connect with Church Answers.

5. Many of the dropouts were already on the fringes.

The pandemic accelerated the pace for them to become a dropout. It likely would have happened anyway.

While we certainly would not advocate abandoning all contact with these recently de-churched people, we would encourage you to look where the harvest fields are ripe, to use Jesus’ metaphor. Yes, it can be discouraging to see members drop out, but the opportunities are great.

Jesus said to his disciples and, thus, to us today, “The harvest is great, but the workers are few. So pray to the Lord who is in charge of the harvest; ask him to send more workers into his fields” (Matt. 9:37–38). The past two years have been a challenge in many ways. But Jesus promises a bright future to those who are obedient to his Great Commission.