Home Features How to Be Effective in Urban Ministry 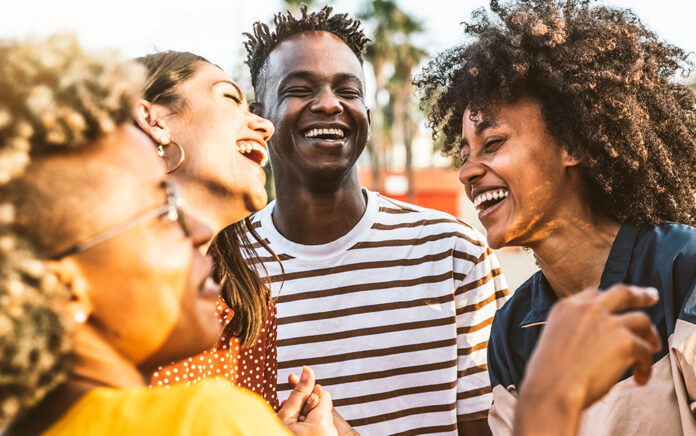 Five principles that contribute to fruitfulness in urban settings

This article is an edited excerpt from Mac Pier’s latest book New York Disrupted, originally appeared on Lausanne.org and is republished here with permission from the Lausanne Movement.

In his book Center Church, Tim Keller poses this premise: “A more biblical theme for ministerial evaluation than either success or faithfulness is fruitfulness.”

How can we as a community of leaders be maximally fruitful over the next decade in our respective cities, communities and churches? After living in New York City for 35 years as both a student and a resident, I have realized five principles that will help us in the next 10 years to give us the kind of fruitfulness we long to see.

Principle No. 1: To Love Your City, You Must Know Your City.

In my analysis in more than thirty city contexts globally, I have found that the average leader in the average church has little idea of the realities of their own city. Few leaders understand the macrotrends in their cities regarding demography, socioeconomics, church population and other important trends.

Why does that matter? Because people can love only that which they know. The more we know about our past, the more we will care about our future. Good research compels action.

Every movement needs a “North Star”—a vision that represents what a decade of fruitful effort will look like. In 2009 the NYCLC declared our commitment with Keller’s City to City to plant 100 new Manhattan churches, train 20,000 leaders, and establish Movement Day in 2010. By 2016, just seven years later, the first sixty churches had been planted, 26,000 leaders had been trained, and leaders from 400 cities had participated in Movement Day. This was all birthed from the 2009 research. Research matters. Measurement matters. If you want to impact your city or community, invest the time to get to know it.

What is a gospel movement? A gospel movement takes place when the growth of Christianity increases faster than the general population, when we see measurable progress against social challenges, and when Christian leaders find their way into positions of cultural influence. What precedes a gospel movement? A community of leaders, agencies, and churches. What precedes the formation of this community? Unity. But not just any kind of unity—not the feel-good, kumbaya unity that we sing about around our campfires at church camp. It’s a tenacious unity.

By tenacious unity, we mean the kind of unity Paul wrote in Ephesians 4:3, to “make every effort to keep the unity of the Spirit through the bond of peace.” To promote unity in the first century, Paul raised money from Gentile Christians to support the Jewish Christian community in Jerusalem.

But why is tenacious unity necessary for the transformation of a community and ultimately for a gospel movement? Because the unity of the church expressing itself in mission needs to be the driver behind everything else we do in public witness. The unity of the church was foremost on Jesus’ mind less than 24 hours before he died as he prayed his extraordinary prayer in John 17. Jesus linked the themes of God’s glory and our mission to the theme of our unity in him.

Division in the church breeds atheism in the world. The unity of the church breathes the aroma of belief. A united church is the most powerful apologetic toward a believable gospel. Our unity transcends our ethnicity, our geography, our gender and our generation.

Effective leaders are willing to live and die on the hill of visible unity in their city. That’s not soft-talking unity; that’s a unity that requires tenacity.

Tenacious unity fosters the necessary agreement between leaders to achieve remarkable results, because we fight for unity. Jesus had a high view of agreement. He said that when two or three agree in his name, they can do anything (Matt. 18:19). For us, if we want to see a gospel movement in our lifetimes in our cities and communities, then we must agree together, we must seek tenacious unity.

Principle No. 3: Prayer Is Not an Option.

The history of revival in the Bible and in the modern era has taught us that whenever God gets ready to do something, he sets his people to pray together. One of the great truths of the Bible is that several Old Testament pray-ers (Nehemiah, Hannah and Solomon) teach us that God gave his people the very words to pray.

In 1 Samuel 1, we read that Hannah longed for a son. God needed a leader to guide the nation. Hannah prayed that God would remember her by giving her a son and she vowed to give him back to the Lord all the days of his life. First Samuel 1:19 says that “the Lord remembered her.” He responded specifically to the requests she made. This suggests that the great act of praying is initiated by God. He invites us into the cosmic mystery of how he works in the world in personal and corporate prayer.

Principle No. 4: Strategic Collaboration Will Result in Greater Fruitfulness.

Collaboration is the pragmatic expression of unity. When Tim Keller and I started working together in 2003, we married City to City’s expertise in church planting with our expertise in convening diverse stakeholders together. The result showed itself in the passion and synergy that thousands of leaders received as they were drawn into a compelling idea that was well executed. As you consider what it means to be more fruitful in your context, marrying your vision to the visions of others will create collaborative fruitfulness.

Principle No. 5: We Need to Start First With Family Foundations.

If we want our cities to experience the reality of the gospel, we need to start with ourselves and our families. We want what we discuss publicly to be true of us privately. As a grandfather of five, I am more convinced than ever that we must live out the values of the gospel in our homes, for it is there that we are called to model faithfulness, sacrifice, generosity and forgiveness.

The greatest crisis facing our homes in cities and culture is fatherlessness. We need to be effective fathers and mothers to our children and grandchildren. Where fatherlessness is rampant, the church, and especially men, must step into that void for the next generation.

We must remember that everything is rooted in the gospel. In the gospel we see that Jesus came to live the life we should live, he came to die the death we deserve, and in his death, he put death to death. Our entire orientation is to see the gospel go deeper in our lives, to grow in our churches and to take root in the lives of others in our cities.

We serve a big God. And he is calling us to step forward, to move heaven and earth, and to make this next decade count. You have an important role to play. Eternity hangs in the balance. Every person matters. Every life is sacred. Everyone is an image bearer of the Imago Dei. Multitudes now more than ever are living on the edge of survival and on the edge of forever. Your faithfulness—and your fruitfulness—matter.

This article is an edited excerpt from Mac Pier’s latest book New York Disrupted, originally appeared on Lausanne.org and is republished here with permission from the Lausanne Movement.