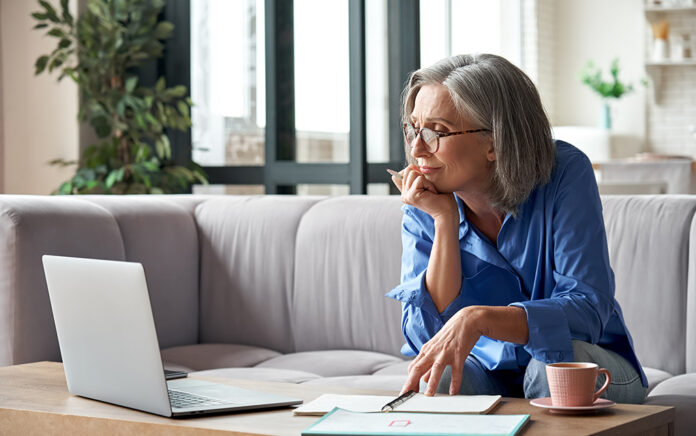 Your Church Needs to Embrace Its Online Audience

In March 2020, almost every church on the planet rushed to not only be online, but to also create as much of an online presence as possible and to encourage any and all online engagement.

You would think that the vast majority of churches were already online. They weren’t. I don’t mean they didn’t have a website—most did. I mean they didn’t have an online presence. Prior to the pandemic, even streaming a service on Facebook had been pursued by a relatively small fraction of the 45,000 or so Christian churches in the technologically advanced U.S., much less by the wider world.

But then, virtually overnight, the vast majority of churches did have an online presence. In other words, churches were finally going where the majority of the world “lived.”

People then expected an ongoing, robust online presence for churches. And, even further, that the attendance and engagement that was so strongly lifted up would continue to be affirmed, even after in-person services resumed. That attending online would be just as legitimate, just as affirmed, just as encouraged, as attending in person. In the minds of many (if not most), this type of virtual engagement was simply the church finally entering the digital world.

But that’s not what happened. Instead, what a lot of churches did once they reopened was put down online attendance, even going so far as to shame people for not attending in person.

That is a huge, tactical mistake that ignores what has happened in our world. There’s no going back from the online consumption that was accelerated during the pandemic regarding the church. People will naturally vacillate between online and in-person offerings – between the virtual and physical – from this point on, feeling that either of the two options are not only acceptable, but equal in terms of counting as having attended. People will choose based on the desired experience, readiness to surface physically and, even among your core, that week’s life circumstances.

Rather than fight this change, embrace it. It will not prove helpful to elevate in-person attendance over and against online attendance, much less shame online attenders. The better and more strategic path is to embrace any and all engagement.

Your church should embrace the new reality: You have two campuses. One is physical, and one is digital. Fully embrace this two-campus mindset in terms of both your church’s identity and strategy.

I know, you’re thinking that it’s not really church when it’s online. It’s not authentic community. It’s not as good; it’s not best. And Scripture says in Hebrews to not give up meeting together!

First, let’s deal with Scripture, specifically the Hebrews passage that says, “And let us consider how we may spur one another on toward love and good deeds, not giving up meeting together, as some are in the habit of doing, but encouraging one another—and all the more as you see the Day approaching (10:24-25, NLT).

The author wasn’t talking about gathering physically for corporate worship or gathering physically for any church event. Instead, the author is speaking directly about not giving up on relationships, not giving up on people. It was a clarion call for the need for strategic relationships. Corporate worship was neither the context nor the subject. It was all about the importance of Christians spurring one another on, encouraging one another—to not give up on doing that in the context of a world that demands perseverance.

Even in the phrase “not giving up meeting together,” the Greek word translated “giving up” speaks of desertion and abandonment. In other words, don’t abandon each other relationally—you need each other’s support.

Second, let’s challenge ourselves that not everything we used to do in person has to be done in person. Like what the author of Hebrews was calling for. I can support and encourage someone virtually as well as physically unless their need is a physical one.

For those of you who are not digital natives, I know this is difficult. (That was nicer than saying those of you who are older.) We need to be careful to not take how we’ve done things, how we have understood doing things, and make it normative. That includes what we have traditionally done in person.

Here’s the truth: younger generations have the bulk of their community, their communication, online. We can say, “You can’t do community that way,” but they can retort, “Well, sorry to tell you this, but you can, and we do.”

Think through everything you have done in person, gathered in a physical location – often on a weekend – and ruthlessly evaluate whether it just might have a digital counterpart or a digital manifestation.

Right now, the bulk of our church remains online. Our in-person services are running well below our online numbers. Instead of fighting against that, we are embracing it. Leaning into it. Doing all we can to serve it. Because we don’t see it going anywhere. We don’t see it as simply virus driven. There are simply a lot of people who prefer it.

And our response to that?

We’re glad they joined us.

Share on FacebookShare on Twitter
From Outreach Magazine  David Fitch: The Mystery of God's Presence Through Us—Part 2