Home Features How to Get Your Vision Back 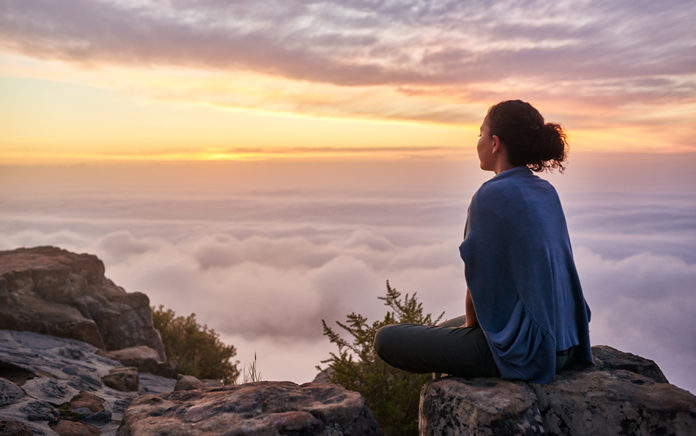 I noticed something recently that surprised and disappointed me: Without realizing it, a few months ago, I stopped casting vision for my team.

Which is really strange, because I’m a visionary. That’s what I do. And I’ve been leading with vision for decades.

But after one more meeting where my (amazing) team was in the weeds slugging out logistics for a new initiative we’re launching, it hit me: I haven’t cast vision for this initiative for months. As a result, we were bogged down in pedantic details that almost everyone finds frustrating.

I stopped the meeting, cast some vision, and then both personally with individual team members and later with our entire team, I apologized to them for not leading with a clear (and inspiring) vision.

Then I leaned back and asked myself, What the heck just happened? How did vision slip and I didn’t even notice it?

Then I looked around and realized, I haven’t seen a ton of other leaders casting a lot of vision either.

Having never led through a global pandemic/series of gigantic crises before, my conclusion is that crisis kills vision. Unless you decide it won’t.

Here, I’ll explain how that happens and how to get it back.

WHEN CRISIS HITS, VISION DIES AND SURVIVAL AND ADAPTATION KICK IN

When crisis hits, almost every leader instinctively moves into survival mode. That’s natural and to a large extent, exactly what needs to happen.

When you have no idea what’s going to happen, you need to make sure you survive.

Part of survival is adaptation. You need to adapt to the new reality, and so you move from:

If you’re reading this and still in leadership, you’ve done all that. It’s exhausting, but you made it. Congrats.

As the world opens up again, you adapt back, trying to figure out what the new reality will be and adapting to it.

Of course, that’s not the end of the road.

If you’re curious, I wrote more about the 5 kinds of leaders crisis produces here.

WHATEVER HAPPENED TO INNOVATION?

The stage after adaptation should be innovation. Innovation asks the question: What does this make possible?

And that’s what often starts to sputter at this stage of a crisis. A year in, you’ve made it. Maybe you’re even profitable or growing again, you’re adapting to whatever is next, so the incentive to change is lower.

Any success, by nature, makes you conservative. You risk less. It’s “working,” goes the logic, so why innovate?

From Outreach Magazine  Debriefing in and After a Crisis

Even in normal times, the more successful you are, the less willing you are to engage in the kind of risk that brings about breakthroughs.

And as a result, vision dies.

People tend to notice the presence of vision but not the absence of it.

As a result, you could lead well for years, build your organization on vision, then hit cruise control and it might takes months, or in some cases, years for anyone to notice, including you.

To make things clearer, here are five things that aren’t vision and how to get your vision back.

Right now, almost every leader I talk to is obsessing over bringing people back. Church leaders worry about the 20 to 30% that have disappeared, or getting back to where they were in 2019.

Business leaders are often worried about customer retention and loyalty.

Leaders who focus on moving people forward will have a much better future.

Depending on what you do (think in-person retail), the crisis may still have you scrambling to stay alive.

Scrambling is one thing, but in the long run, keeping the lights on the bank accounts in the black isn’t vision.

Instead, start refocusing now on why you do what you do. Imagine you were starting over (which you kind of are). What’s your rallying cry? What’s the fire that burns in your belly?

Focus on that. Then tell everyone what it is and don’t stop.

But the real questions are: What’s next? What’s new? What will 10x or 100x our potential?

What can we do now that will bring us disproportionate results?

In the long run, settling for adaptation will kill your innovation.

In any meeting, there are really three questions that leaders continually deal with: what, how and why.

The best of these is why, and why is the first thing to die in a visionless organization.

That’s where I found myself in that recent meeting. I let us get bogged down in the what and how of our new initiative, which as a sole diet, is both demotivating and at times, exhausting.

If you’re swinging for the fences (which we are on this new initiative), what and how can be hard.

That’s where why comes in.

Why invigorates. Why motivates. It inspires.

From Outreach Magazine  The Power of Relationships

Ask yourself: what’s your internal and external communication focused on? If it’s what and how, you’ve lost your vision, and perhaps your way.

Focusing on why motivates people to make a way when there is no way.

Now let’s take what and why one step further …

5. What You Want People to Do

Finally, what you want people to do isn’t vision either.

Like you, I’ve heard an endless sea of retailers urge us to shop local (which I have). I’ve heard preacher after preacher say things like “Watch this” or “Don’t miss this.”

Yep, I’m down for that too. And I’ve heard so many online retailers tell me to buy now. Occasionally, I do.

But the real question when it comes to vision isn’t what you want people to do.

The real task of the visionary is to focus on why it matters at all.

For a variety of reasons, it’s difficult to imagine what the world will be like in five years, or even two. Which is why why matters more now than ever.

So how do you cast vision when you can’t see ahead?

Well, imagine that Disney was vision casting for your organization.

If Disney created anything for you like this 2019 30-second commercial about a dad whose daughter is going to college, you’d have no problem inspiring people to do something without ever telling them to “get in here” or “come back” or “don’t miss this.” (Parents, grab a tissue. You’ve been warned.)

Do you see how beautifully Disney crafted the why? Why it matters reminds you of what matters. Why shows you what’s at stake, and what you miss if you don’t get in on it.

Because of all the uncertainty crisis brings, you may not know exactly what your organization will be doing in a year or two, but as a visionary, you do know why you’ll be doing it.

What’s underneath your what? Why does it matter? What value does it add to the people you’re serving?

Focus on that. Remind people of why you do what you do, and you’ll likely have a long future doing it.

WHAT’S HAPPENING WITH YOUR VISION?

How has the crisis been on your vision? What’s killing it (if that’s the case) and what’s helping you get it back?