Home Features What It Means to Tell the Truth About God 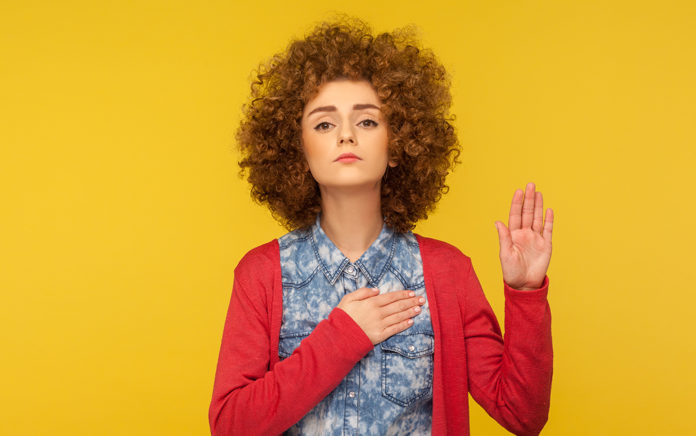 Sometimes someone says something to you that jumps out and grabs you by the throat. You have to do something and do it soon, otherwise it chokes the life out of you.

A friend of years past sent a message concerning a difficult situation she was facing. Toward the end of the letter, as she made her case for straight-shooting from my direction, she said:

“Pray for me if you like. Send me Scripture if you like. Put me on a prayer chain if you want. But please don’t lie to me about God.”

You have to respect that.

My impression is that so many of the inquiries we preachers get want us to confirm what they are already doing or endorse what they already believe.

This is our assignment from Scripture: Tell people the truth.

Several places in Paul’s final letter, the second to Timothy, he speaks of doing this very thing–declaring the message of the Lord no matter who it hurts or offends, regardless of whom it contradicts or convicts—and the cost he has been forced to pay as a result.

“Do not be ashamed to testify about our Lord, or ashamed of me his prisoner. But join with me in suffering for the gospel. … Of this gospel I was appointed a herald and an apostle and a teacher. That is why I am suffering as I am.” —2 Tim. 1:8–9, 11–12

“For the time will come when men will not put up with sound doctrine. Instead, to suit their own desires, they will gather around them a great number of teachers to say what their itching ears want to hear. They will turn their ears away from the truth and turn aside to myths. But you, keep your head in all situations, endure hardship.” —2 Tim. 4:3–5

Tell them the truth about God and about Jesus. That’s our assignment, our privilege, and the scariest thing we can do.

This is our toughest challenge: Telling the whole truth.

It’s tempting to shave off the rough edges of the gospel. Something inside us wants to bend it to fit some people and adapt it for certain situations.

I stood a few feet behind Billy Graham when a reporter asked him a question he must have fielded a thousand times over his long ministry. “Dr. Graham, do you really believe Jesus Christ is the only way to God?”

From Outreach Magazine  How to Start a Conversation About Jesus

My inner spirit stood on tiptoes. I wanted to hear this. Over the years, I’ve known many a dear brother in the Lord who grew soft on this subject. It’s so tempting, so seductive, to say something like “The Lord has all kinds of ways” and “Who are we to say only one way is the way?” And from there, the slippery slope crescendos downhill at a fast clip. Before long, the compromising believer has given away the heart of all that Christ did and the uniqueness of all he taught.

Dr. Graham didn’t bat an eye. “We are not left in the dark about this. Jesus Himself said, ‘I am the way, the truth, and the life. And no one comes to the Father except by Me.’ That’s the gospel of Jesus and it’s what I am committed to preach.” (Going by memory here; not an exact quote.)

Preaching the whole counsel of God requires that the proclaimer–the preacher–get the message straight, declare it without compromise, and be willing to take his lumps when some do not like it. “For if the trumpet makes an uncertain sound, who will prepare for battle?” (1 Cor. 14:8).

What it means to lie about God

As a pastor of a congregation, as a preacher of the gospel, as a counselor of the Word to individuals, I am lying about God when I do any of the following:

• When I conform the Lord’s message to the behavior of my audience out of cowardice.

• When I value the approval of my audience more than the pleasure of the Father and tell them what they want to hear.

• When I am silent about a scripture text that would speak to the individual(s) I’m addressing but which I know they are not willing to receive.

• When I misrepresent God and make Him a “good old boy who wants everyone to have fun,” or a “grand old man who would not dare presume to tell us how to live,” or a toothless tiger who once uttered harsh things but no longer means them.

• When I tell people he is a God of love but not of wrath, of grace but without standards.

• When I tell them of heaven but not of hell.

• When I speak of rewards to the faithful but not of punishment to the disobedient.

It’s a constant struggle and not a war we can ever claim to have won.

Like King David, we can defeat the Philistines again and again, then be brought down by a seductive charm on the next rooftop.

If we resist the New Age philosophy making the rounds today and stay true to the gospel of Jesus, we must watch out for something new coming down the pike tomorrow.

If we speak the truth to those who call themselves pro-choice and who attack us as hypocrites for a plethora of reasons and we remain steadfast, we must still guard against the next manifestation of political correctness that the Enemy is concocting at this very moment.

If we guard against the inroads of liberal theology that wants to add a healthy infusion of “the best thinking of man” into the gospel of Jesus and we carry the day, we cannot drop our guard. The proponents of heresy work night and day and will return tomorrow with a new attack.

This is not to say, however, that we know all there is to know about God.

In seeking not to lie about God, I do not want to make him out to be worse or harsher or stricter or more demanding than he is.

God is a God of love, and that has to mean something.

• It is our Father’s good pleasure to give us the kingdom, and that is a life-giving thought. (Luke 12:32).

• He who did not spare his own Son, but delivered him up for us all, how shall he not with him freely give us all things? (Rom. 8:32)

• In his presence there is fullness of joy; at his right hand, there are pleasures forevermore. (Ps. 16:11)

• If we being evil know how to give good things to our children, how much more will the Heavenly Father give good gifts to those who ask Him. (Matt. 7:11)

• God is not willing that any should perish, but that all should come to repentance. (2 Peter 3:9)

Thank God. He is that kind of God.

It’s such a pleasure to tell the truth about God.

Postscript: After working to make it as solid as I can, I feel the need to add that, however, it is not necessary to tell the hearer everything we know on a subject at one sitting. No physician administers the entire dosage to the patient, but recommends a gradual, periodic application of the medicine.