Home Features How to Manage People Working From Home 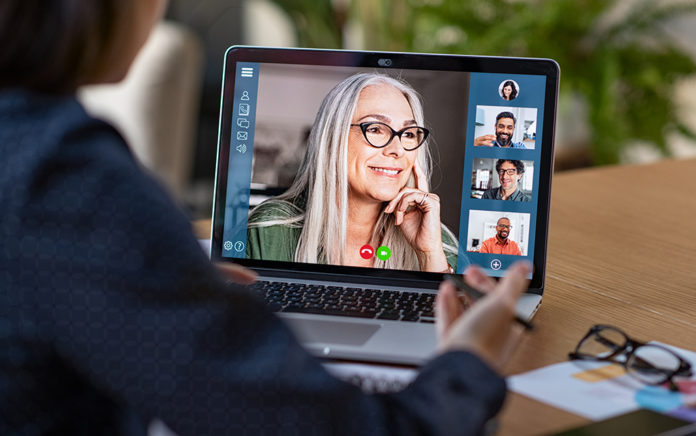 How do you lead people when they are no longer physically present in the office?

While the WFA (work from anywhere) movement was growing before COVID, it exploded in growth during the pandemic. For many workers, virtual work was no longer an option. Workers often struggled to adjust to this new reality.

Leaders often struggled as well. Many had never led someone they only see on a screen. Many only knew the word “Zoom” to be associated with a fast car. During this new reality, I’ve had many leaders ask me how to manage or lead workers who no longer are physically present in the workplace.

I began leading virtual workers several years ago. I have been a consummate student attempting to learn this new world. I engaged with Belay (it was known as EA Help when I first worked with them) since they offered a virtual workforce that included assistants, bookkeepers and webmasters. Indeed, I contracted for one of their workers many years ago. It was one of the best work decisions I’ve ever made.

So, what have I learned? My brief list is not exhaustive, but it does represent some of the major points I have learned over the past several years. I see these seven repeated consistently.

1. Focus on productivity more than hours. So much of the office life of the past 50 years has been patterned after the industrial era. Punching a clock and putting in hours has become the metric by which we measure work. That reality is changing rapidly. We can’t monitor the presence of virtual workers like we do workers in a physical office. Ask the question, “What did you get done this week?” instead of “How many hours did you work this week?”

2. Not all workers can adapt to a virtual workplace. They need the structure and accountability of being in a setting with other workers. They need the routine and rhythm of going to work in a place other than home or the coffee shop. Accept the reality that some will simply not adapt to a virtual workplace. Don’t try to put a square peg into a round hole.

From Outreach Magazine  The Inescapable Question: Do I Have Something to Die For?

3. Meet by videoconferencing regularly. Our team of about 15 persons has developed a weekly rhythm of meeting via Zoom. We typically keep the meeting to an hour. We usually spend most of our time getting brief updates from each team member. We can’t have watercooler conversations, so we need to hear from each other. Of course, smaller teams are meeting for specific reasons throughout the week via Zoom. But it has been important for us to have our entire team together by videoconference every week.

4. Set reasonable boundaries for virtual workers. I have been amazed to watch how our team members adjust to the virtual workplace. Amy may have kids at home homeschooling for a season, but she lets them know their own boundaries while she works from home. Jana likes the flexibility that comes with her virtual work, but she lets us know anytime she won’t be immediately available. Some workers, however, may not have the innate skills of Amy and Jana who know how to work virtually as well as anyone I know. You may need to provide some guidelines and boundaries for those workers.

5. Be aware of slippage. You may notice some virtual workers slipping in their productivity. They may not be focused on their work as much as they once were. You may notice they mute their video in meetings more than they use to do, suggesting other activities are going on around them. Address potential issues of slippage early.

6. Ask your virtual workers how you can help them most. Do they need more frequent meetings? Are they getting sufficient information? What can you do to be a more effective communicator? Listen to your virtual workers. I learn from my virtual team every week.

7. If possible, have an in-person gathering at least once a year. Video communication is an incredible technology. It allows us to do things we never dreamed possible as a team and as a worker. But you can’t replace the team chemistry that takes place when we are physically present together. It may not always be feasible, but allow for in-person gatherings as much as possible.

When I was a pastor, there was a church member who would often park his car in the church parking lot in the early morning hours to see what time I got to the office. He would likewise show up at times in the late afternoon to make sure I was putting in my hours. He made me miserable. So much of my work took place outside the walls of the building, but he believed work was sitting in a chair at a desk for eight to nine hours a day.

Work is not measured by the hours we sit at a desk in a chair. The world has changed. And since the pandemic, it has changed more rapidly than we ever thought possible.

Good leaders will adjust and lead well in the virtual world.

We simply cannot do things the way we’ve always done them.