Home Features Preaching Hope in the Midst of Despair 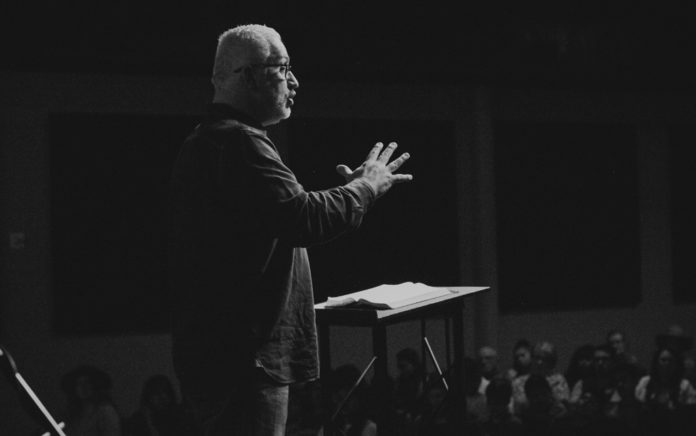 “We preach Christ. … God’s power and God’s wisdom” (1 Cor. 1:23–24). Rick Warren says a lot of what pastors are feeding their people is “ain’t it awful” preaching. I am so in agreement on that. Once, guest preaching in a church, before I rose to speak, a member of the flock with “a gift […]

Rick Warren says a lot of what pastors are feeding their people is “ain’t it awful” preaching.

I am so in agreement on that.

Once, guest preaching in a church, before I rose to speak, a member of the flock with “a gift for continuance,” as a friend put it, addressed the congregation on the latest Supreme Court ruling concerning marriage. The lady was upset, and she had a bad combination: strong convictions and the gift of gab. She went on and on about the sad state of affairs in this country.

To hear her tell it, the country is going down the tubes, the Supreme Court is out of hand, our freedoms are all in peril, the end is near, and God’s people are in huge trouble.

She said that and then sat down.

I walked to the front and said, “My hope is built on nothing less than Jesus’ blood and righteousness. When all around my soul gives way, He then is still my hope and stay.”

These days, after a spate of Supreme Court rulings on marriage, a lot of pulpits have turned into funeral parlors where the death of America is announced and bemoaned. Add to that the never-ending international agreements and conflicts with their effect on America, to Israel, and to peace on earth, and the result is a full-scale alarm.

Our hope is in the Lord Jesus Christ, not in any nation on earth, including this one. (My opinion, for the little it’s worth, is that our pulpits are so distraught over these developments because for so long we have preached that America is the hope of the world, not Jesus Christ. So, when we see America taking the path of wickedness, we feel betrayed. We should take this as a reminder to stay focused on him, and not any nation.)

Our task is to declare the gospel of Jesus, not to export the free enterprise system, nor to extol the virtues of patriotism. The patron saint of our churches should not be George Washington, Thomas Jefferson, or Abraham Lincoln. Nor Donald Trump, for that matter.

From Outreach Magazine  Tips for Leading Well in Chaotic Circumstances

To preachers who are feeling swamped by the spate of bad news these days, I offer the following seven points …

1. We preach Christ. He alone is Lord.

2. The word gospel means good news. The angel told Bethlehem’s shepherds, “I bring you good news of a great joy which shall be to all the people …”

4. God has not pinned his hopes on any nation.

Nations are nothing more than the people who make up their population. No nation is inherently righteous or divinely protected by merit of a great constitution or wonderful heritage. Israel found that out in the days of Jeremiah and received an unforgettable lesson at the hand of Nebuchadnezzar.

In the eighth century B.C., Isaiah had a great word on the subject. “Look! the nations are like a drop in a bucket; they are considered as a speck of dust on the scales …” (Isaiah 40:15).

5. It’s possible to lead our people to be thankful for all America means without preaching nationalism from the pulpit.

In one church where I was preaching, the congregation sang “The Battle Hymn of the Republic.” Admittedly, there are a few great lines in that song, but mostly it celebrates the Civil War as God’s judgment on the South for its slavery. It’s a strange song for a Christian church. We may as well sing “Dixie.”

American Christians should ask themselves whether believers in other countries sing patriotic songs in their worship and salute their country’s flag before sermons, and whether they should. (I merely raise the question.)

6. We do not preach despair; we offer the hope that is in Christ Jesus.

The distinguished guest speaker was picked up at the airport by a church member who wanted to talk. As he drove toward the church, the man seized this opportunity to pour out his concern over the direction this nation is taking to a captive audience of one. He went on and on. Finally, he paused. “Don’t you agree, Reverend?” The guest, at last given the opportunity to speak, said, “Yes, but the last time I checked, despair is still a sin and hope a virtue.”

7. We who are on the winning side should take the towels off our heads and look the part of champions! We are more than conquerors through him who loved us!

Ask any football fan what “towels on the head” means. Coaches tell their players, “Even when the score is against us, I want no hang-dog expressions on the sidelines. The game is not over until the horn sounds.”

So many preachers put me in mind of the awful quartet on the old Hee Haw television show: “Gloom, despair and agony on me.”

I suspect it will get worse, Christian. If we despair now—Oh, ain’t it awful!—what in the world will we do in the future? Let’s give the oncoming generation of believers great role models and show them how to handle adversity.

Jeremiah asked the faithful of his day, “If you have raced with runners and they have worn you out, how can you compete with horses? If you stumble in a peaceful land, what will you do in the thickets of the Jordan?” (Jer. 12:5).

It may get worse, believers. So, stay focused.

Eyes ahead. Steady as she goes. God has been knocked off course by none of these things. He is still in charge. Do your job, Christian. There’s good news tonight, preacher. Let them have it!

“We are pressured but not crushed; perplexed but not in despair; persecuted but not abandoned; we are struck down but not destroyed. We always carry the death of Jesus in our body so that the life of Jesus may also be revealed in our body. … Knowing that the One who raised the Lord Jesus will also raise us also with Jesus. … therefore we do not give up! … So we do not focus on what is seen but what is unseen …” (2 Cor. 4:8ff.)