Home Features 6 Ways That Leadership Can Be Lonely 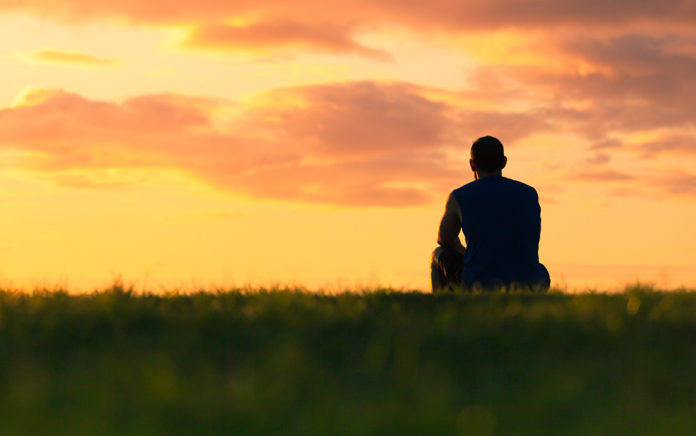 Fighting the natural pull toward isolation in leadership.

Ever wonder why leadership often feels so lonely?

Talk to any leader and they’ll often give you some version of ‘It’s lonely at the top’ or ‘I don’t think anyone understands how I feel.”

People who were once deeply connected move into leadership and suddenly they feel cut off—like a veil has come between them and the world.

If I’m not careful, I still get isolated as a leader too, which is weird, because I’m surrounded by people (see reason #3 for loneliness, below) and have tens of thousands of people interact with my content every day (see reason #4 for loneliness).

This all kind of matters because isolation really isn’t good for you.

Medical experts say the impact of loneliness on your healthy is equivalent to smoking 15 cigarettes a day and is possibly worse than obesity, and that isolated people risk having a significantly shorter life span.

In other words, loneliness kills.

If you think about it, one of the worst punishments we hand out as a culture—other than the death penalty—is solitary confinement.

Yet what the prison system hands out as punishment—isolation—a lot of us voluntarily enter into as leaders.

There’s a gravitational pull toward isolation in leadership that, to stay healthy, alive, vibrant and growing, you need to fight.

Here are six reasons you (and I) naturally drift into isolation as a leader.

1. The Problems You Need to Solve Aren’t Solvable by Most People.

Most people—by definition—aren’t in positions of leadership. Sure, you’re reading this post because you’re in leadership of some kind, but that already makes you a statistical anomaly.

Look at any organization. The ratio of the general workforce to managers/executives to the is probably 10:1, if not 100:1. Same in most churches and not-for-profits. So by definition, you’re taking on challenges that are unique to your role.

Therefore, when you show up to a family gathering and most others there aren’t in a leadership position, it can be hard to strike up an easy conversation. That’s not bad. They just don’t wake up trying to solve the same problems you do.

Leading a growing organization makes that even harder. It sets the challenges you’re tackling into even rarer air.

For example, if you lead a church of over 200 people in attendance, you’re already in the top 15% of churches in terms of size.

If you lead a church of over 1000, you’ve moved into the top 2% of all churches in America.

Similarly, only 4% of all for-profit companies in American have revenue in excess of one million dollars a year. So if you lead one of those, you’re already breathing rare air.

All of which helps to explain why you grow frustrated and discouraged talking to other people trying to get some insight into the problems you’re trying to solve.

Think about it. The vast majority of people can’t help you because they simply haven’t led what you’re leading. It’s not their fault at all—it’s just hard to give meaningful advice to someone when you’ve had no experience doing what they’re doing.

That means that to find peers and mentors who can advise you, you’ll likely have to break down a few geographical and tribal barriers.

When I first realized the reason I couldn’t gain the insight I was hoping to from any random assortment of people it made two things easier.

First, it helped me value the people around me for what they could bring and drop the expectations around that they couldn’t offer.

Second, it made me realize I’d have to seek out people who could speak into what I was leading, and that would likely take some initiative. (If you want some help … check this out.)

2. The Last 10% of Leadership Is the Loneliest.

So, you might be wondering, what about the people and team around you?

Absolutely lean into them. Friends, colleagues, your own team, family and neighbors make life so much richer.

They can help you with a lot. But as already described, you’ll find that their ability to empathize, understand and help breaks down around, say, the 90% level.

That last 10%—who should my next strategic hire be/how can I turn around the trends I’m seeing/why do I feel so uneasy about this pattern—is something they probably can’t help you with, and it’s also the most important leadership issue you’re facing.

Which is why the last 10% of leadership is the loneliest.

The very problem you most need to solve in leadership is the very thing most people can’t help you with.

Once again, the people who can help you with the last 10% is a community you need to build for yourself.

3. You Naturally Want to Get Away From People.

It’s weird to feel lonely because, after all, you’re surrounded by people all day.

Being surrounded by people all day can make you feel like you’re in community when in reality, it’s not fully the kind of community you need (see point 2 above).

And, because we’re all flawed people, serving people in leadership triggers the very instinct inside you that makes you want to get away from people, which is really not that healthy.

So … who replenishes you?

As John Townsend says, if you end up listing your dog and your spouse, you need a longer list.

From Outreach Magazine  How Jesus Addressed Injustice in Politics

When you’re looking for connection, is social media a help or a hindrance?

Social media is a blessing in the sense that we’re more connected than we’ve ever been. Learning is easier and faster than any other time in human history.

But relationally, social media creates a sense of false connection. It gives us the promise of knowing people without really knowing them. It gives the appearance of connection without being deeply connected.

To connect with someone you actually know or are getting to know online is one thing. But to connect with 100 people you barely know is like eating relational junk food. It feels good for ten minutes but leaves you feeling defeated and exhausted later.

And what that leaves you feeling in the end, is alone.

5. You Spent All Your Energy at Work.

I fell for this way too often as a young leader. And it’s a trap I still have to look out for.

When you take your leadership seriously (like I do), it’s easy to spend 100% of your energy at work. Which, of course, means your family gets the leftovers. And it means you, personally, get the fumes.

When you show up at home exhausted, it’s too easy to expect to be served rather than to serve. And when you give what little you have left to your family (which is already, by definition, too little), you have zero time left over for meaningful friendships or even activities you find restorative.

On my good days, I remember I need to bring energy home to my family and leave plenty of energy for friends and relationships that nourish me. Not to mention rest.

Here’s what I need to remind myself again and again: full schedules don’t lead to full lives.

Because of the pressures of leadership, leaders have always had a hard time being “off.” After all, there’s always more to be done.

But smartphones and the proliferation of inboxes on every single social platform, and “advances” like Slack, email, text messaging and plain old voicemail means a leader is never really off.

You used to go to work, now, thanks to technology, work goes to you … and never leaves you.

It might be easy to think you’re just taking five minutes out of your family’s movie night to answer a few emails or return some texts, but every interaction takes its toll.

And again, the constant present/not present tension of technology leaves you feeling alone.