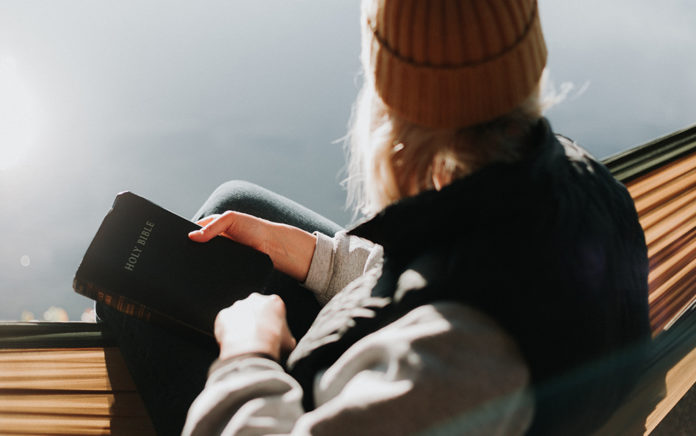 What should we aspire to be?

There is no end of opinions regarding “the” biblical model of leadership. There is the leader as CEO, servant, shepherd, visionary, teacher, discipler, counselor, chaplain … and to make matters worse, most make their case by discounting the others.

The one model of leadership that is often missing is the one that I do feel is the most biblical. Meaning, it’s the idea that seems to reflect the biblical passages on church leadership the most, which makes it all the stranger that it isn’t being talked about more often. Here it is:

It’s the leader as father.

There are some clear reasons this isn’t being discussed. In Protestant circles, it may be because of the Catholic overtones of calling priests “father” or the pope the “Holy Father.” There is also such a new (and I would say welcomed) openness toward women in ministry that the very idea may seem misogynistic.

But I’ll stand by it. The Bible tells us clearly that the church is a family and is to be patterned after the way families are patterned. In Peter’s first letter in the Bible it says, “You should be like one big happy family, full of sympathy toward each other, loving one another with tender hearts and humble minds” (1 Peter 3:8). In his first letter to Timothy, the apostle Paul wrote, “Treat … older women as mothers, and younger women as sisters.” (1 Tim. 5:2). This is why one of the central biblical requirements for pastors is that they lead their families well. Read it for yourself: “(A pastor) must manage his own family well and see that his children obey him with proper respect. If anyone does not know how to manage his family, how can he take care of God’s church?” (1 Tim. 3:4–5). The idea is clear that if you can’t lead your family well, you can’t lead a church. Why?

Because the church is a family.

I also contend for this view as someone who has pastored a church for more than 35 years. I can tell you that the times I have led well, have been at my best and have seen the church flourish the most, have been the times I’ve acted the most fatherly. It’s the same with our staff—when I have the best relationship with a staff person, when I am managing them optimally, when I have the clearest heart and sentiment toward them, is when I am operating from a father’s role.

Here’s how Paul put it, “Even though you have 10,000 guardians in Christ, you do not have many fathers, for in Christ Jesus I became your father through the gospel” (1 Cor. 4:15). This is why the pope is called the pope, which is just Latin for “father.” And why so many Catholic or Anglican priests are called “father.” In the early church, all ministers were called popes or fathers. The idea was that pastors were to be spiritual parents.

I’ll never forget one of our staff members coming into my office, telling me she was pregnant with her first child. Then, as she was leaving, she said: “It’s so weird. I haven’t even told my own father I’m pregnant yet, but I wanted to tell you. You’re just like a father to me.”

And then I received the following email from someone who, at the time she wrote, I had never met:

“My father was a broken man, wounded from the scars of his life, and as a former marine and Vietnam veteran, he was haunted by demons he just could not escape. Due to these circumstances I lost my father a long time ago. I spent many years hurt over the lack of a strong father figure, and I saw the effects of that meted out in my life. Through Meck and Pastor Jim’s teachings, I see how God has met my need for a fatherlike spiritual leader. It may seem silly because I’ve never met him in person, but what a deep need it is for a young woman to have wholesome biblical guidance in her life. I can’t express in words how healing it is for me. God has used this church to mend wounds that I’ve lived with since childhood.”

I share these to show how the church is designed to be led like a father would lead a family, and how that leadership can fill father-shaped holes in our life.

From Outreach Magazine  The Transformative Power of Grace

And is meant to.

A young woman asked to have coffee with me. She was engaged to be married and wanted to ask me something. We met for coffee and she started off by telling me her story—a terrible one of family dysfunction and abuse and so much more. My heart was just breaking as this lovely young woman shared the ordeal of her life and her terrible mistreatment by her father and, later, stepfather.

Then she shared how she had become a Christ follower, and how her relationship with God as father had revolutionized her life. How discovering God as her perfect Father intersected her deepest needs. The father-shaped hole had been filled and she was just basking in this new relationship.

Then she asked me her question:

She didn’t have a father to come to her wedding, so she wanted to know if I, as her pastor and spiritual father, would walk her down the aisle—symbolic of how God was truly her Father now.

I was a wreck, yet she almost glowed with spiritual peace and a sense of relational fulfillment when she asked me that.

I told her that I would be so honored.

So on her wedding day, while another pastor officiated the wedding itself, I had the privilege of taking the arm of that beautiful young woman, walking her down the aisle and giving her away to a good and godly young man.

And she was right.

It really wasn’t me walking her down the aisle.

It was God her Father filling that role in her life. And me? Just leading the church in the way I was charged to … like a father.