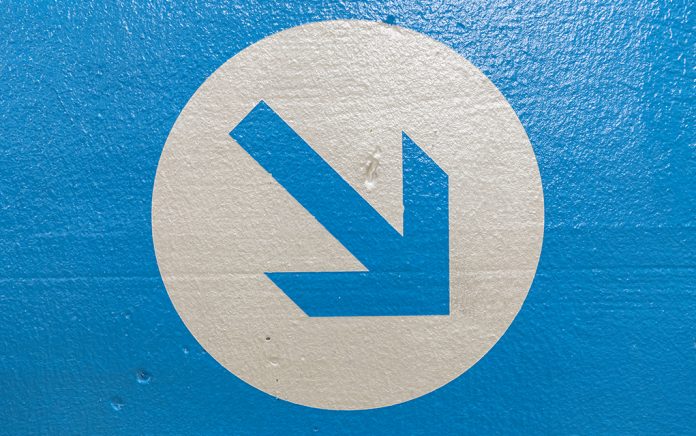 But there is hope.

The religious landscape of the United States continues to change at a rapid clip. In Pew Research Center telephone surveys conducted in 2018 and 2019, 65% of American adults describe themselves as Christians when asked about their religion, down 12 percentage points over the past decade. Meanwhile, the religiously unaffiliated share of the population, consisting of people who describe their religious identity as atheist, agnostic or “nothing in particular,” now stands at 26%, up from 17% in 2009.

Both Protestantism and Catholicism are experiencing losses of population share. Currently, 43% of U.S. adults identify with Protestantism, down from 51% in 2009. And one-in-five adults (20%) are Catholic, down from 23% in 2009. Meanwhile, all subsets of the religiously unaffiliated population—a group also known as religious “nones”—have seen their numbers swell. Self-described atheists now account for 4% of U.S. adults, up modestly but significantly from 2% in 2009; agnostics make up 5% of U.S. adults, up from 3% a decade ago; and 17% of Americans now describe their religion as “nothing in particular,” up from 12% in 2009. Members of non-Christian religions also have grown modestly as a share of the adult population.

These are among the key findings of a new analysis of trends in the religious composition and churchgoing habits of the American public, based on recent Pew Research Center random-digit-dial (RDD) political polling on the telephone. The data shows that the trend toward religious disaffiliation documented in the Center’s 2007 and 2014 Religious Landscape Studies, and before that in major national studies like the General Social Survey (GSS), has continued apace.

From Outreach Magazine  Completion or Competition: Which Best Describes Your Church?

The changes underway in the American religious landscape are broad-based. The Christian share of the population is down and religious “nones” have grown across multiple demographic groups: white people, black people and Hispanics; men and women; in all regions of the country; and among college graduates and those with lower levels of educational attainment. Religious “nones” are growing faster among Democrats than Republicans, though their ranks are swelling in both partisan coalitions. And although the religiously unaffiliated are on the rise among younger people and most groups of older adults, their growth is most pronounced among young adults.

Furthermore, the data shows a wide gap between older Americans (baby boomers and members of the silent generation) and millennials in their levels of religious affiliation and attendance. More than 8 in 10 members of the Silent Generation (those born between 1928 and 1945) describe themselves as Christians (84%), as do three-quarters of baby boomers (76%). In stark contrast, only half of millennials (49%) describe themselves as Christians; 4 in 10 are religious “nones,” and 1 in 10 millennials identify with non-Christian faiths.

However the news is not all bad. Each year Outreach magazine tracks the 100 fastest-growing, largest, and reproducing churches in America. These churches are finding unique ways to reach unchurched people from every demographic. Read their stories at Outreach100.com.

Content except for final paragraph adapted from PewForum.org and reposted here by permission.