Home Features How Jesus Responds to Corruption and Injustice 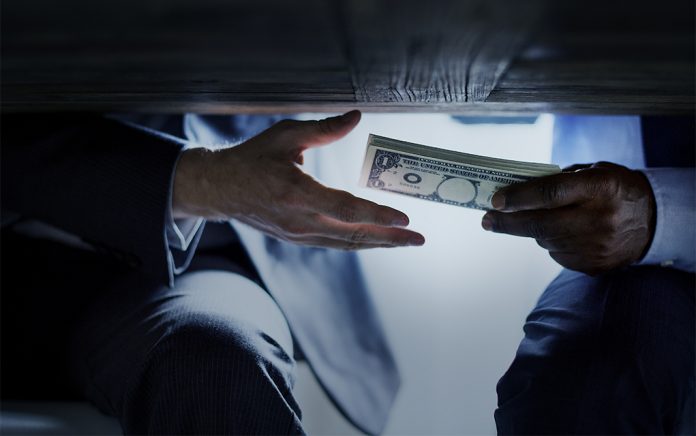 Jesus didn’t speak kindly of the corrupt leaders of his day.

We live in exciting and turbulent times. Exciting if you’re an unaffected onlooker, chilling out in front of CNN. Turbulent if you are one of those directly affected by the cheaters and crooks in power.

Some folks try to shut me up. They tell me I shouldn’t comment on injustice in politics. “Jesus said nothing about politics!” they proclaim. An assertion which is clearly false, as you’ll see in this article.

Ultimately though, the command to love my neighbor compels me to care about the things that affect them—including injustice, exploitation and corruption.

Those who have the privilege of being unaffected by the fallout that comes from above often have the luxury of ignoring politics or remaining quiet about injustice. But that simply does not sit right with me.

Here in Cambodia, we deal with the cancer of corruption at every level from the very top, right down to a neighborhood level. The fish truly does rot from the head down—if you catch my drift.

Twice, I’ve been illegally evicted from slums along with my neighbors to make way for private developers. In one place, the very spot where we once lived is now occupied by a gaudy high-end restaurant surrounded by a parking lot full of Range Rovers and Hummers.

On a micro level, when I wanted to register my motorbike and get a license plate, my village leader demanded a bribe to sign the papers. I refused to pay on the basis that I would be making it worse for the guy who came along after me with less money. I rode that bike with no license plate for months, ducking away from the police when needed. Fun and games when poverty is criminalized.

Of course Jesus had a whole bunch of acid things to say about corrupt and crooked leaders. But too often we don’t have eyes to see what he was saying, or we reframe it as “spiritual” because we don’t understand the political situation of Judea during the days of Jesus.

Context is important, so humor me for a couple of minutes while I explain the political situation in Judea 2000 years ago.

Remember that in 61 B.C. all of Judea had been conquered by those crazy Romans. But they were like absentee landlords. The Romans pretty much delegated their power to local political leaders—who were a bunch of religious thugs and charlatans. Sure, the Roman governor was the most powerful political figure in Judea. But Number Two Big Dog in the land of Judea was Senior Pastor Caiaphas, the high priest.

By the time Jesus came on the scene, the whole place was in upheaval. These were exciting and turbulent times for the people of Judea. Four competing groups had risen up to hold power and influence:

1. The Sadducees who sucked up to Rome and reaped the benefits

2. The Pharisees who wanted separation from Rome and a religious state

3. The Zealots who wanted to overthrow Rome with a well-regulated militia

4. The and the Essenes who were the hippies of their time and lived in communes

To imagine that these guys were just a motley assortment of priests and pastors who sat around doing inductive Bible studies and critiquing Jesus on minor theological points would be to miss the point. (And we certainly don’t need Jesus to be speaking out against the Roman leaders, who were mostly thousands of miles away, to see that Jesus addressed political leaders.)

So, the group with the most political power were the Sadducees. These guys—also known as the Chief Priests—hugged the Romans tight in their sycophantic embrace, a stance that drive the Pharisees nuts. But as a result of their bootlicking, the Sadducees were given political responsibility for all kinds of things:

The Sadducees also controlled the Temple—which was more simply than a megachurch with nice architecture. It was the very center of Jewish society and governance. They held a lot of clout, both religious and political.

But the Sadducees weren’t the only ones with authority in Judea.

Remember the little old lady who brought her two coins to the Sadducee-controlled temple? Jesus pointed out her actions to his disciples. But what we usually miss is that Jesus singles her out as an example of the corruption of local leaders:

“Watch out for the Scribes … They DEVOUR WIDOW’S HOUSES and for a show make lengthy prayers. These men will be punished most severely.”

“Jesus sat down opposite the place where the offerings were put and watched the crowd putting their money into the temple treasury. Many rich people threw in large amounts. But a poor widow came and put in two very small copper coins, worth only a few cents.

“Calling his disciples to him, Jesus said, ‘Truly I tell you, this poor widow has put more into the treasury than all the others …’” —Mark 12:38–43

These Scribes, sometimes known as the Teachers of the Law, were like government officials who were well versed in the law and local governance.

Need a marriage certificate? Divorce papers? Loan documents or a mortgage contract? You had to go see the snooty Scribes, who for a small fee would sort it out for you. Every village had at least one Scribe. Of course, this system was as corrupt as Trump’s inner circle.

That’s why Jesus accused them of devouring widow’s houses. They had a bit of a scam going. Imagine a poor woman, illiterate and desperate, has just lost her husband. She’s forced to go to the local Scribe to sort out her inheritance. These Scribes would often take advantage of her vulnerable state to swindle the widow out of what was rightfully hers. They “devoured widow’s houses” by cheating them out of their inheritance.

Obviously, this kind of corruption made Jesus crazy mad. And corruption should incense us too, in whatever form we find it. Maybe that’s why Jesus called the Scribes and the Pharisees, “children of hell” (Matt. 23:15).

And in the passage above, he promises that they will be punished most severely for their hypocrisy and corruption.

So, I imagine Jesus sitting there all riled up, and upset by their hypocrisy. Long religious prayers. Expensive clothing. Cheating widows out of their homes. And then before his eyes an actual widow comes along, one of the victims of their schemes. And she is giving her last two pennies into the corrupt Temple system. So sad. So wrong.

What a mess. No wonder he declares that the whole dirty rotten Temple will be torn down, as he walks away shaking his head (Mark 13:2). And this very thing is fulfilled about 40 years later.

So, God deals not only with the corrupt individuals (Mark 12:40), but he promises that justice will one day come to the entire broken system that perpetuates injustice (Mark 13:2).

Is it any wonder then, that these groups of power brokers set aside their differences and came together to take down their common enemy and the man who was undermining their lucrative “side hustles”?

Is it any wonder that they eventually got sick of this radical and subversive upstart threatening their political power and the system that maintained it?

In the crucifixion showdown, the president and official head honcho of the politically powerful Sadducees, Caiaphas, engineered the charges against Jesus. And we know what happened next. Jesus was executed by the state as a criminal and insurrectionist.

Because we know the big picture, we know that Jesus forgave his accusers, overcame sin and death and ultimately triumphed over the forces of darkness that sought to bring him down.

But it wasn’t some incidental, sideline issue that Jesus called out their corruption and injustice throughout his ministry. Because the kingdom of God will be characterized by justice and good news for the poor. The kingdom of God will be a place where people boldly hold their leaders to account, because that is what is right and good for those who are downtrodden. And we hold onto his promise that those who oppress the poor and lead through corruption and violence will be held accountable.

Justice is mine says the Lord. We don’t need to carry the burden of that corruption any more, or allow bitterness to fester. Because God holds it in his hands.