Home Features What Does It Mean to Be a Pastor? 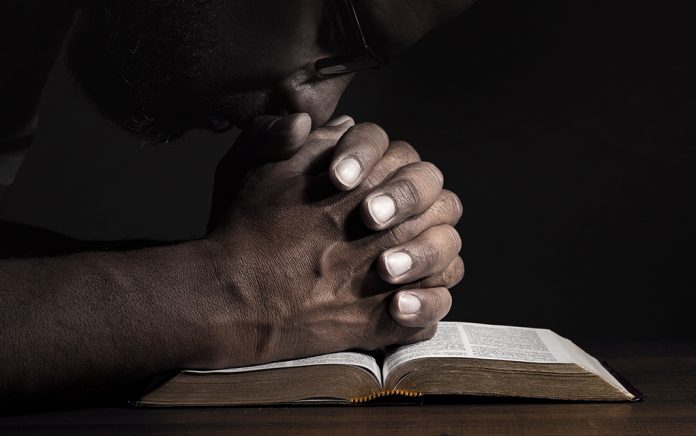 The CEO model is failing us. Here’s how the biblical model is better.

It was easy to develop a leadership inferiority complex.

My peers were frequently touting some book, some conference or some workshop designed to make me a better leader. For most years of my ministry, I couldn’t afford to buy most of those resources or attend most of those conferences, but I also couldn’t help sensing a degree of FOMO (fear of missing out). I feared missing out on some magic bullet that would make my church grow larger. After all, the bottom line of the Church Leadership Industrial Complex was about growing bigger churches. Church leadership supplied messaging that was typical of what we generally receive in the U.S.: bigger is better.

I learned, however, that bigger churches are not necessarily better churches. Sometimes bigger can mean disproportionate and unhealthy, like someone with a pituitary gland condition.

No one wants to be burned by megalomaniacs, but autocratic leaders are able to amass and impress large followings. While the concept of servant leadership gets lip service in Christian circles and is the topic of sermons and books, our behaviors generally communicate that we value dictatorial, tyrannical leaders. We might refer to such leaders as strong or assertive, but in actuality they are controlling and not collaborative. We are all aware of people who demonstrated dictatorial styles of leadership and gained a substantial numbers of followers, but wound up facing public humiliation. But leadership isn’t about the expertise or foibles of any one person.

Jesus criticized tyrannical leaders who lord it over others (Matt 20:24). Tyrants like to control outcomes, which means that they control the people they think are responsible for those outcomes. As I leader, I had to become increasingly comfortable believing that God was responsible for outcomes. Twice in my life I planted churches and like other church planters, I found some comfort in 1 Corinthians 3:5–7, the apostle Paul’s take on church growth:

“What then is Apollos? What is Paul? Servants through whom you came to believe, as the Lord assigned to each. I planted, Apollos watered, but God gave the growth. So neither the one who plants nor the one who waters is anything, but only God who gives the growth.”

From Outreach Magazine  The 10 Commandments of Long-Range Succession Planning

WHAT DOES “PASTOR” MEAN?

I want the literal meaning of the word pastor, which is shepherd, to become more evident. Pastors are women and men who genuinely care for people as a shepherd cares for sheep. When ministry success is measured mostly in terms of attendance at worship services, the role of pastor morphs into CEO rather than shepherd. Joseph M. Stowell, president of Cornerstone University, acknowledges:

“Compared to thinking of ourselves with the image of a corporate executive, thinking of ourselves as shepherds might seem old-fashioned and, quite frankly, a little passive and soft. So it’s no wonder that leaders today look to the corporate model, borrowing metaphors and images from the world of business leadership. Leadership books and seminars tend to describe and define leadership by encouraging even those of us in ministry to see ourselves as executives, basing our decisions on how a CEO would lead. It’s interesting to note that many pastors and ministry leaders actually seem to think of themselves, not as shepherds, but as CEOs.”1

When pastors regain their identity as shepherds, they are functioning most like Jesus.

“Now as an elder myself and a witness of the sufferings of Christ, as well as one who shares in the glory to be revealed, I exhort the elders among you to tend the flock of God that is in your charge, exercising the oversight, not under compulsion but willingly, as God would have you do it—not for sordid gain but eagerly. Do not lord it over those in your charge, but be examples to the flock. And when the chief shepherd appears, you will win the crown of glory that never fades away.”

Peter addresses the entire community in Chapter 5, and starts out with a focus on leadership. Humility is a key theme of this exhortation. According to Peter, elders who shepherd will ultimately receive a reward, the “crown of glory” (1 Peter 5:4), because such work is valuable to the Lord. The work of shepherding, or overseeing, according to Peter, is not about exploitative power or financial benefit, but involves service and setting positive examples for people.

Being a shepherd can take innumerable forms, but here I offer three practical insights.

1. Shepherding Is Sharing Life Together.

At one point I was having a difficult time with the leadership board of a church I served. Some of the issues were certainly my own, as I lacked confidence in dealing with opposition. But there was clearly a lack of trust on the board. It was common for members to have meetings after the meeting to express their true feelings, which were not voiced during the planned meeting. Sharing life, as vulnerable as that can be, had to characterize my ministry. I began holding leadership board meetings in my home over meals that I cooked. I did the best I could to connect on a personal level with board members, hoping that trust would develop as we shared life. Honestly, I am sure that several board members still struggled with my role. But in time, the board became more cohesive. There was more laughter in meetings; the stress level diminished. Even some of our most difficult discussions and decisions were handled optimistically and even joyfully.

One of my biggest fears over the years was the fear of losing control in the church. I was reluctant to give away responsibilities because I failed to trust that others had the same commitment and passion that I had. I often doubted their abilities as well. However, two realities became obvious to me early in my ministry: (1) I was burning myself out holding on to too many responsibilities and fearing others having power, and (2) I was disrespecting God and other people. God desires to use a diversity of people to accomplish God’s desires, and I was hindering that process by holding on to power. North American Christianity suffers in effectiveness and reputation when leaders refuse to relinquish power for the common good.

3. Shepherds Must Not Compare Themselves to Others.

Humility appears to be a losing strategy when bravado produces so many winners. When it comes to church leadership, many of us have constant fears that we are not competent enough, not morally good enough, not accomplishing enough or falling short in some other way. It only takes driving by a larger church, reading an article by a noteworthy pastor (that you surely could have written), or finding the announcement of yet another conference featuring people who must be better than you. (If those aren’t your issues, I confess that they were some of mine.)

It is easy to feel inferior when size is the main comparison. But we must keep the picture of Jesus in mind, particularly the one from 1 Peter 5. There we see a Shepherd who suffered, who did not work for financial reward or personal comfort, who did not dominate but served as an example, and who will give us our reward at the end of our journey. How much better it is to please the Lord Jesus Christ than to strive to please some different lord.