Home Features How the Global Church Can Respond to Sexual Abuse 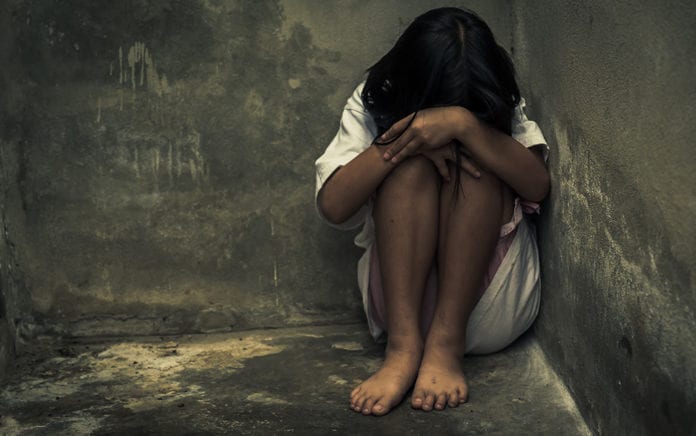 We can no longer silence the victims, but must bring their stories into the light.

I stood before her, listening to her South African lilt, revealing her sexual abuse story for the first time. The weight of it heavied my heart. I listened. I wept alongside. I prayed. I grieved.

I had just finished speaking frankly about my own story to a crowd of women in Johannesburg, and the need in the aftermath was overwhelming. It seemed everyone had my story. The #MeToo movement may have originated in the United States, but the sexual abuse crisis is a global one. Churches, institutions and ministries must deal redemptively with the hundreds of millions of stories—no longer covering up. No more allowing the darkness a victory. The secrecy around this issue must end.

Women in war-ravaged countries experience this secrecy on a global scale. One story out of the U.K. feels particularly heartbreaking, where a girl called Grace (not her real name) had been given in marriage as a child to a powerful man in an African country. She and her sister were systematically raped and forced to participate in creepy rituals to supposedly increase their husband’s status.

An uncle arranged for them to flee to the U.K., where Grace continued to be raped by the men in church families that took her in. “At the age of 37, Grace has never had consensual sex. ‘I am not the only one. There are many more women like me,’ she says, hunched over and looking down at the table. She indicates to the wall that separates the small meeting room from her friends in the adjacent room. ‘We are the most destitute and vulnerable women in the UK.’”1 Some keep secrets because they have to in order to survive.2

Some 35% of women globally have experienced some form of sexual violence, though because of the nature of secrets, this number is most likely underreported. For some countries, the statistics are even more shocking: 57% of Bangladesh women, 77% of Cambodian women, 79% of Indian women, 87% of Vietnamese women and 99% of Egyptian women have experienced some form of sexual harassment. Remember, harassment is not the same as sexual violence. Harassment involves innuendo, inappropriate comments and unwanted sexual solicitation.

Today, 120 million girls globally have experienced forced sex; 750 million girls will be married before their eighteenth birthday.3 The most commonly cited U.S. statistic for women is that one in four women have been assaulted, with 65% reporting incidents of sexual harassment.4 Because of secrecy and the stigma attached to male exploitation, the statistics for male survivors is underrepresented. The commonly held statistic in the U.S. is one in six men have experienced sexual abuse or rape. A 1998 report showed male sexual abuse is “common, underreported, underrecognized and undertreated.”5

From Outreach Magazine  The Remedy for a Year of Fear

What can the global church do about such an egregious epidemic? How can we become bearers of light in a sin-darkened world? Three ways:

We must reverse the narrative. Instead of retreating in fear for a church’s or ministry’s reputation above all else, we must dare to care more for the narrative of the victim than the “standing” of the institution. We see the fallout of this type of institutional protectionism in both the Catholic and Protestant church, where perpetrators are allowed free rein, able to move from place to place, continually violating, while survivors are threatened, silenced and dismissed. The simple question we need to ask is this: Is this how Jesus would respond? Is this how he would treat a child abused by a so-called Christian leader? We have to remember that Jesus reserved his harshest words for those who harmed the weak. He sought out the broken, the silenced, the unseen. We must do the same.

As a sexual abuse survivor, I have nearly never heard my story from the front of a church, unless I was the one telling it. We must strip this crime of its shame and bring it into the light. The shame properly belongs to the one who perpetrated, not the preyed upon. By highlighting redemptive testimonies of other survivors, churches will show they are a safe haven for the broken. Will it cause more to come forward for prayer? Yes. Will it mean more counseling and referrals? Yes. But shouldn’t we welcome the broken? Shouldn’t the church be a place of safety and healing? There is a silent majority sitting in our congregations, wondering if they are alone in their painful story. By normalizing their stories from the pulpit, the church will give each person the gift of knowing they are no longer alone in their suffering. And by highlighting Jesus’ redemption, churches like that reveal a pathway toward healing and wholeness.

There is a great amount of misunderstanding about sexual abuse. Most people who are harmed know their abuser. Predatory people are never who we expect, but are often upstanding citizens with power, and they can prey unhindered in our midst. That’s why when they are discovered, so few believe. Surely that amazing person couldn’t have done that evil thing! Leaders must return to the New Testament narratives of wolves in sheep’s clothing. We have to be willing to admit that the Enemy of our souls loves to infiltrate our flocks.

We also wrongly believe that false accusations are normative. In reality, the statistics range from 2 to 8%. When an institution believes most accusations are false, and tries to investigate to verify the story, it errs on the side of the perpetrator. In the U.S., if a minor reports rape to a church official, that official is required to report it, not investigate it. In that situation, the proper authorities can do an exhaustive investigation, get the minor the help they need, and begin the process of justice, where appropriate.

My tiny part of alleviating the devastation of sexual abuse around the world is one portion of a bigger story. Worldwide, we can become listeners, dignifying the cries of those broken by sexual assault. We can teach all the counsel of Scripture, including its rape narratives. We can obey Romans 12:15, choosing to weep alongside those who weep. We can be the hands and feet of Jesus to the sexually devastated. We can repent of preferring corporate reputation to the cries of the broken. In that place of empathetic confession, I believe we will begin to see a revived, light-filled church.

Parts of this article excerpted from We Too: How the Church Can Respond Redemptively to the Sexual Abuse Crisis (Harvest House, 2019) by Mary DeMuth. Copyright © 2019 by Mary DeMuth. Used by permission of the author.