Home Features 5 Truths My Younger Self Never Would Have Believed 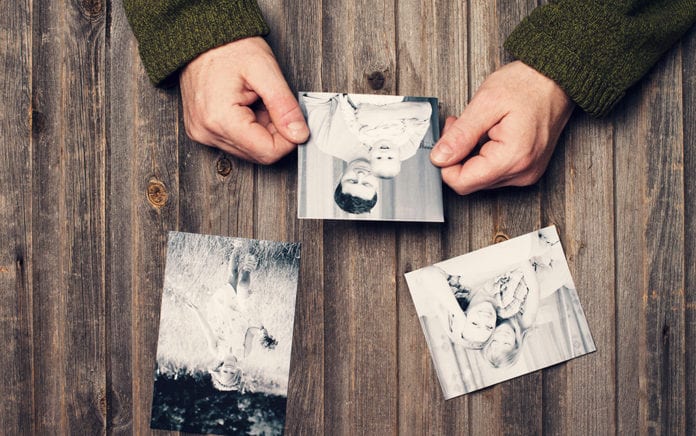 Looking back, here are important lessons I’ve learned about leadership and life.

Oh to know then what you know now.

It never works that way, though, does it?

This past weekend, I celebrated a birthday. It was a good one. I spent much of the day being grateful, but it also made me realize how much I’ve learned over the years both about leadership and about life.

So much of what I now understand and see as true, I didn’t when I was 25. And had I known then what I know now, I could have saved myself quite a bit of frustration and heartache.

As Sherlock Holmes once said, it is easy to be wise after the event.

So, in the hopes of helping other leaders be wise beforehand, here are five truths I didn’t know then that I most definitely know now.

1. You Simply Won’t Reach Everyone.

Although I was still in law at age 25, within a few years I would head into seminary and then ministry—I just assumed that our church would be able to impact everybody.

You may have had a similar thought if you’re in business. Who’s your customer? Everybody. After all, your idea is going to change the world.

Guess what? That’s not true for an organization as ubiquitous as Facebook. Even in America, only 68 percent of the population is on Facebook. Instagram? Just 35 percent.

So if platforms as big as Instagram only have 35 percent adoption, why would you think you would be any different?

As a young leader, I was miffed when people said no or walked away, and I thought if I changed my approach, they’d see the light and change their mind.

Nope. But it’s worse than that.

Not only is the exercise futile, leaders that try to be all things to all people often end up being nothing to no one and lose their effectiveness in the process.

Here’s what I now know: Some people are going to love what you offer. Others never will.

And that’s okay. As Seth Godin argues, counterintuitively but persuasively, you can be highly successful with a minimal viable audience.

For example, what I write isn’t for everybody. Nor is my leadership podcast.

I’ve narrowed down the target audience for my content to, even at it’s broadest, include motivated and teachable people with leadership potential.

That rules out a relatively big chunk of the population. Not everyone is motivated. Some motivated people aren’t teachable. And while you could argue most people have leadership potential, it’s a small number that ever decide to activate it.

But both my articles and the podcast reach millions each year.

I now see that narrow has more potential than broad. Once you see that, you can stop doing backflips trying to keep people a lot earlier.

2. The Negative Voices Won’t Go Away, but They Will Get Left Behind.

In the same way I thought I could reach everybody, I also thought if I led better the critics would go away.

I’ve learned that the critics never go away. They change, and you can reduce the criticism that comes your way by leading from a thoughtful, more emotionally intelligent place, but criticism is inevitable.

Want to avoid criticism? Simple. Stop leading. If you continue to lead, you’ll always have critics.

The critics may not be going away, but I’ve realized that they do get left behind.

Critics don’t move. They stay in the same place. You’ll attract some new ones on the journey as you move into new space, but the old ones will eventually give up on you and turn to an easier target.

What’s fascinating after a few decades of leadership is to see what critics accomplish with their own lives. I don’t want to be critical of the critics, but you will soon realize that often the answer is very little. Which makes me glad we kept moving.

Naturally, if you look back and see that most of your critics have accomplished amazing things with their lives, you may have missed something along the way.

But for the most part, critics rarely accomplish much. You move on. They don’t.

You can’t build the future on people who only know what they’re against.

As a young leader, I always wondered when I’d arrive,when I’d finally “make it.”

And, of course, you never arrive. I knew that intellectually, but there was a part of me that never believed it.

In my fifties, it means there’s so much more to learn, to discover, to figure out, to understand and to explore. Which I hope will be the way I am when I’m 80.

Never arriving means there’s so much you’ve learned that’s behind you, so much you’re experiencing around you and so much to explore ahead of you. How is that a bad thing?

From Outreach Magazine  Why 'Good People' Miss the Kingdom of God

4. Awesome Often Lies on the Other Side of Awful.

I’ve been through a few really tough seasons in leadership.

Times where our church stopped growing for a season, where the voices of critics became so loud I felt like they were the only voices I heard.

I went through a period of intense burnout that just about took me out (I write about it here).

And there have been other really hard times in the journey.

When I was in those troughs, all I could feel was the awful. What I didn’t realize, is that awesome often follows awful.

It’s not a promise in the temporal sense, but often on the other side of a really intense season of discouragement, we’d hit a breakthrough.

That’s been in true in my marriage, in my leadership and in so many areas of my life.

So now, when I hit a season that feels awful, I remind myself that awesome often follows awful. Even if I can’t feel that in the moment, it helps me not quit.

If you’re in the middle of awful, quitting guarantees you won’t keep going long enough to get to awesome. At least that’s been my experience.

Guess what? You’re a mess.

So am I. I’m a strange combination of some really good tendencies and some big flaws. As I shared in this post, I’m an Enneagram 8. A healthy 8 can save the world. An unhealthy 8 might obliterate it. (I wrote more about healthy v. unhealthy leadership and the Enneagram here.)

Looking back on my younger years, I think I believe that in my worst moment, I wasn’t loved. Acting in an unlovable way and being unloved are two different things.

I’ve realized over time that I’m always loved, even when I’m a mess.

Which helps me get out of my mess more quickly and want to avoid it more desperately. It also got me out of thinking that I had to perform to earn love.

The more you understand that, the bigger the difference it makes.

Which is exactly the reason I don’t want to stay that way.