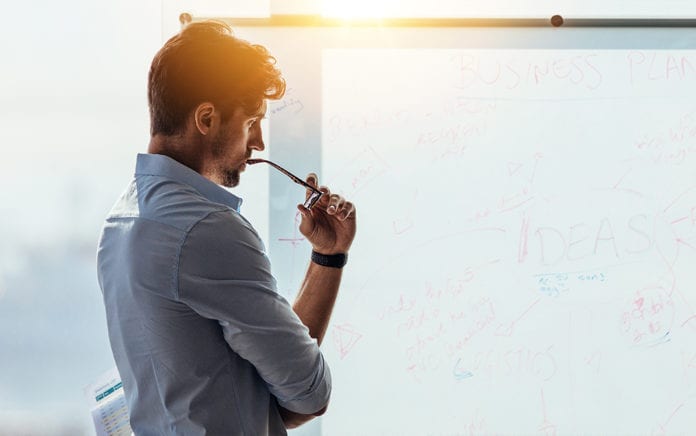 These leadership decisions are hard to commit to in the short-term, but each pays big dividends in the future.

Leadership is tough. And the toughest part always involves people.

It is interesting, however, in my experience, how often the toughest decision is the smartest decision. It’s the choice we know we need to make, but it’s the hardest one to make.

Every leader I know wants to be liked. They want to limit frustration among the people trying to follow. They want to be effective and for people to appreciate and value their leadership. Those are normal human desires.

And, making tough calls seems at times like they may jeopardize some of those things we seek as leaders.

Yet, the ability and willingness to make the tough calls—and doing it well—is what often separates the successful leaders from the not so successful.

There are many examples of tough, but smart leadership decisions. You have your own. I’ll just share a few of my own, which come to mind quickly. I’ve been guilty of all of these.

1. If the answer is going to be no, don’t delay saying no. It’s easier to say “let me think about it” or to delay saying no for a time, maybe even saying what people want to hear, but if you already know you’re eventually going to have to say no, the smarter decision—as tough as it is—is to say no now. It saves a lot of grief for you and other people. This includes saying no to good things so you can say yes to the best things.

As a pastor, one of the toughest calls for me as a leader was telling someone I couldn’t meet with them. I hated it. I want to accommodate everyone, but I learned by experience I was not always the right person. We were a large church with a very qualified staff. I sometimes complicated things by getting in the way.

In my role now, it’s often when I try to handle decisions others are supposed to make, when I commit that we can do something someone else will have to implement, or when I try to control my calendar and I’ve given control of it to someone else. (I can’t tell you how many times I double-book appointments when I get involved.)

From Outreach Magazine  4 Ways to Build a Leadership Development Culture

I also know I am not very effective if I don’t prioritize my time. As tough as it is, leader, if you don’t protect your time to do the things you must do, everyone on your team will suffer. If the answer is no—just say no.

And, if the fault is clearly mine—I messed up!

And, in today’s world, it is smarter by far to be transparent than it is to try to pass the buck. People appreciate honesty.

3. When you aren’t sure what to do next, admit it. I’ve learned there are usually people on the team who have some ideas, which can help me if I’m humble enough to ask. Years ago I learned this one as a small business owner. I should have been honest with my banker, for example, that I didn’t know what to do. I should have made him my friend. He wanted me to succeed as much as I did. He likely had resources to help if I had asked.

As tough as it is to admit you are in over your head, you’ll gain support by seeking input. Strange as it may seem, you actually add credibility to yourself as a leader.

4. If you’re about to crash, raise the white flag. This one seems especially needed for pastors these days. Yet, few pastors I know—and frankly few leaders—are comfortable admitting they are facing burnout.

Pastors (and leaders) often fear we would lose support by showing vulnerability. We have a false perception we must always appear strong for the team. (All leaders need to read about the honesty of Moses, Gideon and Jehoshaphat.)

The smarter decision is always to confide in someone who can help. Getting help before you crash allows you to finish the race.

As tough as it is to be honest sometimes, it would be better to limp across the finish line than to be taken out of commission with a permanent injury. Get help now if you need it.

5. Challenge the sacred cows. Every leader knows that change is hard. And changing the things people say can’t be touched are the toughest changes.

Truth be told, I’ve learned some of these aren’t as sacred as they appear to be. It was simply that no one ever challenged them.

I’ve also learned if a leader shies away from change he or she knows has to take place—for the long-term good of the church or organization—everything will eventually become a sacred cow. All change—even the smallest changes—will face opposition.

6. Release your right to get even. That one is tough, isn’t it? In reality, holding a grudge is much easier than offering forgiveness.

Leadership involves power, and every leader is tempted at some time to use that power in revenge. Leader, don’t do it. It never proves smart in the end. A leader is severely injured in the ability to attract loyal, trusting followers—who have the potential of becoming leaders—if he or she is ever seen as one who gets even. The vengeful leader may appear to have followers, but they really only have subjects who will turn on a dime against the leader when given a chance.

7. Take a risk on an unproven person. Good leaders like to surround themselves with competent people. Experience makes life easier for all of us.

But some of the best leadership discoveries I have made came with untested people. We took a risk. Giving a young pastor a chance before they graduated from seminary, for example, proved to be some of the riskiest and yet wisest moves in my career.

Those are seven tough, but smart decisions I have had to make in leadership.

Which of these tough decisions do you need to make today?