Home Features How the Enneagram Relates to Your Leadership 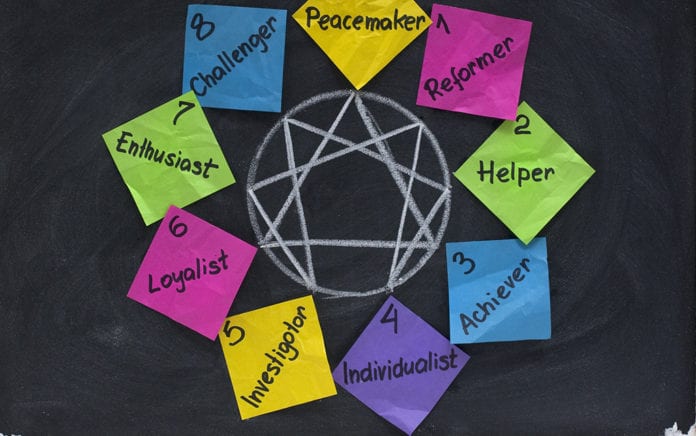 The key to healthy organizations and churches is healthy leaders.

So many leaders have asked me about the Enneagram.

And while I’m a little late to the Enneagram bandwagon, after reading The Road Back to You by Ian Morgan Cron and Suzanne Stabile, I now totally get what the fuss is all about.

If you haven’t read the book, done the Enneagram test and don’t know your Enneagram number, here’s a link to the free test that will help you discover more about your natural personality type.

So … what’s the big deal about the Enneagram?

Well, like a Myers–Briggs or Strengthfinders assessment, it helps you discover your natural personality type, which in the world of leadership, means your default approach to leadership (and life). It’s another key to self-awareness, but also to an awareness of how everyone else on your team (or personally, even in your family) is wired.

For the sake of convenience, here’s a list of the nine Enneagram personality types:

Type One — The Perfectionist

Again, if you don’t know your type, here’s a free 5–10 minute assessment that will help you discover it.

If you’re curious, it turns out I’m an Eight—a challenger (with a Seven-wing). But I almost scored as a One as well (a Perfectionist). Funny, because most friends guessed me as a Three or a Seven.

Why does all of this matter? It’s simple.

Self-aware leaders are always better leaders, and the Enneagram will help you see yourself as others experience you.

Example: Since I was a teenager, people have told me they find me intimidating, and that when I walk into a room I tend to take it over, which has always puzzled me. It’s not a question of losing my temper or anything. In fact, often I don’t even have to say a word. Apparently, I just need to stand there and say hello and people feel intimidated or like I’m the one in control. Meanwhile, I see myself as pretty average, friendly and normal.

Guess what? That’s a classic characteristic of an Eight, and there are strategies to help you overcome being intimidating.

Which, of course, really helps if you’re trying to lead and motivate a team, let alone stay happily married and raise kids.

So what surprised me most about the Enneagram?

Almost no one I talked to about the Enneagram mentioned the very real spiritual or emotional health component of the Enneagram; the conversation was more of a numbers game (I’m a Seven … are you a Three?).

And yet as I’ve worked through the material, it seems to me that your spiritual and emotional health determine far more than you think.

In fact, if you want to grow, your level of health the key. Every Enneagram has healthy and unhealthy manifestations. Cron and Stabile do a great job fleshing this out in their book, but it seems to be missing in much of the dialogue. To me, it was the most impactful part of my learning around the Enneagram.

To that end, here are five surprising truths about the Enneagram and your true leadership potential.

1. Your Emotional/Spiritual Health Is the Difference Between Awesome and Awful.

Each Enneagram Type (including yours) can manifest itself in three principal ways: healthy, average or unhealthy.

So why does the matter?

From Outreach Magazine  How to Foster a Culture of Creativity

Want to know how big a difference?

Martin Luther King Jr. and Josef Stalin were both Eights.

The difference? Their emotional and spiritual health.

You can fight for freedom, inspire a nation, and leverage your influence for good, or you can live completely paranoid and order the death of millions (some think Stalin may have killed as many or more people than Hitler).

As I’ve looked back on my leadership journey (a story I tell in my new book, Didn’t See It Coming), I write about battling against cynicism, pride, compromise and so many other challenges that stunt your growth as a leader or take you out as a leader.

As I’ve become a more emotionally and spiritually healthy leader over the years (and it’s a life-long journey), the upside of my Eight is leveraged far more than it was when I was a younger a less spiritually and emotionally mature Eight.

And I realize now more than ever that when people experience the unhealthy side of my Eight (being too blunt, aggressive, angry and domineering, for example), it’s a sign I need to immediately work on my spiritual and emotional health.

2. Underneath Your Wiring Is a Wound.

There is no perfect personality type. People love Sevens (they’re the life of every party) and Threes (amazing public speakers and CEOs) and Twos (who doesn’t love the person who always helps?), but underneath every wiring is a wound.

Christian leaders shouldn’t be surprised by this at all, because somehow everything we do in this life is impacted by sin. It’s why the helper becomes the enabler and can become so passive aggressive. It’s why Threes feel so insecure and might lie or deceive to make others believe they’re better than they are. It’s why Sevens will do almost anything to avoid pain and are often prone to addictions and self-pity.

The point is that while we all have wounds, we all have the potential for healing as well. And those wounds, the Enneagram suggests, drive our behavior out of fear, anger or shame (a powerful, and I think accurate, insight).

Cron and Stabile wisely spend a bit of time going over the childhood of every personality type and offering some ideas on what may have happened to take kids with a particular personality type in unhealthy directions. It’s less weird than it sounds, and it’s very helpful.

A lot of Eights grew up too soon or were bullied as kids (took me back to being a red-headed kid and trying to defend myself at school … something I hadn’t thought of before), or a perfectionist One who tried to grow up as a role model kid terrified of making a mistake. Or a Five who grew up with distant parents and retreated into their thoughts as an escape.

That stuff still impacts you … you know that right?

It’s why you power up when you feel threatened, or shrink into a corner and want to die when someone criticizes your work. Or why you just emotionally disengage from people.

All of which impacts your life and leadership.

Here’s what I’ve learned: If you don’t know the source of your unhealthy behavior, you can’t correct your course.

So get to the source. Understanding your wound is the first step to overcoming it.

3. You Won’t Get Healthy by Accident

It would be amazing if you woke up every morning automatically better than the day before.

I’m still waiting for that day.

The truth is that the path to emotional and spiritual health is an intentional one.

The real power in the Enneagram is not knowing your number or the numbers of the people you work with or live with (sure, that’s helpful). The real potential is that it helps you see how God created out, and how life has sapped some of that potential or marred your soul.

Understanding how you negatively impact others, confessing your sin, addressing it and taking steps to get healthier will begin to unlock your potential in life and leadership.

Where does it start? For me, it started in realizing and then confessing my sins as a human and as a leader.

If an organization’s leadership is healthy at the top, that health will most often spread through the entire organization. But the same is for the unhealthy leaders and teams; eventually, the entire body gets infected.

So, if you’ve been leading your organization for over two years and you think it’s unhealthy, look in the mirror. You likely just found the source of that unhealth.

There’s a remarkably close link between self-awareness and awareness of God.

John Calvin began his treatise on Christianity and religion with this line: “Without knowledge of self there is no knowledge of God.”

It’s fascinating that a man known for his theology (his thinking would later be called Calvinism) began with self-knowledge. Calvin believed that those who don’t know themselves will never fully know God.

The point Calvin was making runs deep. Self-knowledge will take you into profoundly meaningful places.

When you are intimately in touch with your own emotions and inclinations and deeply knowledgeable about the ways of God.

Self-aware people have a conscious knowledge of their motives, desires, feelings, and character. They are also in tune with how their actions affect others. To that end, smart leaders are in touch with their emotions because everyone else is whether you are or not.

You can’t be spiritually mature and be emotionally immature.

You know how you know this? The people who claim the greatest level of spiritual maturity but have the lowest level of self-awareness end up leading very unhealthy churches and organizations, destroying the people they work with and making you swear off religion forever.

Leaders who are afraid of themselves are also afraid of God.

Think about that for a while …