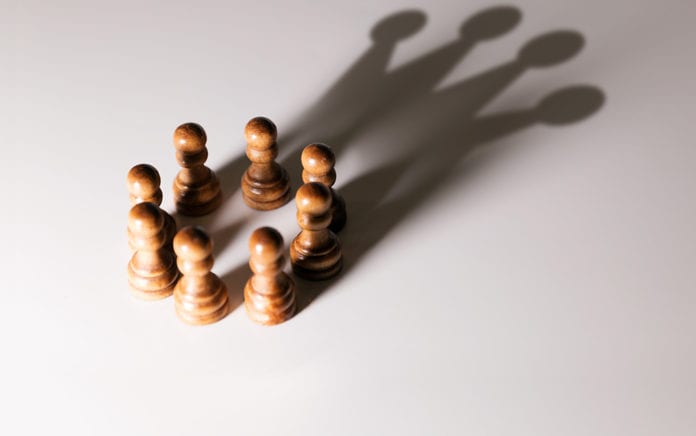 A couple of months ago, I was with my friend J.R. Woodward and the V3 Movement as they had their conference in Philly, and the theme was Reimagining Leadership. J.R.’s colleague, Dan White Jr. opened the time by saying, “We’re thinking about leadership a lot these days,” to knowing, albeit weary, laughter.

Indeed. We recently endured a midterm election. The Catholic church is in a deep crisis over the abuse victims coming forward after spiritual leaders used their powers to engage in a decades-long cover up. As a result, the Catholic community has been getting rent asunder. Evangelicals (or at least the ones who tend to be older, white, rural to suburban) have come to be known in this country as the demographic that will most reliably side with the power that promises to look out for their interests—no matter how that leadership exercises its power, its personal moral conduct, or its policies towards orphans, widows, strangers. “We need a strong leader in times like this,” I hear many say. But was Jesus a “strong leader”?

Working on an initiative at my seminary for mentoring pastors in transition, I’ve been thinking a lot about pastors and what they’re facing today. Many are discouraged, isolated, and on the verge of dropping out. I have come to believe that so much of it has to do with the theology of leadership and power that we had passed down from Christendom. What I’m finding is even if we subscribe to the missional theology brand, we might not have been able to do away with Christendom habits that continue to live within our bodies and the Christendom structures that continue to shape our churches, denominations, and institutions.

Christendom is a hard habit to break.

A Different Way of Leading for a New Kingdom

There’s a reason many pastors feel used and abused—they’ve been living as cogs in the wheels of the Church Industrial Complex (as my friends JR and Dan White say in their book, Church as Movement).

What is the remedy?

Henri Nouwen has a beautiful little book called In the Name of Jesus: Reflections on Christian Leadership, and Nouwen’s life itself is a lesson on that subject. He was a highly respected professor in an Ivy League school, but when he left all that prestige and entered into a community where he lived among people with disabilities and handicaps, he experienced intimacy with Christ.

In this book, Nouwen looked at Christian leadership through the temptations of Christ. He says we are tempted in the same way Jesus was:

From Outreach Magazine  The Desires That Drive You

1. To be relevant (turn the stones to bread),
2. To to be spectacular (celebrity preachers who draw big crowds),
3. To be powerful (control the outcome, bring about your desired end).

In the end, it’s all about power. And the way of power avoids the way of the cross. Nouwen says:

This is the way of Christendom, but it’s not the kingdom. My Anabaptist friends are very helpful in pointing this out: Christendom has conflated the cross and the power of this world for a long time; Christendom is Babylon with a cross.

The Church’s Thirst for ‘Strong Leaders’

In The Lord of the Rings trilogy, we meet Saruman. He is someone who, unlike Gandalf, went down that road of seeking power in the name of achieving good ends, like: build the church, feed the hungry, bring about a prosperous, peaceful, moral society. But along the way, power went from a means to an end, to the end itself, the ultimate good, and this happens oh so subtly. Although Saruman began as a wise man, his compromises with power ended up transforming him into a monster. A cautionary figure indeed.

We know that institutions and churches have become machines that crush underfoot the very people it was meant to bring the good news to when those in positions of power receive protection from the structures set in place by those systems in instances when abuse of power comes to light, and victims are instead silenced, shamed, blamed, and marginalized. Diane Langberg is a psychotherapist who has been dealing with systemic issues around power and abuse in churches. We need to give ear to prophetic voices like hers to help us grow in learning how to identify and fend off toxic power from infecting and disfiguring our leadership and institutions. Here’s a sample of how the machine works:

We are to have nothing to do with the deeds of darkness but rather expose them. It has often been my experience that when abuse in a marriage has been exposed the church speaks out in horror not against the abuse but rather against the exposure.

A system produces exactly what it was designed to produce, and we need to own up to our systems that have protected abuses of power, perhaps even encouraged it with our desire for “strong leaders;” systems that produce Caesars rather than likenesses of the crucified messiah. Notice what I am saying here: the problem isn’t individual bad apples; the problem is systemic.

But we, as followers of Christ, are called to resist the temptation to be powerful and follow Christ in the way of the cross. When the disciples argued about who would sit at his right and left, Jesus said: Deny yourself, pick up your cross, and follow me.

The mission of God would be much better served if the church were to find a new way than the old Christendom ways.

The theology of power that the church develops needs to better witness to the kingdom of God, not merely mimic Babylon.

We need leadership development systems that will encourage leadership fashioned in the image of Christ, not of Caesar.

Listen to what Dietrich Bonhoeffer says about our mission (HT to David Fitch for the quote) in his sermon on 2 Cor. 12:9:

“Christianity stands or falls with its revolutionary protest against violence, arbitrariness and pride of power and with its plea for the weak. Christians are doing too little to make these points clear rather than too much. Christendom adjusts itself far too easily to the worship of power. Christians should give more offense, shock the world far more, than they are doing now. Christians should take a stronger stand in favor of the weak rather than considering first the possible right of the strong.”

We are following Jesus into the world—not in triumph and success and power, but rather in weakness. We are witnesses of the crucified King.

As a theological educator, I am haunted by these questions: Are we doing an adequate job in helping our students to leave Christendom and enter into the kingdom of God? Or have we been helping to feed the machine? Are we teaching them and modeling for them and equipping them with the skills to build the beloved community (which is built on confession and forgiveness, and not built on productivity and usefulness, as a machine is), the character of servant leadership (not a star or CEO), and the theology of kingdom power that is found in weakness?

Out of earshot of students, seminary administrators and professors wonder about the adequacy of the theological seminary, a product of Christendom, for the work of mission in a post-Christendom world. Do we need new wine-skins fit for the new wine of theological education and leadership development in the rapidly changing landscape? Are there ways that the old form can be retrofitted and modified to better serve the function it was created to serve? What are they?

So many questions to keep us seeking the Lord and depend on him. May the Lord give us grace and faith to sustain us. 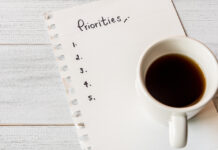 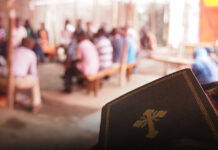