Home Features 10 Church Leadership Lessons I Learned As an Outsider 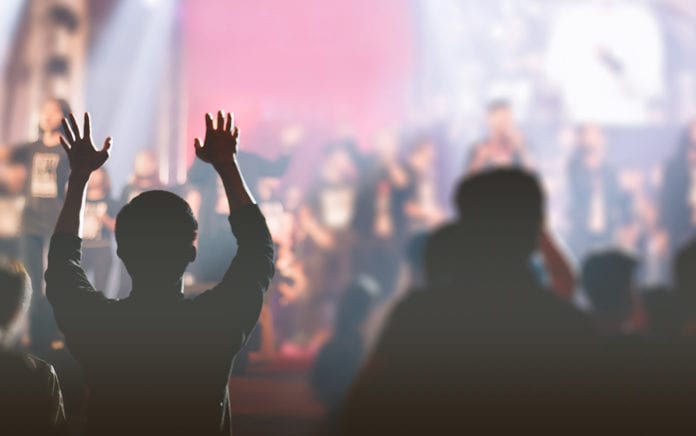 As I transition back into church leadership, here are some lessons I learned in the interim.

“What learnings from serving many churches are you taking with you as you go back to serving one church?”

It has been a common question that ministry leaders have asked me over the last several months. While serving as senior vice-president of LifeWay, I was on a team that gets to serve tens of thousands of churches a year. Every week I spoke with church leaders and listened and learned from both their struggles and the places where they saw the Lord working. I was also a part of several large-scale research projects and benefited from the wisdom and expertise of the LifeWay Research team. I learned a lot that I am taking with me as I have moved back into the local church. After serving the broader Church for seven years, here are 10 learnings that I believe will be shaping my ministry for years to come.

1. Sadly, Leaders Can Grow a Ministry While Their Hearts Grow Cold.

I really wish this was not true because of the damage it creates, but leaders can lead and scale a ministry while their inner character is imploding. Leaders can build ministries while their faith and their families are deteriorating. Jesus said, “Apart from Me you can do nothing,” which means all that we build apart from Him is worth absolutely nothing in the end. Seeing ministry leaders who I respect implode has not caused me to think, “This will never happen to me,” but has given me a greater sense of my fragility. I need His grace to sustain me.

2. How a Leader Treats His/Her Team Sets the Tone for Relationships in the Church.

3. Discipleship Apart From the Word May Be Informational or Behavioral, but It Won’t Be Transformational.

Because to be a disciple is to be a learner, churches can disciple people in all sorts of things. They can help people learn to change their behavior. They can help people learn lots of information about cultural issues. But discipleship that is Christian is not merely informational or behavioral. It is transformational. If we want our discipleship to be transformational, to change the affections of people, the discipleship must be grounded in the Word. Every study I was apart of at LifeWay found that engagement with the Scripture is the most important predictor to spiritual maturation.

4. Imperatives Must Be Rooted in the Indicative.

Justin Taylor offered a pithy and helpful equation: “Imperatives – Indicatives = Impossibilities.” It is impossible for people to live the Christian life apart from their hearts being melted and motivated with the grace of God. In the Scripture we find the apostle Paul giving imperatives (commands), but these commands are rooted in the indicative—what Christ has already done for us.

Forgive as Christ has forgiven you, accept one another as Christ has accepted you, give generously because He who was rich became poor for you, and so on. Churches that preach commands (and they must be preached) without rooting those commands in what Christ has done enslave and burden people with a list of things to do without the power to live them out.

5. Culture Is Not Changed or Sustained Until the Beliefs and Values Are.

Church leaders can push hard and change some overarching church behaviors for a season, but the change won’t be sustainable if the behaviors are not rooted in values and beliefs beneath the surface. For example, a culture of developing leaders won’t exist until there is shared belief that ministry is for all people and that pastors are developers not doers and until there is shared values around the necessity of leadership development. Culture is only sustained when the practice of the church is deeply connected the collective beliefs and values of the church.

Health professionals know that without a simple plan the vast majority of people will not exercise and eat healthy. In a church, a simple process and plan for discipleship allows for scaling. I have had numerous conversations with church leaders who have a robust plan for discipleship with very low engagement in their plan. If a church’s discipleship strategy is cumbersome or complicated, it likely won’t be scaled and the number of people who engage it will be very limited. Whether using groups or classes, wise leaders make their plan simple for the sake of the people in the church

7. Groups Anyone Can Lead Can’t Provide the Care Everyone Needs.

For a season a common phrase that church leaders used was, “If you can press play and make coffee, you can lead a group.” These leaders desperately wanted to recruit new leaders but they often made additional and contradictory statements about the groups in their churches. If that is true then the statement, “get plugged into a group so you can be well-cared for” cannot be true. Both statements can’t be true. If churches want their groups to disciple people and shepherd people then it can’t be true that leading a group is simply pressing play and making some coffee.

From Outreach Magazine  When Evangelism Makes You Cringe

8. Risk and Discomfort Are Key Ingredients for Spiritual Growth.

If you have ever lifted weights you know that the only way to grow muscle strength is to overwhelm your muscles, to put them in a place of discomfort. In the same way, we don’t grow into Christlikeness in our comfort zones. The research projects I was involved in at LifeWay reminded me of several fundamental truths related to risk and spiritual maturation. For example, we discovered that those who adopt an outward perspective and serve others put themselves in a position where they must rely on God’s power to sustain them. We also discovered that those who are vulnerable and transparent in a group of other believers put themselves in a position to be matured in Christian community.

9. Church Can’t “Only Be About the Weekend.”

One of my mentors Brad Waggoner has joked that in the 1990s senior pastors broke up with their discipleship pastors and ran off with their worship pastors. His assertion (one that is often true) is that the weekend worship services became such the primary focus that discipleship outside of the weekend was neglected. Many churches are living with the unintended consequences of that move. The answer, however, is not to diminish the importance of the weekend worship services but to ensure they are not cul-de-sac experiences that end with themselves but that the weekend services constantly nudge people to other places of growth and connection.

10. The Debate About “Discipleship or Evangelism” Is Foolish.

In one corner is the “evangelism is primary” group and in the other corner is the “discipleship is primary” group. While the two groups spar for a watching audience, the fight is useless and unfruitful. Not only are both important but they fuel each other. Those who are changed by the grace of God tell others about the grace of God. Those who have been effectively discipled have been discipled to share Christ with others or the discipleship wasn’t Christian. Simultaneously those who “evangelize” without inviting people into a new community of faith and a new kingdom aren’t really making disciples as much as they are “recording decisions.” Healthy discipleship results in evangelism and healthy evangelism results in discipleship. They must not be separated.