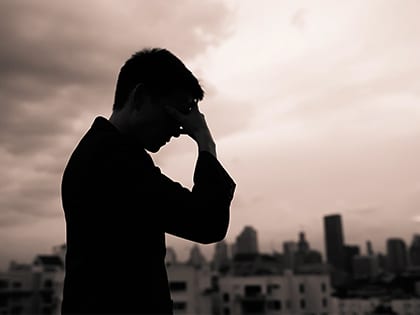 There are so many lessons we can learn from the wreckage, but one in particular is seared into my psyche.

No one has breathed more vision and challenge into my vocational world than Bill Hybels and the fleshed-out picture of the church exhibited by Willow Creek.

I’ve known Bill for a long time. I’ve been in his home in South Barrington and he has been in mine in Charlotte. I’ve stood on the deck of a boat with him where he summered in South Haven, Michigan. We’ve been on mentoring retreats together. He traveled to Charlotte many years ago to speak at our church in support of a capital campaign. He’s endorsed many of my books. I’ve taught at Willow Creek conferences and at Willow Creek itself. We were just together again this past February when we led a conference together in England.

Which is why his newly revealed, deeply entrenched, shadow life has felt so distressingly … personal. Attempting to reconcile the man I respected (and felt I knew) with what has come to light has been as confusing and disturbing as any reconciliation I have ever had to make.

And I still haven’t made it.

What people have been able to do is gather leadership lessons from the wreckage. The man (and church) who singlehandedly put the importance of the spiritual gift of leadership in the life of the church on the map for our generation has (ironically, from horrific failure) given us many final lessons.

The lesson most people have put forward has to do with the need for accountability; and, to be sure, that lesson does seem to be the lowest-hanging fruit. As important as this lesson is, the sad fact is that you can have all the accountability structures in the world in place and they will not prevent the willful pursuit of sin in the darkest recesses of a person’s private life, or hotel room. The greater accountability debacle was not what wasn’t in place, but how what was in place failed. We now know that many, many people knew of both the culture at Willow and the false persona and misdeeds of Bill, yet did not confront him with their knowledge.

From Outreach Magazine  5 Keys to Seeking Unity in the Church

Another lesson is the importance of building sexual fences in your life, something I have long advocated. But sexual fences are designed to keep you from falling into the snare of temptation; they are meaningless if you are choosing to willfully pursue sexual misconduct. Sexual fences only protect those who want to be protected; they do nothing for those who do not.

Many have talked about the pride that comes with “celebrity status,” cultivating an above-the-law mentality in the hearts of such leaders. And, to be sure, pride comes before the fall. And there is the “celebrity status” of leaders itself that is toxic. Others have rightly pointed out the perils of power. We focus on the sexual side of this sordid tale, but it’s also about the use (and misuse) of power. With #MeToo must come #ChurchToo.

There are so many other lessons: Crises in the church are not to be “handled” but met with grace and truth, transparency and honesty; we need to listen and protect and care for those who have been abused and harassed, not self-protect or dismiss; cults of personality or personality-centered churches are patently unhealthy. The list goes on.

While almost every leadership lesson being offered in the aftermath of this mess is spot-on and I must let them seep into my own leadership role anew, a single, simple lesson has seared itself into my psyche:

Whatever the leadership gift can build, a lack of integrity can, and in the end will, destroy.

I just hate how it was taught.

Editor’s Note: For those who may not be familiar with this, here are some of the recent stories in the news of late: