Home Features The Danger of Chasing the Latest Ministry Fad 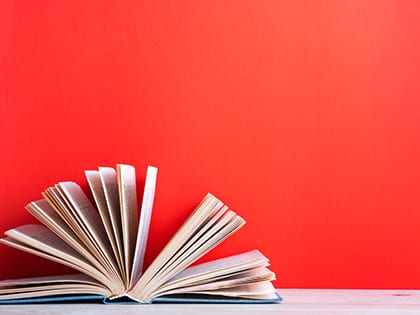 Making broad sweeping changes based on the latest book you read will leave you constantly chasing the wind.

As I have aged and grown in my own intellectual acumen (for better or worse), I’ve noticed a pattern in other intellects. There are certain people whose beliefs, convictions, methods and strategies are based upon the last book they read.

In other words, they are highly impressionable.

It’s not a good pattern.

It has led to pastors who lurch their church from model to model, emphasis to emphasis. It has led thinkers to go from theological persuasion to persuasion, conviction to conviction. It has led ministries and staff to fear the latest conference their leader has attended, not knowing what will be “announced” upon their return.

Why does it happen?

One reason is because of a lack of depth. I know that sounds condescending, but I have to let the weight of the statement remain. If you can’t outthink various experiences or exposures, then you can’t really think; or, at least, you aren’t really thinking. It’s not that you try to be immoveable, it’s that you try not to be merely impressionable.

Another reason is because of a lack of conviction. You are resting on the waves of an ocean, going where the current or breeze takes you. It’s not that you’re sticking your finger in the air to see where the air is blowing; it’s more that you’re a boat on the ocean without an anchor that is moved by the latest current. Everyone should have a deep anchor forged from conviction and experience, knowledge and learning, reflection and prayer.

From Outreach Magazine  Ohio Church Connects With Refugees ... Through the Dinner Table

If that anchor is not there, you’re subject to every current of the wind.

Let’s be clear. This doesn’t mean you are to go through life closed-minded. Far from it. It means you go through life open-minded … but “minded.” In other words, you know how to think.

I am reminded of C.S. Lewis’ classic first installment in The Chronicles of Narnia. When Peter and Susan go to the professor with Lucy’s story of Narnia, they are surprised at the way he engages it.

“Logic!” said the Professor half to himself. “Why don’t they teach logic at these schools?”

He might as well have said, “Thinking! Why don’t they teach how to think at these schools?”

It is one thing to honestly change your mind through careful reason and reflection. It is another to let your mind be changed by nothing else than someone else’s rhetoric or reason.

Now, hear my heart. I’m not saying there is one true north better than another within orthodox Christianity for the strategy of the church. From the New Testament, it’s clear that a number of different churches (in style, method, structure) were celebrated as the Holy Spirit organized and orchestrated them to reach the world.

From Outreach Magazine  5 Realities About the Weight of Pastoring

What I do want to say is that being led this way—based on the last book you’ve read or the last conference you’ve attended—is not healthy. And it will hurt your church. They need a steady course. Yes, a course altered by various learnings, but not re-navigated in such a way that it results in a loss of identity.

So keep reading and attending. Just keep thinking while you do.