Home Features What’s Your Definition of a Hero? 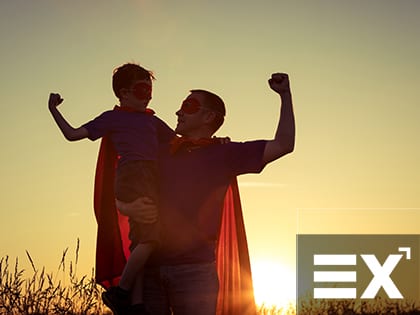 Reflections on our motives, methods and measures and the process of making heroes.

IN SEARCH OF HEROES

Heroes. We’ve all been influenced by them, and we all want to be one.

Recently, we celebrated Memorial Day. On that day we celebrate the unsung kind whose impact is larger than life. The men and women who not only go into harm’s way and risk their lives, but the kind who actually make the ultimate sacrifice. They lay down their lives and die for others. Not that they might get the glory, but that others would benefit from their sacrifice.

Paradoxically, the heroes we celebrate on Memorial Day are different than the superheroes that Hollywood draws us to. We’ve added the “super” to distinguish the immortal from the mortal. But, if we are really honest with ourselves, we want the power and impact of Superman without the sacrifice of dying (or at least dying to self).

As a kid, I never aspired to be in the military (although I ended up there), and my career path and personal drive certainly lacked an altruistic dimension. But I do remember wearing my Superman cape with intentions of saving the world from evil.

“Faster than a speeding bullet, more powerful than a locomotive, able to leap tall buildings in a single bound, powers and abilities far beyond mortal men, changing the course of mighty rivers, bending steel in my bare hands, and fighting a never-ending battle for truth, justice, and the American way.”

Although I knew I’d never become the next Superman, down deep I longed to be a hero. We all do. It’s a natural consequence of living in a fallen world and of being called to be, and to live, more like Jesus, our ultimate hero. Jesus is the only hero deserving the “super” as he’s the only one who conquered death by his sacrifice.

What distinguishes the heroes in your life from everyone else? What are the irreducible core characteristics that make someone a hero in your eyes? What is your measure of success in hero making?

Our Exponential 2018 theme, “Hero Maker” has challenged me more than any other in our 13 year history. It’s prompted some deep reflection on what it means to be a hero and to become a hero maker.

Memorial Day represents a special tribute when our nation reflects on the impact of its unsung heroes. It’s a great time for us to reflect more deeply on just what heroes are.

THE ANATOMY OF A HERO

In aggregating the definitions from several different dictionaries, we find that heroes are defined as “people who are admired for bravery, courageous acts and noble character, have special achievements and abilities, play the main character or critical role in an event, story, period or movement, exceed the call of duty, are motivated by pure motives for doing what is right regardless of the consequences, and are regarded as role models for others.”

Many people who hear the word “hero” immediately think of the brave men and women who’ve given their lives for our country. Prior to Memorial Day, Gallup Research released a survey that gives insights into the characteristics that Americans see in its military heroes. Here’s an excerpt:

“Among Americans’ frequently given reasons for holding the military in high regard are their perceptions of the professional and competent way in which the military has executed its responsibilities, service members’ selfless actions in putting themselves in harm’s way for the benefit of others and on the importance of what the military does for the country.”

Professional, selfless and part of something bigger than themselves. Sounds like a great foundation for hero making. Imagine a country where every citizen could stake that claim regardless of their circumstances and no matter what they do vocationally.

From our definition above and from Gallup’s description of military heroes, we can extract at least four key distinctives that characterize true, unsung heroes:

Let’s test this criterion! How about military servicemen, firemen and policemen who risk their lives daily to protect others? Check. The 16-year-old unwed girl who chooses life and adoption rather than abortion for her unborn child? Yes to all four characteristics. How about the public defender who works long, thankless hours for far less financial reward than their peers to help the less fortunate in society. Yes again.

FROM HERO TO HERO MAKER

It’s easy to miss the truth that behind every hero is at least one hero maker. It could be a mom or dad, a friend, a coworker, a teacher, a coach or you and me. We are all capable (and even called) to be hero makers. Hero makers are those supporting cast members who sacrificially invest in others with what Bob Buford refers to as permission, encouragement and applause.

Hero makers are unsung heroes who produce the 100X impact that Jesus calls each of us to. But as Jesus said, this type of radical return requires faithful surrender in contrast to the world’s scorecard of success. We must take a personal inventory and ask, “Am I focused primarily on being the hero at the center of my story, or in becoming the hero maker in the stories of others?”

Most of us don’t wake up each morning thinking, “Today, I want to be a hero!” But, if we’re really honest with ourselves, we do see life through a hero bias instead of a hero maker’s posture. The next time you watch an epic adventure movie, pay close attention to which characters you project your life onto. Most of us see ourselves in the starring role and don’t naturally see ourselves as supporting cast members.

Hero making requires us to surrender the starring hero role to become a supporting cast member who brings out the best in others. We must become less so others can become more. Jesus modeled this for us. He expects it of us.

Imagine the impact if each of us sincerely asked the question each day, “Who can I invest in making a hero today?” This type of posture requires a shift in our paradigm and approach.

SHIFTING OUR MOTIVES, METHODS AND MEASURES

Change does not come easy. To move from hero to hero maker requires at least three shifts. We must shift our:

Motives—We must shift from a “me-centric” motive to an “others-biased” motive, rooted in making the name of Jesus more famous rather than our own. Hell is real, Heaven is now and our motives must be rooted in the truth that people matter to God. The mission has urgency and the consequences impact eternity.

Methods (focus)—We must shift our approach from one characterized by, “I can do it; you can help” to one rooted in “You can do it; how can I help?” Our priority must shift from what we accomplish, accumulate and leave behind to whom we invest in and catapult forward beyond us.

Measures of Success—We must shift our scorecard measures from addition thinking to multiplication thinking, from numbers on earth to people in Heaven and from our kingdom to God’s kingdom.

My next article will provide an overview of the five essential practices of hero-making.

Interested in assessing how you are doing on the five essential practices of hero making? We’ve created a simple, FREE online tool that takes less than 30 minutes to complete. You will immediately see your level of hero making on a five level scale.